3 min read
Last weekend's races in Spielberg were overshadowed by severe accidents, which fortunately looked "only" spectacular for the most part and did not result in worse injuries. Now there are a few updates.

Last weekend’s races in Spielberg were overshadowed by severe accidents, which fortunately looked “only” spectacular for the most part and did not result in worse injuries. Now there are a few updates.

Syahrin got away with bruises

As reported Enea Bastianini crashed with an highsider in Moto2 and his bike was left behind a hilltop on the track. Hafizh Syahrin could not see the bike in time and collided with it at full speed. He was medically treated on the track for minutes and finally taken to hospital.

During the examinations it turned out that he did not suffer any fractures. He only has severe bruises, especially in the hip and leg area. Syahrin complains of severe pain, but is glad that nothing is broken. Whether a start this coming weekend is possible remains open.

Zarco has to be operated

In MotoGP Zarco’s rear wheel and Morbidelli’s front wheel touched, causing both to crash. Both motorcycles first crossed the gravel bed, before they crossed the track again due to the course of the track and only just missed Valentino Rossi and Maverick Vinales.

The incident is being investigated and there will be hearings on Thursday. Morbidelli is said to claim that Zarco deliberately braked in front of him and caused the accident. Zarco disagrees and claims to have braked even later than usual.

The crash did not end quite so easily for the French MotoGP rider. As he still had pain in his right wrist on Monday, he had an examination and a fracture in his scaphoid was found.  He will have an operation in Modena / Italy today and then he will return to Spielberg.

Whether he can participate in the race on Sunday is still open. According to the rules a MotoGP rider must wait at least 48 hours after an operation before he can get back on the bike. This means that Zarko could miss at least part of Friday’s practice sessions. Otherwise it depends on how well he copes with the injured hand. 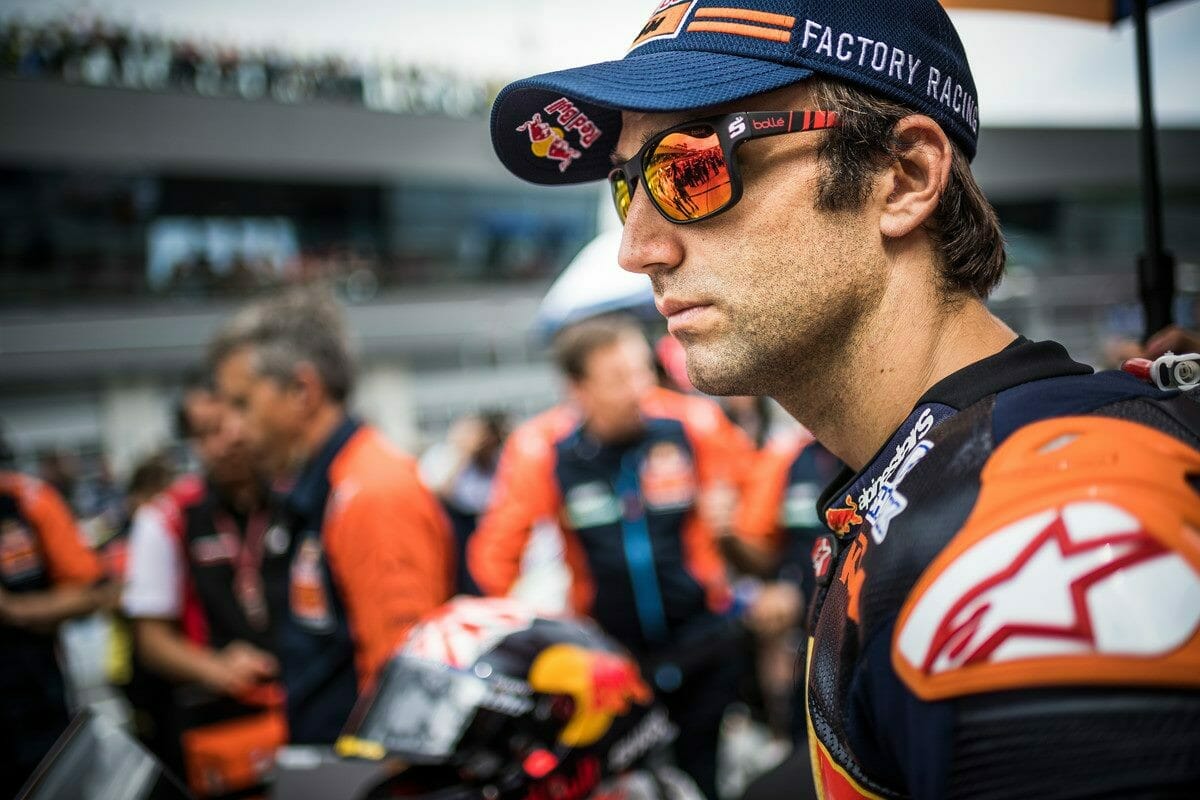