After being diagnosed again with “diplopia” and dropping out of the last two races (because of it), Marc Marquez is back on the track and has done his first laps.

In a violent highsider during the warm-up to the Indonesian GP, Marc Marquez again suffered a paralysis of the fourth right optic nerve, which led to diplopia (double vision). He had recovered shortly before from double vision that had lasted for months.

Apparently, this time the injury is not as severe as it was at the end of last season, as Marc Marquez was already doing a few laps on the track again today (05 April 2022), as Visor Down reports. However, he did not get on a MotoGP rocket yet. He conducted the test on a Honda CBR600RR.

Official details of how the test went have not yet been announced. But it is already a good sign that he has ridden again. Whether he can start this weekend at the race on the Circuit of the Americas, is not yet clear. 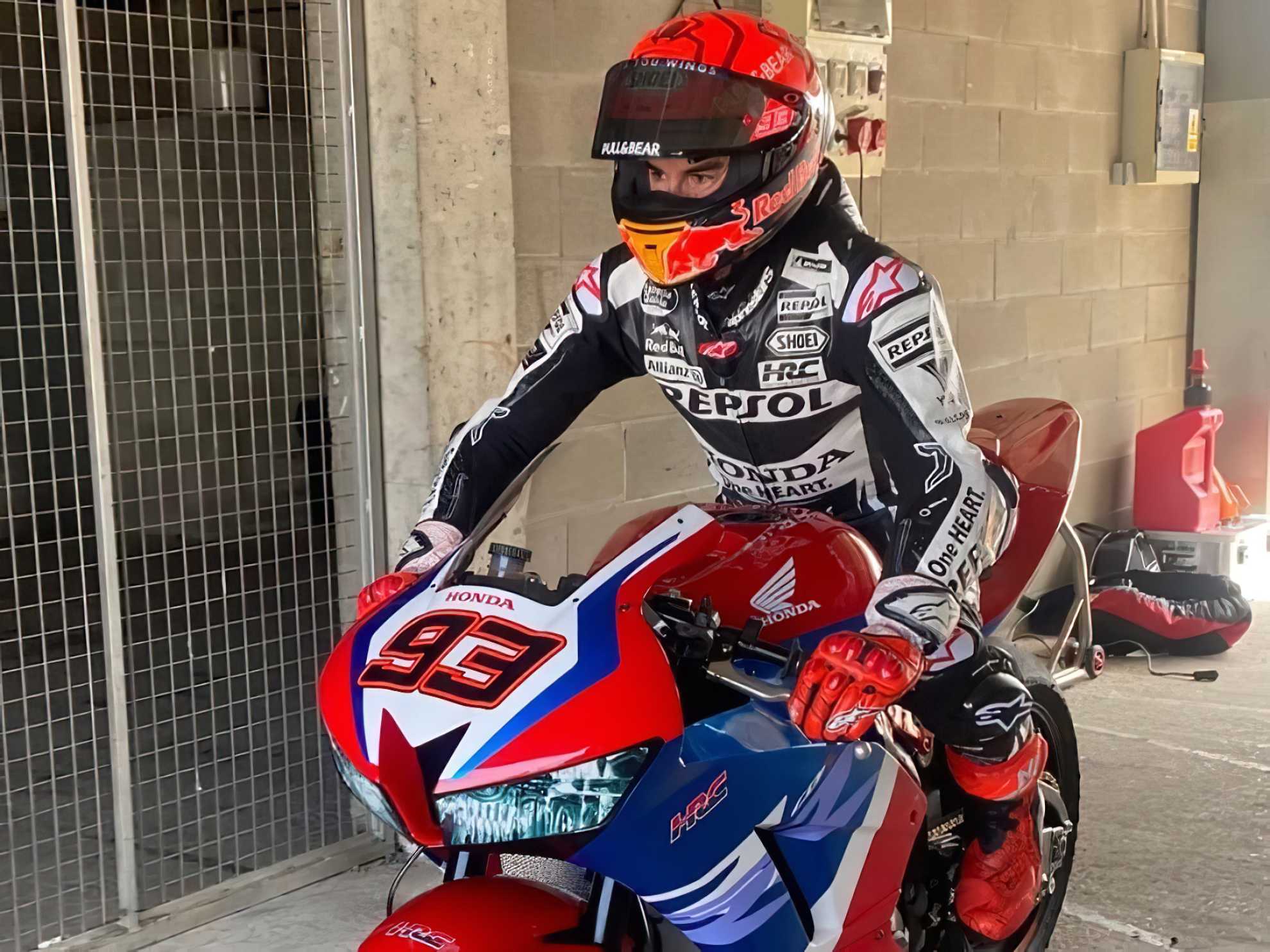