On Tuesday evening, a 30-year-old car driver had already hit several motorcyclists on the Berlin city motorway A100 (Germany). Authorities classify the incident as an Islamist attack.

Targeted attack on motorcyclists and scooters

First, the perpetrator had grazed a car. Then a motorcyclist was rammed, who suffered severe head and vertebrae injuries as a result of the fall. Afterwards he grazed a scooter driver and pushed another motorcycle onto another car.

The incident occurred around 6.50 pm. The driver rammed a total of three motorcycles between the Wexstraße junction in Wilmersdorf and the Alboinstraße in Tempelhof. He hit a scooter driver at the Innsbrucker Platz in Schöneberg.

He is said to have rammed a total of five vehicles. At the Alboinstrasse exit, the Opel, which was equipped with fake license plates, came to a stop.

He threatened with a bomb

He threatened local police officers with a bomb that was supposed to be in an armory box. The man was arrested. There were only tools in the box.

The Attorney General’s Office considers the accidents to be deliberate attacks on other road users. According to current findings, an Islamist-motivated attack is suspected, but psychological problems are also conceivable. So far, no clues have been found that link the perpetrator to a terrorist organization. However, he is said to have been treated for psychological problems.

The suspect Iraqi Sarmad A. lived in Berlin-Reinickendorf and was already known to the police. His application for asylum was rejected, but he has been tolerated since then.

Six people were injured in the attack on the A100, three of them suffered severe injuries. One motorcyclist and one scooter driver had to be reanimated. 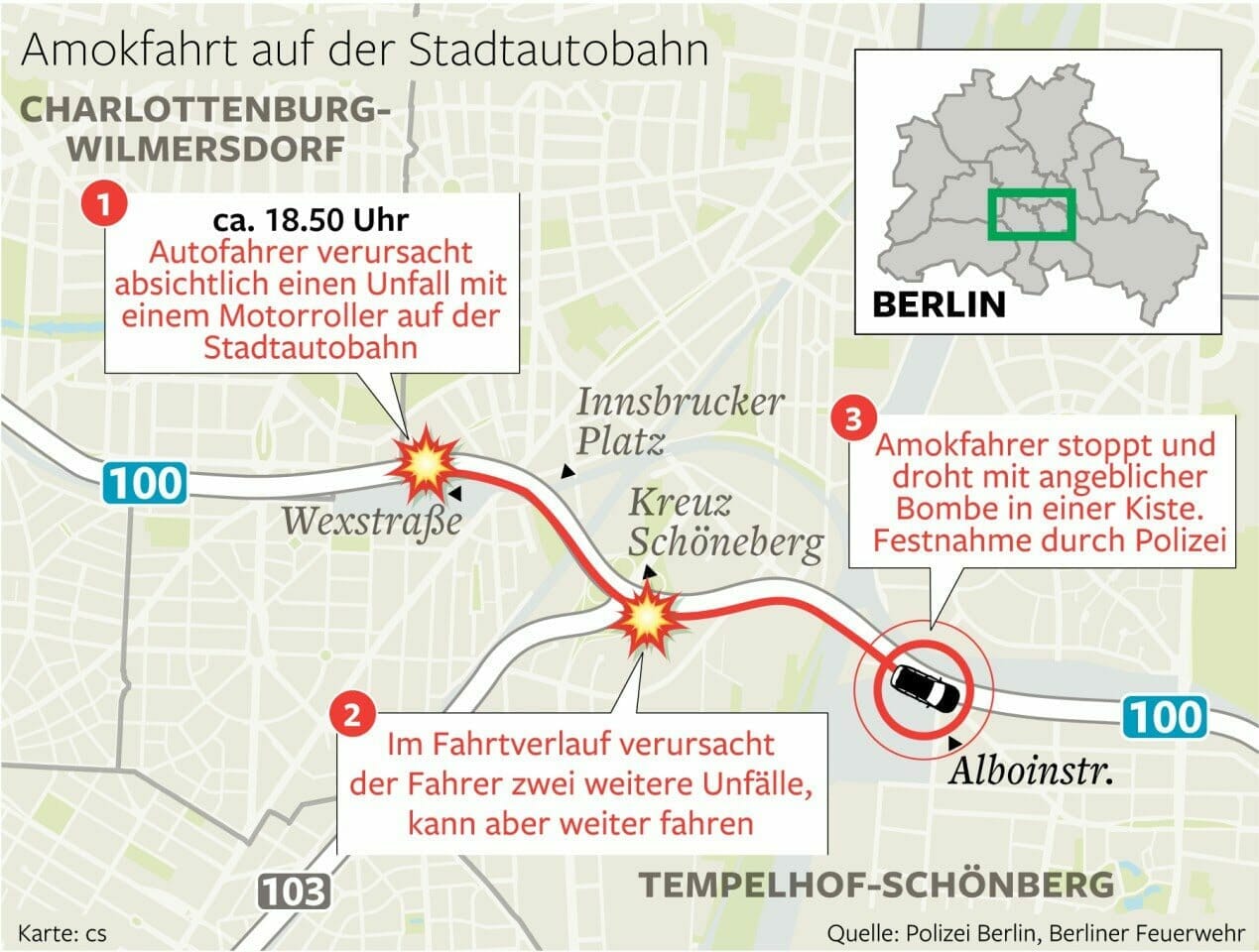 News of the road Polizeibericht