As HRC test rider Stefan Bradl revealed in an interview with ServusTV, he will be taking part in the remaining MotoGP races of the season. Marc Marquez will therefore not be competing in any more MotoGP races this year.

Marquez stays out longer than planned

Marc Marquez broke his right upper arm during a highsider in Jerez. After an operation he tried his comeback the very next weekend. He started training on Saturday, but had to stop in qualifying. A few days later it was announced that his injury had worsened due to an unfortunate movement when opening a window. Another operation became necessary. Afterwards they spoke of a recovery time of about 3 months.

This time has now passed and Marquez has not yet been able to return to MotoGP. Only recently there were rumors that even a third operation would be necessary. This was denied by HRC.

It is now clear that Marc Marquez will not be competing in any more MotoGP races this year. Stefan Bradl, HRC test rider and currently Marc Marquez’s replacement, has revealed this. An official statement from HRC is still pending. 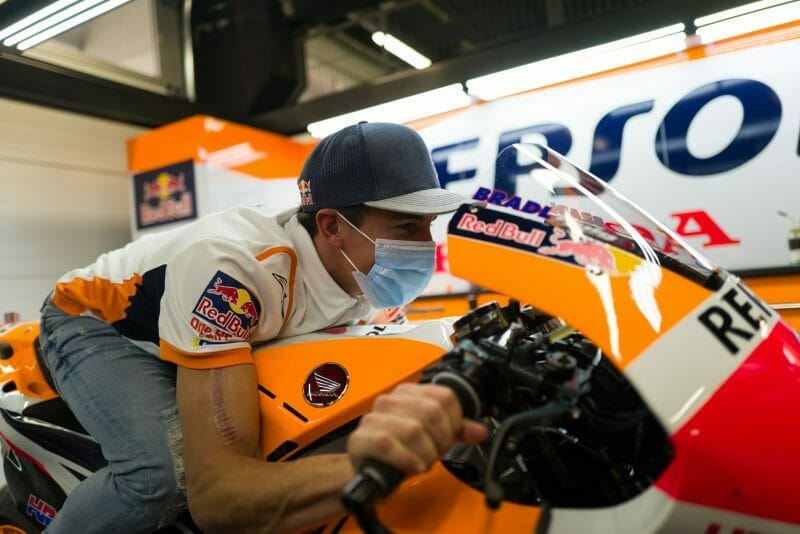