Honda announces update for the CB1000R

2 min read
Honda has announced an update for the CB1000R in a video teaser. The presentation will follow on November 10th.

Honda has announced an update for the CB1000R in a video teaser. The presentation will follow on November 10th.

Since at least one technical update was necessary due to the introduction of Euro5, Honda took the opportunity to refresh the naked bike visually. The pictures of the updated version were deliberately kept quite dark, but you can still see some details.

The headlight seems to be mostly unchanged. Above it the small windshield or the front cover for the instruments was mounted, which was previously only offered as an optional accessory. The fork clamps seem to be black now, so far they were silver. Also the side fairing parts, which are mounted next to the radiator, seem to have gotten a slightly different shape. There seem to be some changes also on the rims. Instead of a Y-design they get a W-design.

On the whole, the changes seem to be limited to details. Euro5 might have also made some changes to the exhaust system, but that remains in the video in the dark. Also new color variations are likely. 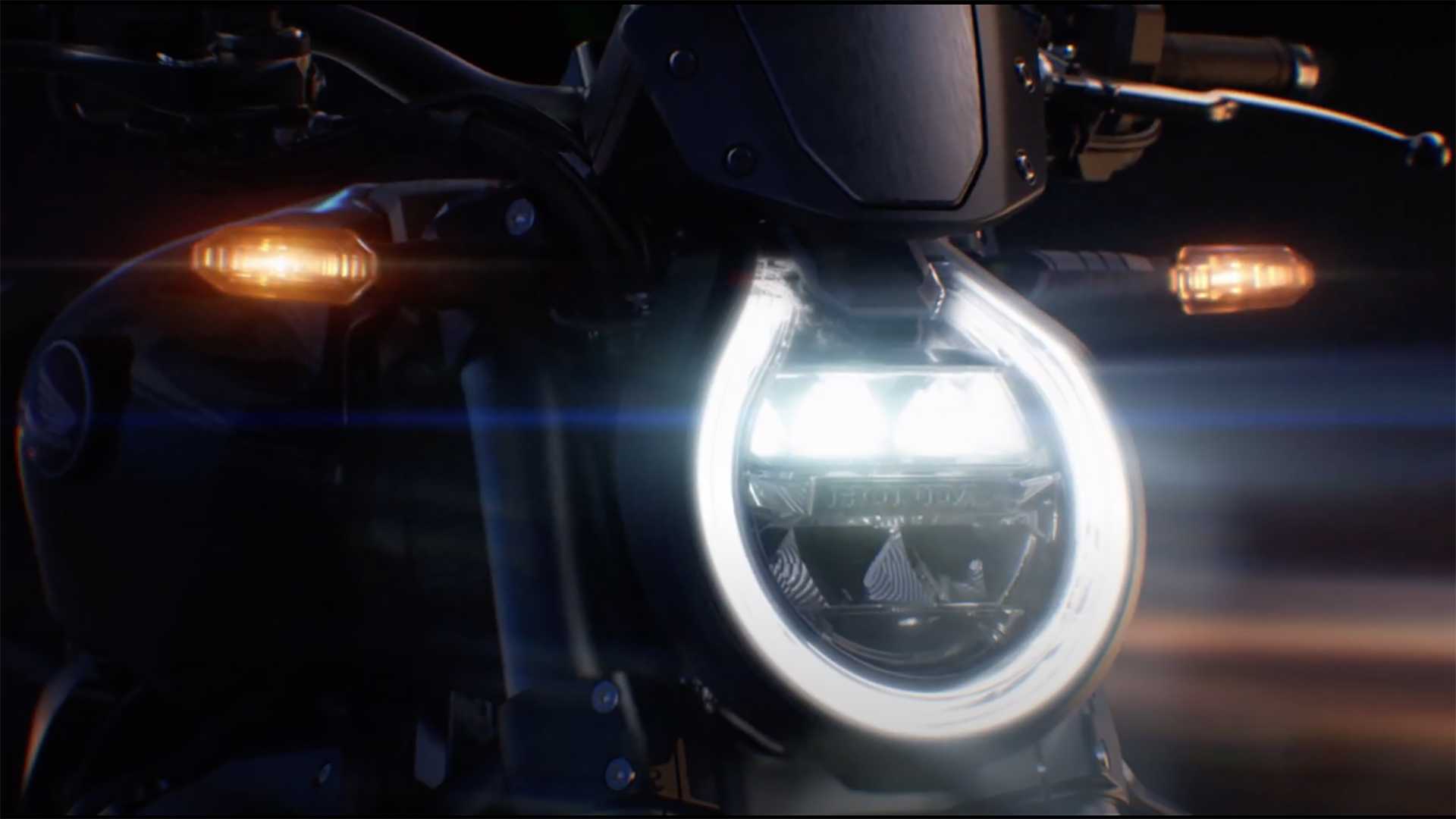