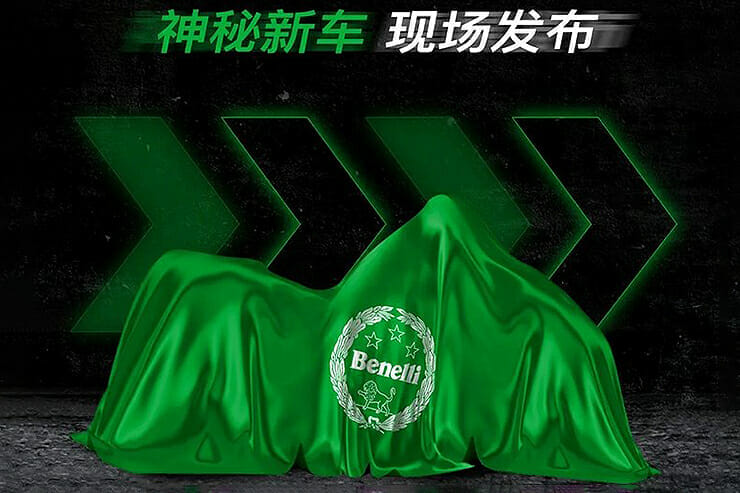 3 min read
Cinema Mode
This weekend the International Motorcycle Trade Expo (CIMA) opens in China and Benelli has announced to present there a completely new model and a "mysterious" engine.

Benelli - New model and new engine at the CIMA - Benelli Superbike with four-cylinder engine? - also in the App MOTORCYCLE NEWS Click to Tweet

This weekend the International Motorcycle Trade Expo (CIMA) opens in China and Benelli has announced to present there a completely new model and a “mysterious” engine.

One of the last big fairs this year

The CIMA is one of the few major motorcycle trade fairs that will take place at all this year. INTERMOT and EICMA have been cancelled, although INTERMOT is planning an online event as a replacement, for which more precise data is still missing.

Benelli, which belongs to the Chinese group Qinjang, is said to be one of the more interesting exhibitors at the fair. They have now announced on their Chinese homepage that they will be presenting a new model and a new engine at the fair. There is no further information about this yet, only two pictures were added.

New engine in the new model?

One could assume that the new engine will be used in the new model as well, although there are no statements from Benelli yet. The picture of the covered motorcycle was created on the computer and therefore does not necessarily show the covered model. However, it is also unlikely that the silhouette will look completely different.

If you go by the shape, an adventure bike could be hidden under the cloth. This could be the TRK 800, which is to be launched next year.

Is a superbike from Benelli coming?

If this is true, the engine will probably not be installed in the bike, as it is more likely to be a sports engine.

If you take a closer look at the engine, the shape of the clutch cover might look familiar for some people. It seems to be the engine that MV Agusta has recently replaced. The four-cylinder was installed by MV Agusta in the last F4 and in the Brutale until 2018.

It seems that Benelli has established a cooperation with MV Agusta that allows them to use the engine. This would provide Benelli with a potent large engine for a new superbike.

One can be curious what Benelli will announce this weekend.