Benelli teases the upcoming Tornado 650, Tornado 550 and TNT 550 models with new images. The computer-generated drawings, however, indicate that they are still a long way from being ready for production. The images are said to have been posted by Benelli on social media in China.

In the picture of the Tornado 650, you can apparently see the same frame and also the same four-cylinder as on the current 600cc models from QJMotor. This is not surprising, as both companies belong to the parent company Qianjiang and models are often released that share the same base.

The Tornado 650 is equipped with an upside-down fork and a central shock. Braking is at the front with a single brake disc. However, this could be a design flaw, as the smaller models are equipped with two brake discs.

We can assume that the Tornado 550 will get the parallel twin that will also provide propulsion in the MV Agusta 5.5 (Lucky Explorer project). A similar model from QJMotor has already been seen in China. The fairing shape is very similar, only the headlight seems to differ.

Again, they seem to be planning an upside-down fork and dual front brake discs.

The TNT 550 appears to be a naked version of the Tornado, although a fairing version can also be seen here, which should contradict this. Here, however, we have to wait for Benelli’s clarification. 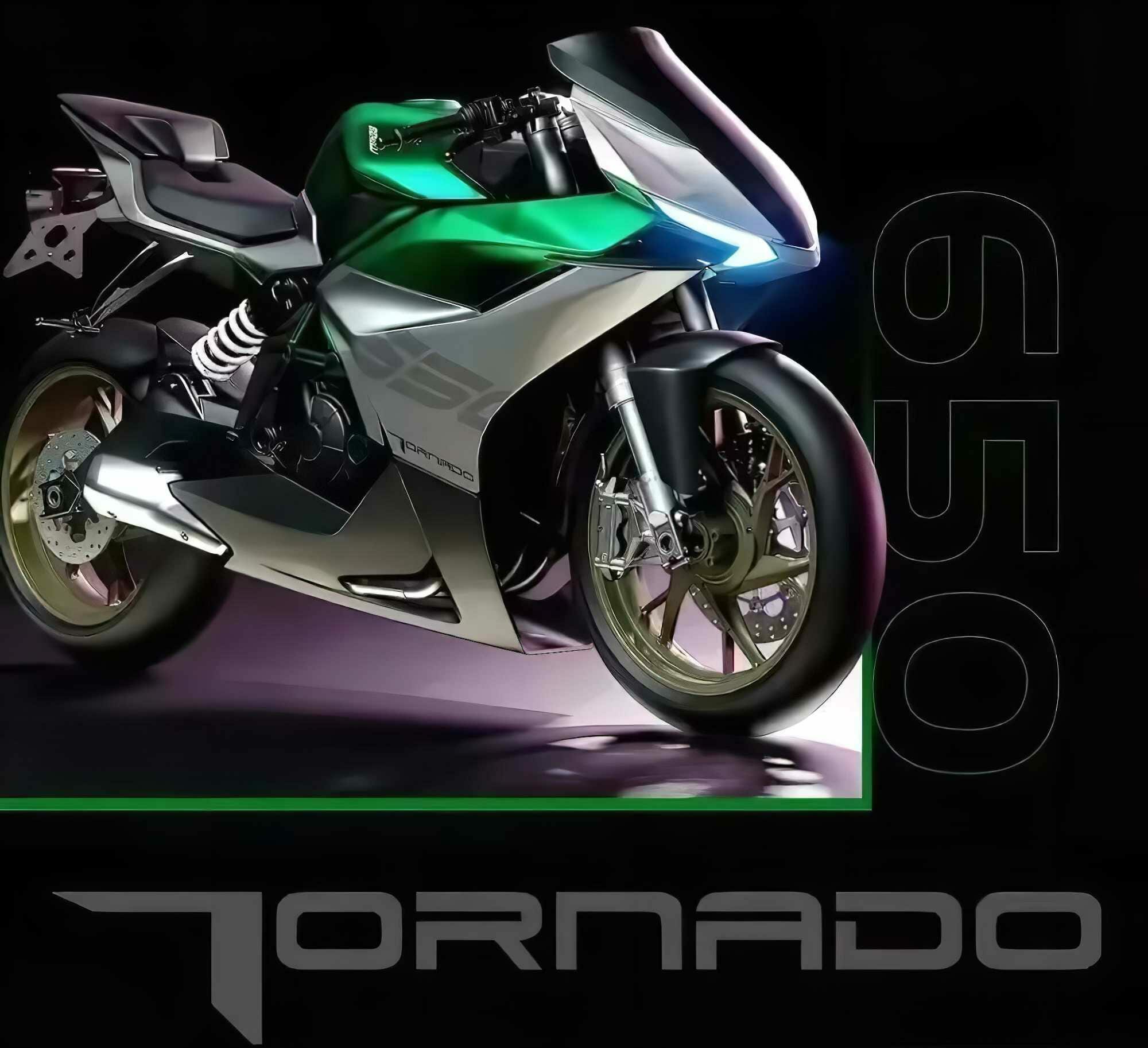