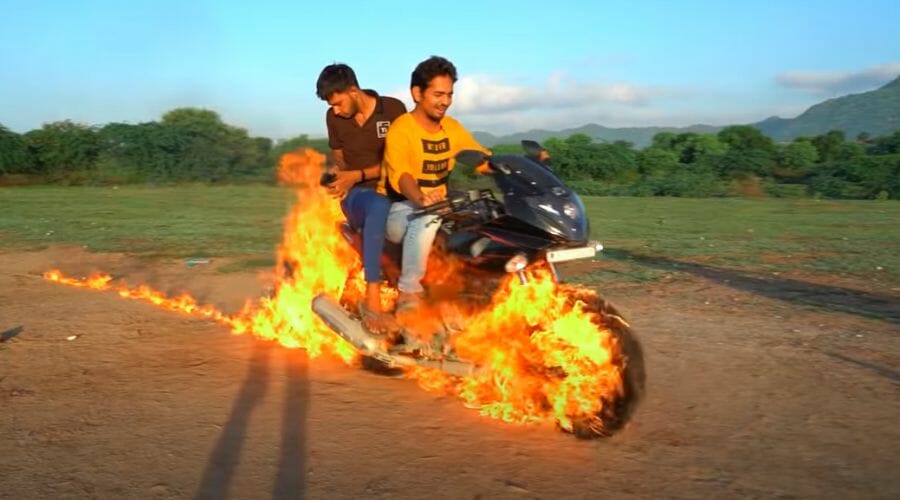 2 min read
Mr. Indian Hacker has a good 3.8 million subscribers on YouTube. Apparently he is a fan of superheroes, because he wanted to imitate the Ghost Rider.

Mr. Indian Hacker has a good 3.8 million subscribers on YouTube. Apparently he is a fan of superheroes, because he wanted to imitate the Ghost Rider.

However, he could probably not adapt the well-known saying from Spiderman “from great strength follows great responsibility”. “from great reach follows great responsibility” probably doesn’t really mean much to him when you watch the video. Only a warning note at the beginning of the video suggests that he at least casually thought about the action.

Since the tires of the Ghost Rider motorcycle in the comic burn and leave a trail of fire, the tires of the Pulsar were wrapped in cloth, soaked in gasoline and set on fire. Mr. Indian Hacker and another person sit down on the motorcycle, set fire to the tires and set off.

No protective clothing is worn. On the contrary, sandals are sufficient for the pillion passenger… As soon as it gets too hot for them, they jump off and try to extinguish the motorcycle. For this they have prepared a bucket of water. But apparently they get the bike extinguished with the loose ground material.

The “Please do not try this” goes without saying here! 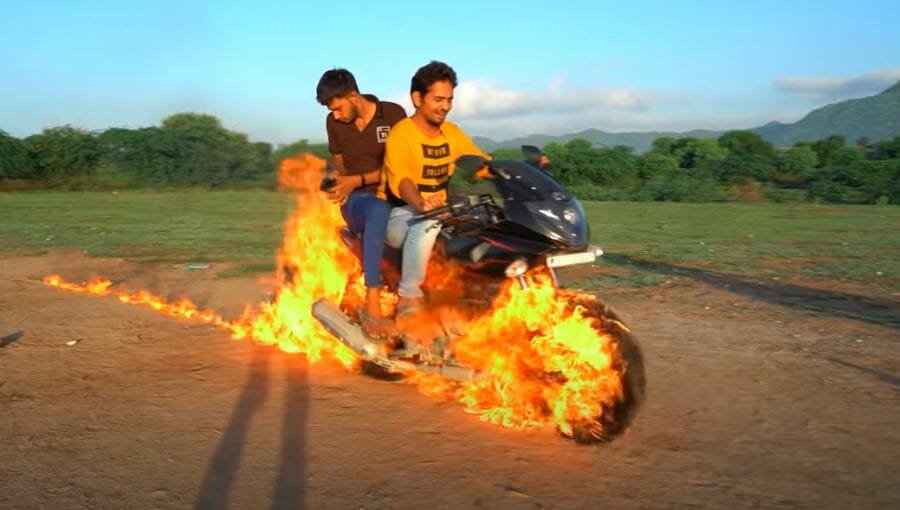