The design was created by customizer Michael “Woolie” Woolaway, who designed it by hand and deliberately did not sketch it on the computer. When he discussed the project with Zero he didn’t even use drawings. The result is a cafe racer with a retro look, paired with the latest electrical engineering and modern components.

Woolie: “The way I shaped the bike was just by hand, when I started with the gas tank and, and just worked from there forward to the fairing and then from there, back and from there down and it was all very organic. I didn’t have any drawings. No computer work, nothing like that,” Woolie continued.

Just, foam plastic, shaping tools and, measuring tools and transfer tools and kind of the old school way. I did it like really the way that it would have been done in the thirties or forties or, you know, early fifties for sure.”

Even though the design was done according to the old school, this does not mean that modern materials were abandoned. The bodywork is made of carbon fiber. Two Lockheed Martin engineers worked on it. The Dynamag wheels are also made of carbon.

For the suspension, Showa components were used that were selected according to WSBK specifications. A thumb brake and side winglets were also installed. 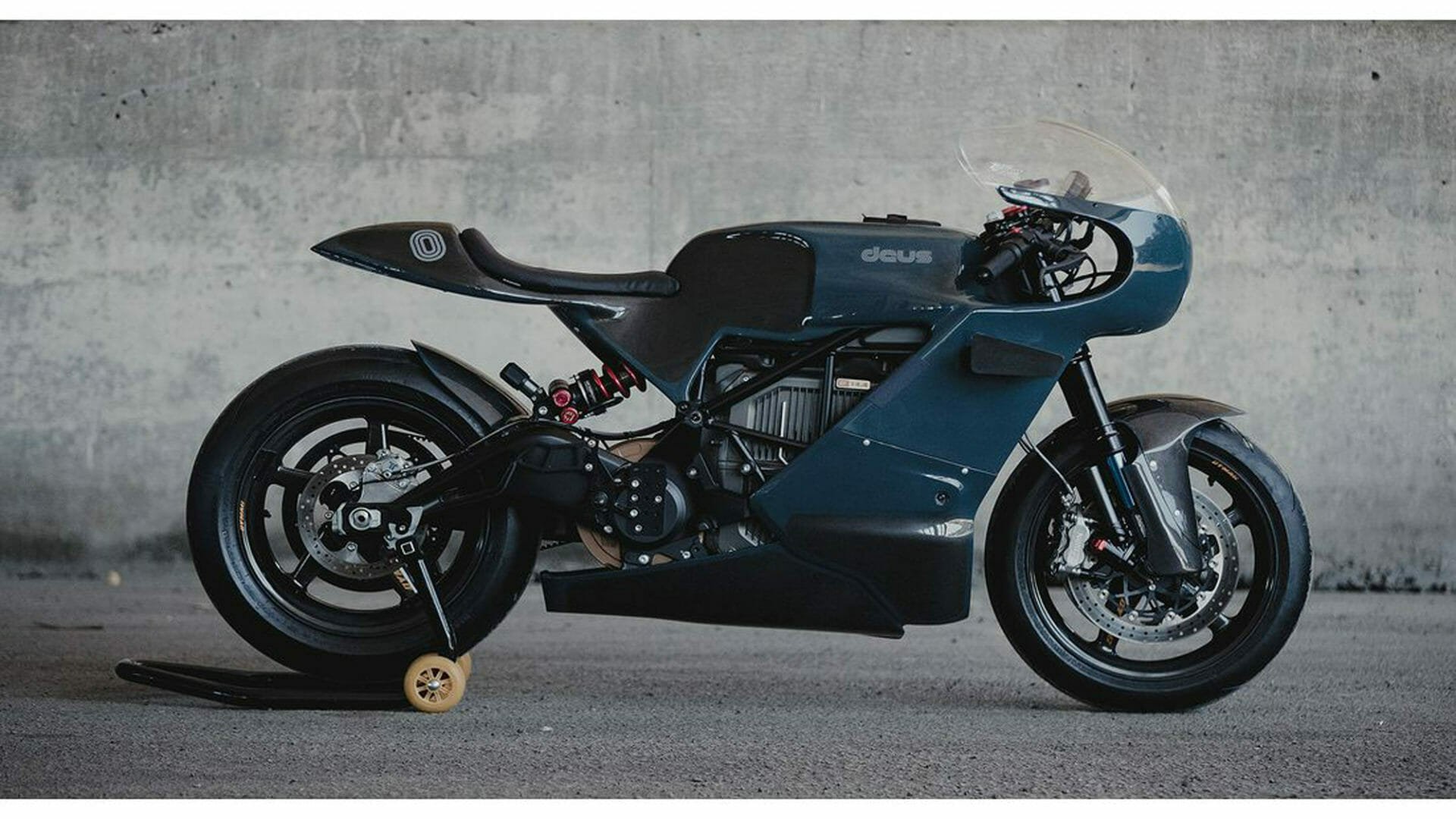