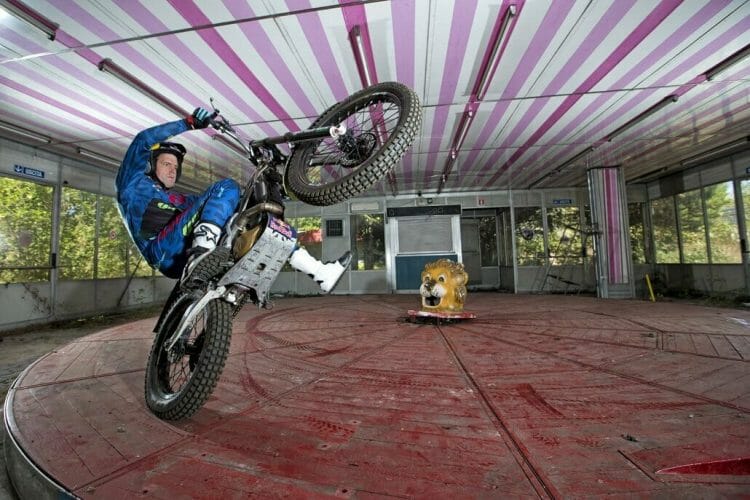 Trial in the abandoned amusement park – Dougie Lampkin is raging

Trial driver Dougie Lampkin and an abandoned amusement park in Milan – that can only be funny.

[sam id=”2″ codes=”true”]The Briton Dougie Lampkin has been a topic in motorcycle news. A good year ago, he rounded the famous TT circuit of the Isle of Man on the back wheel. For those who do not know the world’s most famous roadrace, the course is 37.7 miles long, which is almost 61 km.

Highlight the ride up to a 22 meter high roller coaster. Really nothing to imitate.

It was not as easy as it looks in the video. Of course, the route was prepared to allow the driven course at all. Dougie also needed a lot of preparation time. Nevertheless, there was still a fairly high residual risk.

Lampin commented on the filming “It’s not the obstacles or extreme conditions that make a video spectacular, it’s the ability of the entire team to get the most out of one location.

This article in video form: 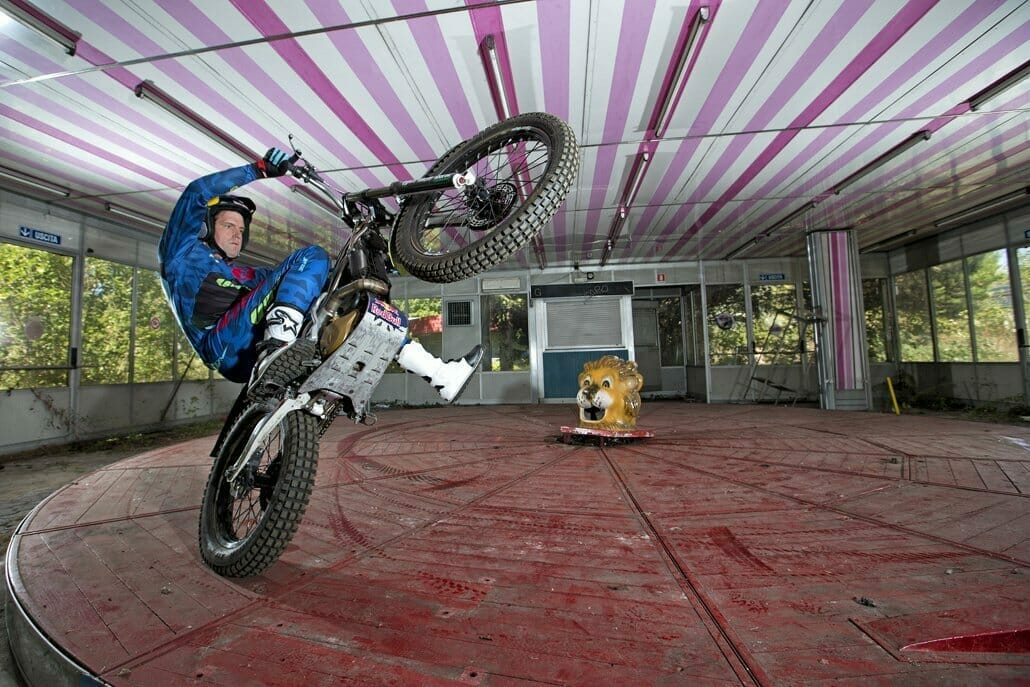