It has been clear for some time that Ducati will use the new Panigale’s V4 engine in other motorcycles as well. In addition to the upcoming Streetfighter it is rumored to drive a new Multistrada.

Now the first pictures of the prototype have appeared and even a video showing the V4 engine sound.

The prototype of the Multistrada is very similar to the current 1260. The exhaust has been changed, because now it has to operate two more cylinders.

Ducati don`t speak about the plans, not even how far the prototype has progressed.

If one interprets the pictures in this condition, that suggests rather that the Multistrada gets only a small facelift. The biggest difference should be the engine. 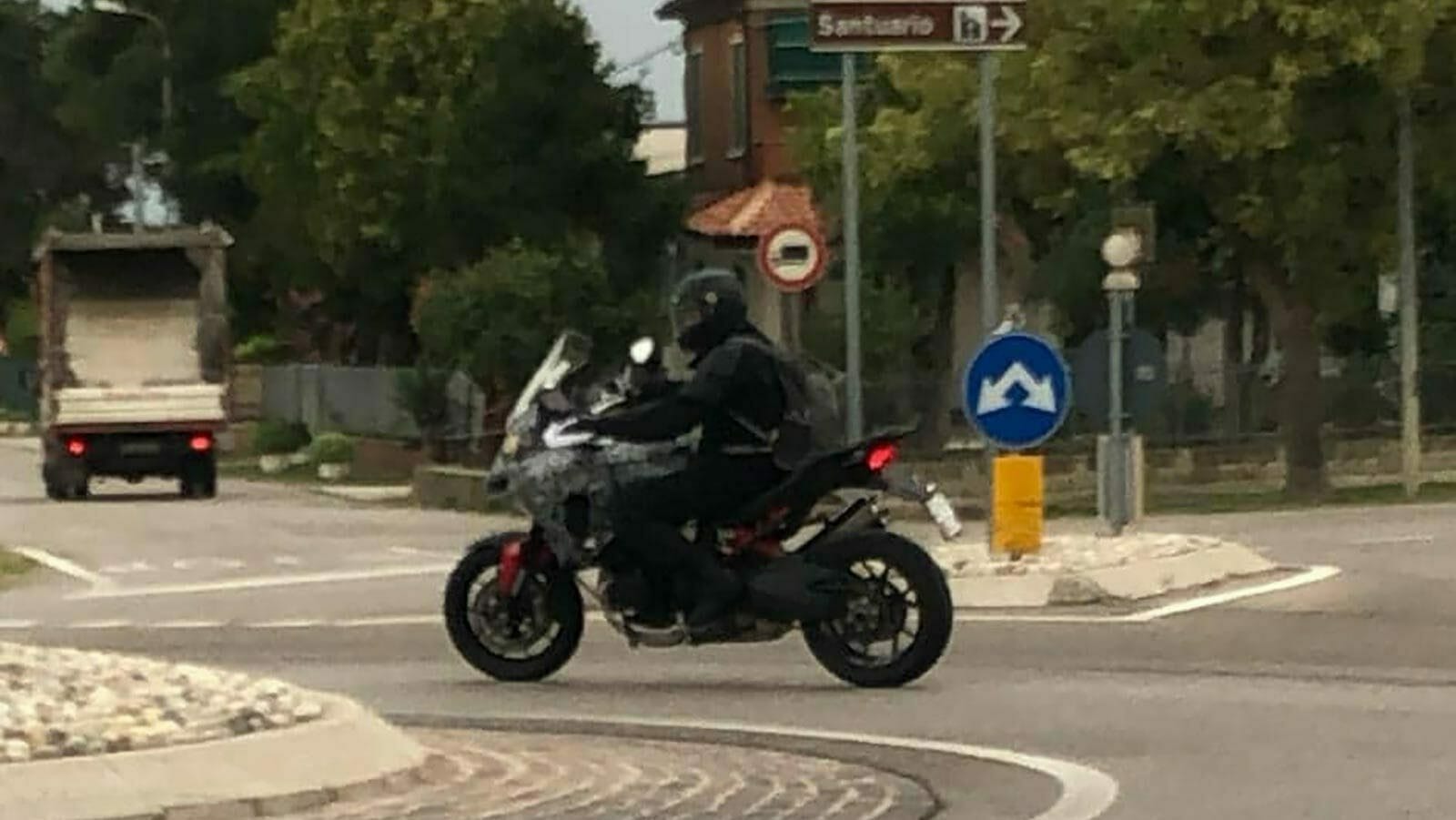