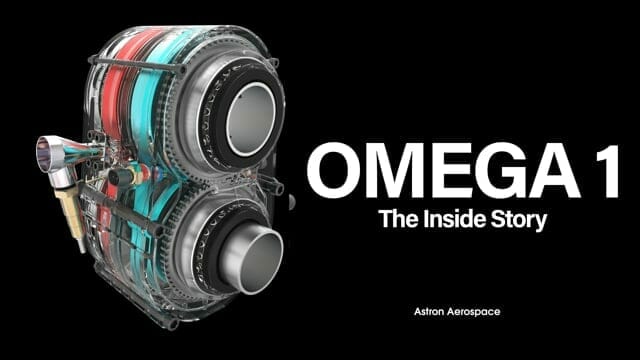 Astron Aerospace has presented the prototype of a new revolutionary combustion engine, which is supposed to convince with incredible data. The engine is very compact, weighing in at just 15.9 kg, but still producing 160 hp and 230 Nm.

Internal combustion engine of the future?

Astron Aerospace presents the Omega 1 in detail in a video. They have divided a four-stroke into two independent chambers and packed a pre-chamber in between. Two primary shafts are positioned vertically and coupled via a synchromesh gearbox so that they rotate at the same speed, but in opposite directions.

Four rotors are mounted on the two shafts and run in two pairs. Once on the intake and compression stroke and once on the combustion and exhaust stroke. Between them is a rotary disc valve and a prechamber.

Basically, the engine is somewhat similar to the Wankel engine, but it is not supposed to have the leakage problems.

So far, Astron Aerospace has not revealed what the engine could be used for, but it would certainly fit motorcycles. – Alone because of the light and compact design, the power, very low emissions, very low consumption and a top speed of 25,000 rpm.

However, it should also be noted that all the data mentioned here comes from Astron Aerospace and has yet to prove itself in practice.