In less than a week, MotoGP will start the 2022 season and Valentino Rossi has now unveiled his team and race bikes.

From rider to team owner

Although Valentino Rossi has ended his active career as a MotoGP rider, he will remain in MotoGP. He will compete with his own team. The team will race with Ducati prototypes driven by Rossi’s half-brother Luca Marini and Marco Bezzecchi.

The team’s main sponsor is Mooney, hence the official team name “Mooney VR46 Racing”. The Mooney lettering is of course also found on the gray Ducatis.

Rossi’s half-brother will start his second MotoGP season next week. His goal is the podium. For Marco Bezzecchi it is the first season in the premier class. “Rookie of the Year” is the title he wants to clinch. 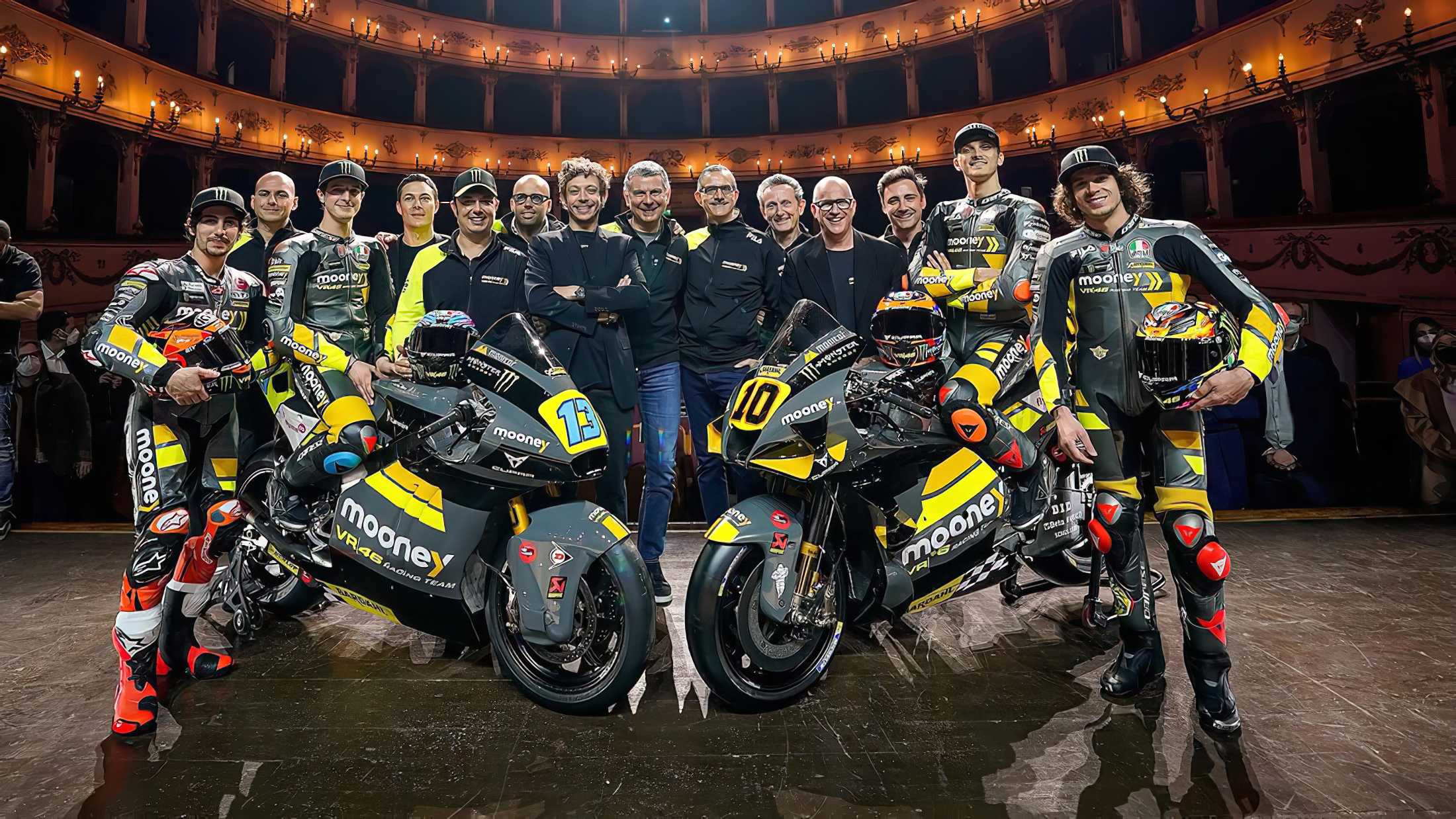