Valentino Rossi – A look behind the scenes of his company VR46 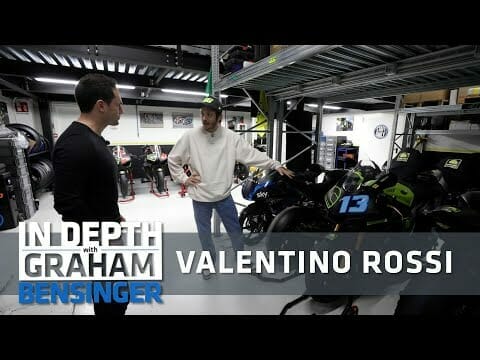 Emmy award-winning journalist Graham Bensinger was allowed to visit Valentino Rossi and got an exclusive look inside VR46’s headquarters, which was captured in a video.

Although Rossi has ended his MotoGP career as an active rider, he certainly won’t be bored. He has announced he will race in the GT World Challenge Europe in 2022, is becoming a father, has his own MotoGP team, the Rider Academy and, of course, his VR46 empire.

Rossi, despite everything, took the time to show the journalist around his company, the warehouses and also the motorcycle workshop.