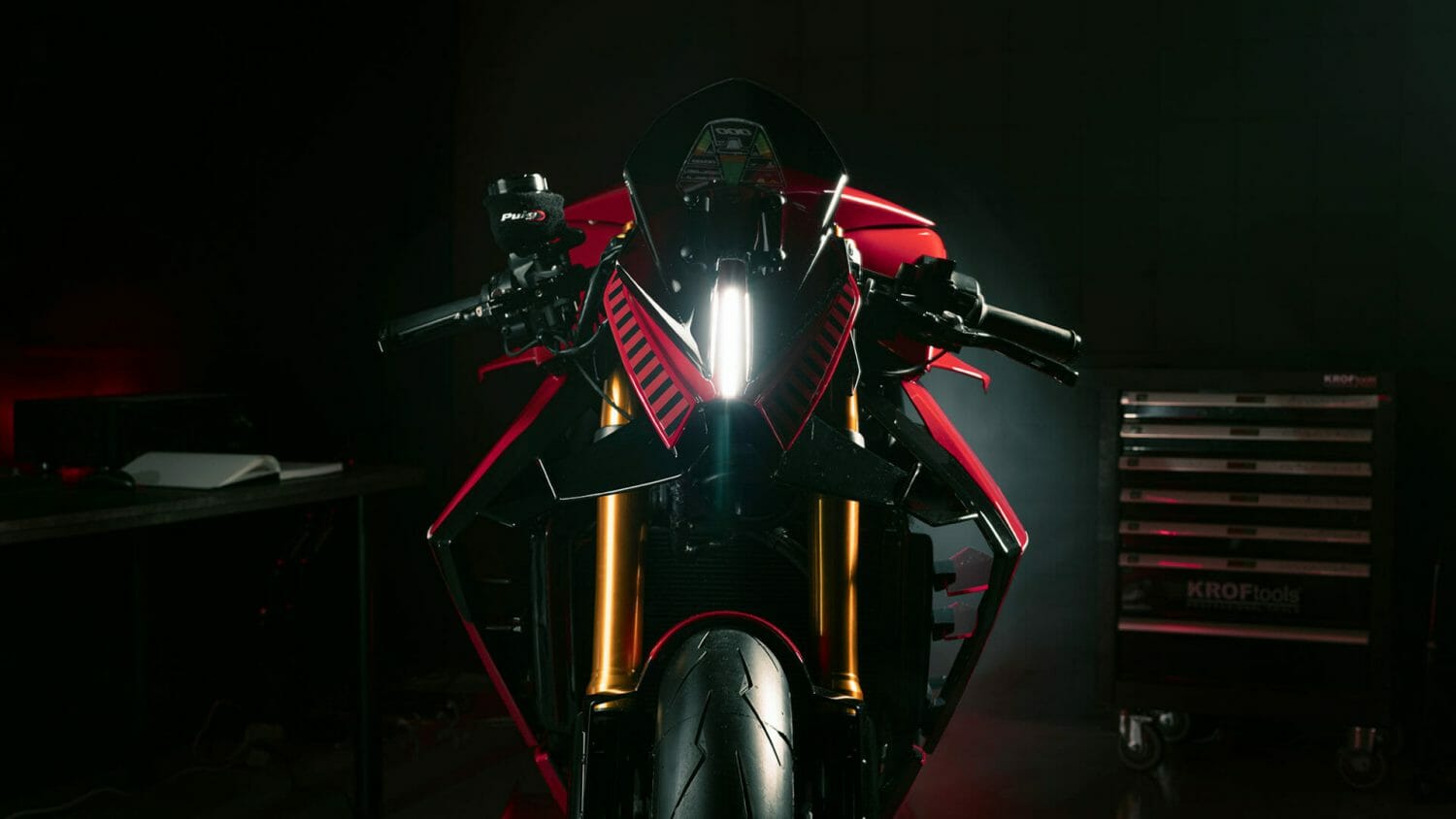 Puig, the Spanish manufacturer of hi-tech parts, has transformed a current naked bike into a futuristic sportbike. Can you tell which bike has been transformed into the Puig Diablo?

Puig Diablo – Tuning of the future

Probably the fewest will have recognized that Puig has taken the Yamaha MT-09 SP for the modification.  The machine was provided with a partial fairing and painted in a toxic red.

Especially in the front view, the bike looks particularly wide, because a triangular double fairing with integrated and electronically adjustable winglets was installed. In addition to the installed winglets, the seating position has also been aerodynamically adapted to improve the riding characteristics.

The lamp mask is reminiscent of the jaw pairs of an insect, with the headlight in between, which is basically just a vertical line. Winglets are also mounted on the sides, which can be easily overlooked in pictures due to the black color scheme in combination with the dark background. Similar is the case with the ones that were installed on the side of the tank above the double fairing.

The windshield is adjustable in height or can be folded out to provide wind protection, but also folded in to blend in line with the front.

Even the front wheel has been partially covered and fitted with air-guide bars that direct air to the brakes and, presumably, the engine to cool the relevant parts.

“The Diablo was developed based on a Yamaha MT-09 SP, with Puig changing the seating position after an ergonomic study to improve aerodynamics and rider protection,” Puig said.

“This is the first time we have faced such a free design project. It has been a very interesting challenge and learning process for the whole team, which has shown us what we are capable of, and from which new design lines and many ideas for the future have emerged.” ,Berta Perarnau, Puig’s head of design.

The chief designer of the Diablo, Miquel Vallribera, said, “We wanted to open the debate on what the motorcycle and accessories of the future can look like and show how we imagine it at Puig, and the result, the Diablo, is in my opinion the perfect representative with active aerodynamics, protection, functionality and aesthetics as design principles.” 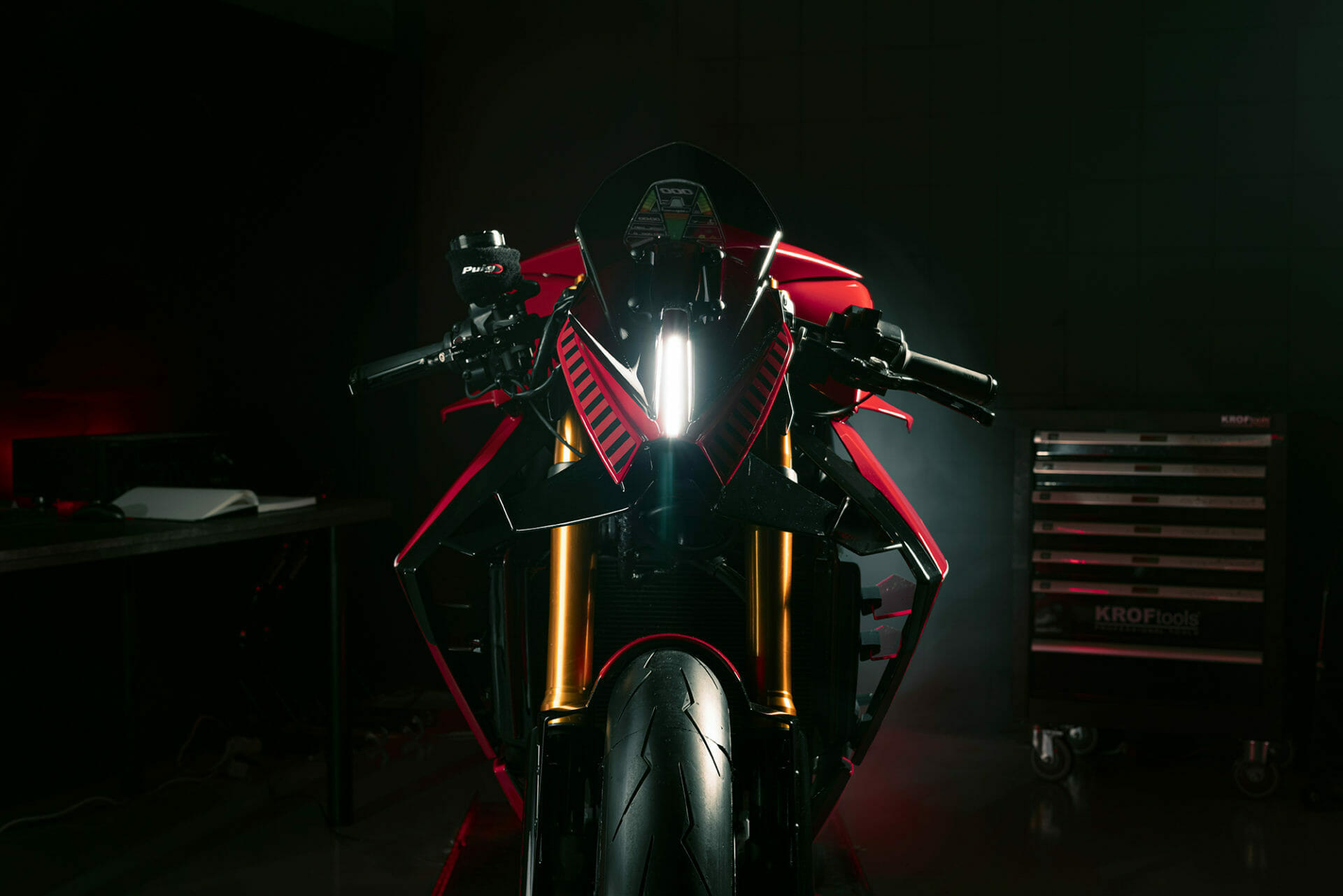