4 min read
CFMoto has already started the pre-sale of the 450SR in China in April.  The sportbike is said to have the performance of a 500cc bike at the weight of a 250.  Now it has been announced that it will also be released in Europe.

CFMoto has already started the pre-sale of the 450SR in China in April.  The sportbike is said to have the performance of a 500cc bike at the weight of a 250.  Now it has been announced that it will also be released in Europe.

The SR-C21 concept bike was exhibited at EICMA 2021, and first pictures of it were even released shortly before.  Data was not revealed at the time, but it could be seen that the bike is equipped with high-quality components.  The winglets, suspension components and Brembo brakes that were even covered indicated extreme sportiness.

Now the street version 450SR was presented, equipped with lights, mirrors and turn signals.  This didn’t hurt the sporty look, even if the street bike had to slim down a bit (which was to be expected).

Braking is no longer done with the high-quality Brembo components of the concept.  The brake caliper is no longer based on the racing version, but on a somewhat simpler Brembo version that uses Bosch ABS.  In addition, there is now only a single brake disc at the front.  The second disc is no longer present, just like the single-sided swingarm.  A normal swingarm was installed, which should also be correspondingly cheaper.  As for the damping components, you also have to do without the Öhlins components, as well as the exhaust from SC-Project.

The turn signals were integrated into the mirrors.  Propulsion is provided by a 450cc parallel twin, which produces 50 hp in China.  Due to the ignition distance of 270 degrees, it is said to have the character of a V-twin cylinder with a 90° cylinder angle.  Two balancer shafts dampen vibrations.  It is coupled to the transmission via a slipper clutch.  The eye-catching winglets are still present.

At first, the CFMoto 450SR was announced only for the Chinese market, but in the meantime it has also been announced for the European market.  It is expected to be available at dealers there from spring 2023.  Exact performance data have not yet been determined, as it must first be homologated for Europe.  CFMoto speaks of a good power-to-weight ratio, which means you can expect dynamic and manageable handling.

The seat height can be adjusted in two steps.  The motorcycle is equipped with a 12.7 cm TFT display, which also shows gearshift and navigation information.  The 17-inch six-spoke cast alloy wheels are fitted with 110/70 17 front and 150/60 17 rear tires.  There will be two color options to choose from in Europe, once black-red-silver or white-black-blue.

In China, the price is the equivalent of around 4,600 euros.  It remains to be seen how high it will be here. 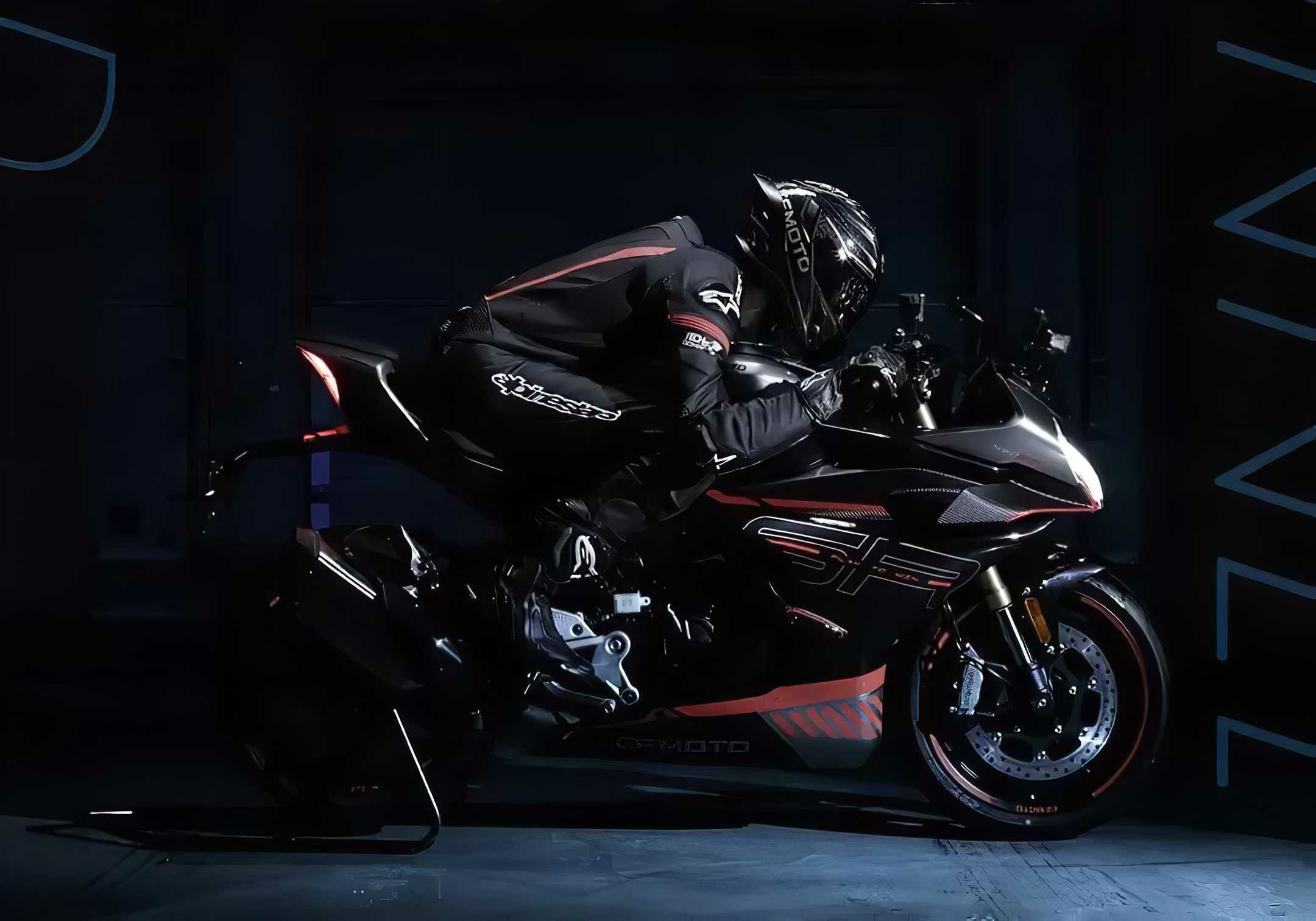