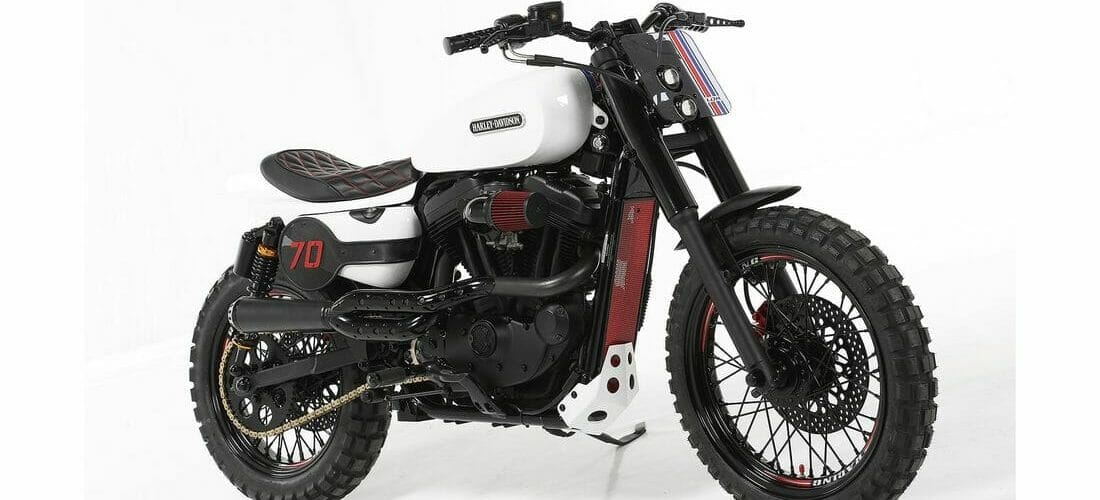 3 min read
Lord Drake Kustoms has transformed a Harley-Davidson 883 into a cafe racer for the AMD World Championship. There will now be a small series of the Sportster Seventy.

Lord Drake Kustoms has transformed a Harley-Davidson 883 into a cafe racer for the AMD World Championship. There will now be a small series of the Sportster Seventy.

In the original it was a Harley-Davidson Sportster XL 883 Low from 2005. A new line was created by the reshaped rear frame, a new solo seat and a new fuel tank. The fender on the front wheel was replaced by a much more discreet one. Instead of cast wheels, wire wheels were chosen, fitted with chunky tires.

Nothing was changed on the engine, only an open K&N air filter and a Vance & Hines exhaust system found their way onto the bike.

The tachometer and speedometer were relocated and can now be found next to the engine. The suspension elements of the fork were retuned and the stereo shocks were exchanged for modern ones with a reservoir. Changes were also made to the footrest system, levers and switches. As for the lighting, the decision was made to use LED technology all around.  The two headlights mounted one above the other sit in a number panel. A panel made of perforated sheet metal, with the number 70, can be found on the sides.

For the paintwork, the Marini design was chosen. The white base color is overlaid with black, blue and red stripes. The engine, frame, suspension elements and even the brake discs are kept in a friendly black. How long the brake discs can retain the color when in use is not known.

Lord Drake Kustoms has a workshop in Miami (USA) and Malaga (Spain). The Harley was rebuilt in Spain and was to be exhibited at the AMD World Championship. However, the pandemic put a spanner in this plan. Nevertheless, or just because of it, it was decided to offer a small series of 10 copies of the custom bike. 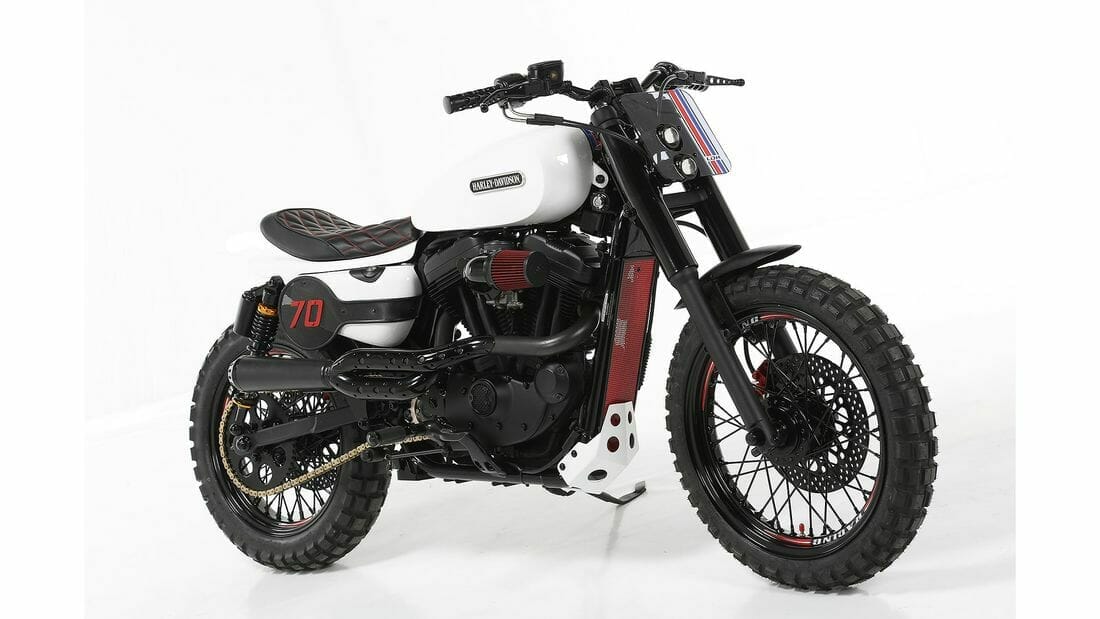