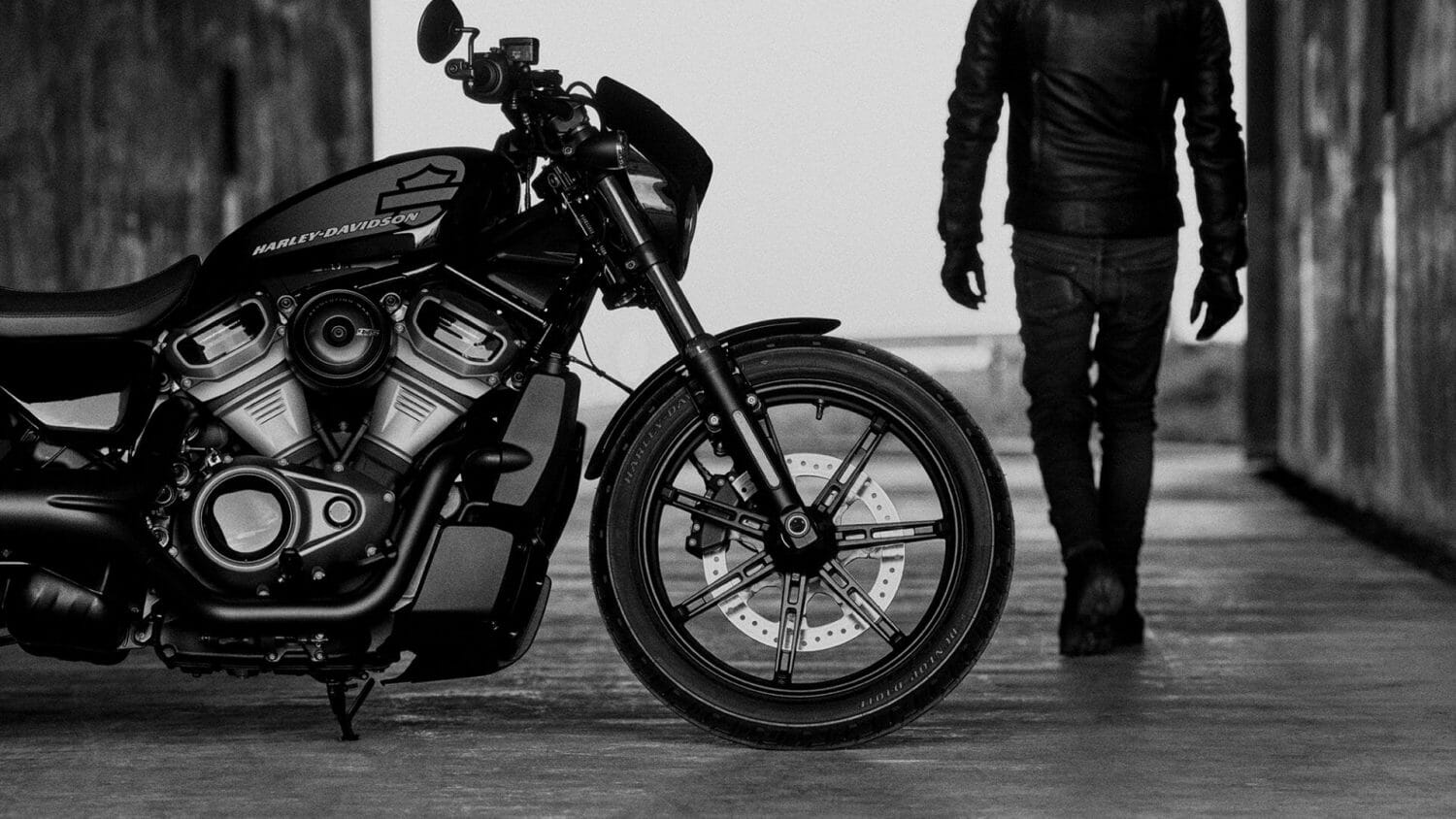 Harley-Davidson has unveiled the new Nightster. It is the little sister of the Sportster S, powered by the new water-cooled 975cc Revolution Max engine.

The 975cc Revolution Max engine V-twin produces 90 PS at 7,500 rpm and 95 Nm at 5,000 rpm. According to Harley, the engine was designed for a flat torque curve across the entire powerband, offering strong acceleration and robust mid-range power.

It is installed in a chassis that is broadly similar to the Sportster S chassis. Instead of the tubular swingarm, the Nightster only gets a simpler steel swingarm, which is then damped via stereo struts that are adjustable in preload. So the central shock from the Sportster S has also been dropped.

The headlight above the 41 mm Showa sub-fork has been framed with a small mask. The tank sits directly above the cylinder heads, though this is only visually the tank. Under the single seat is the filler neck for filling the 11.7 liters of gasoline.

Braking is at the front with a 320 mm brake disc and an axially mounted 4-piston caliper. With the lighting one sets all around on LEDs. Tires comes on the Nightster with 100/90 19 inch front and 150/80 16 inch rear.

In addition to ABS, there is a traction control system and a drag torque slip control system. It’s designed to adjust engine torque and reduce excessive rear wheel slip during drivetrain-induced deceleration. – For example, if an abrupt gear change is made on a wet or slippery road, or if the throttle is closed abruptly.

The Harley-Davidson Nightster is priced at 14,995 euros. It is offered in three color variants: Vivid Black, Gunship Grey and Redline Red.