Automotive designer Paolo Tesio has taken the 2003 Ducati Monster MS4R and rebuilt it.

Even though the bike looks like it has been extensively rebuilt, only selected areas were changed. All changes were also designed in advance by CAD on the computer before the bike was rebuilt accordingly.

The rear end has been redesigned, with a special rear subframe designed to accommodate the new cast rear end. The seat is also new. At the front, a new 43mm Showa front suspension operates now. To further enhance the low position of the front, a Ducati MH900 headlight was fitted.

Also changed was the exhaust, it was converted to an under-engine system.

Finally, the Duc was given a monochrome color scheme and oldschool Ducati lettering. 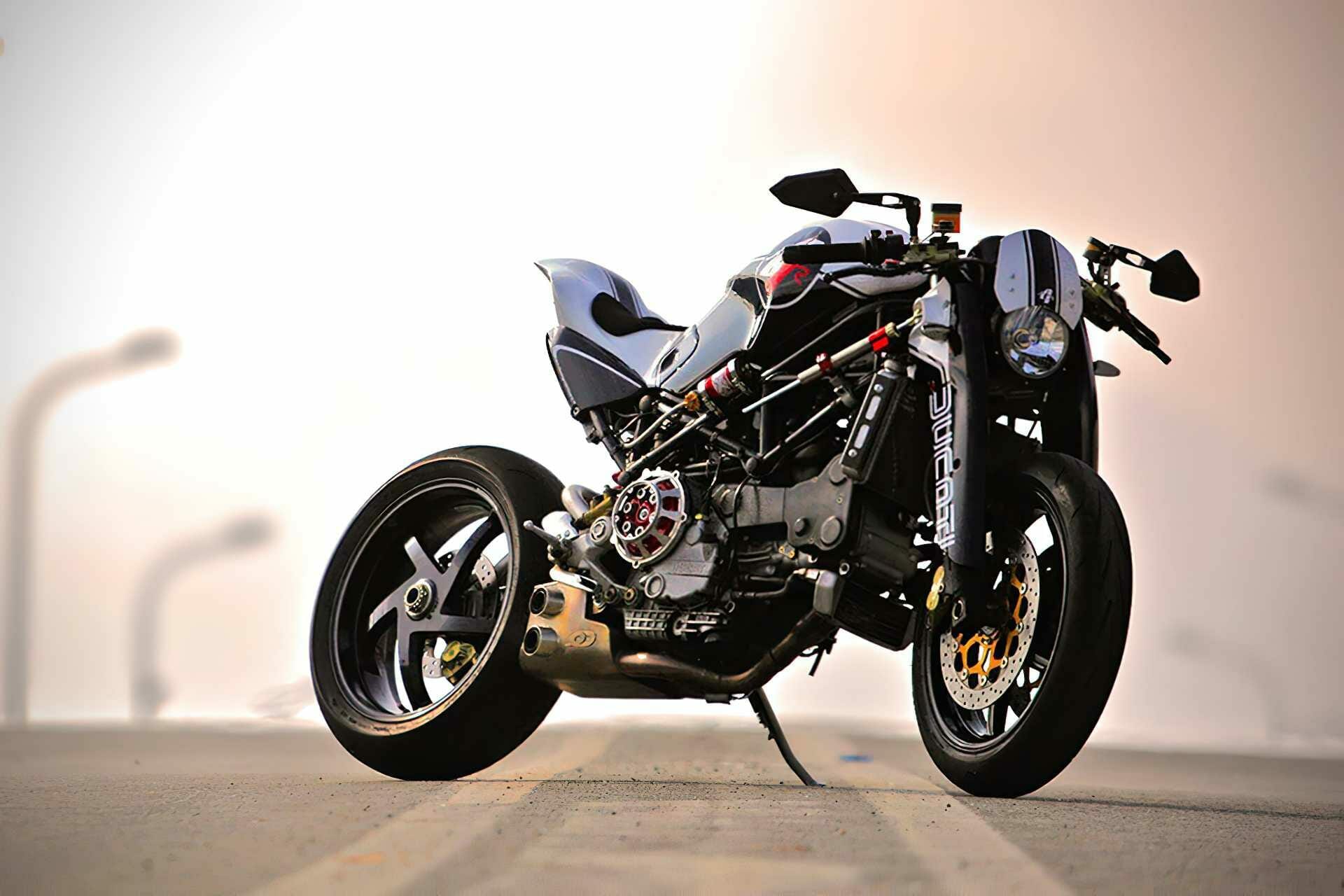