Even before the bankruptcy of Norton, they announced a small series of the Superlight SS, whose Twin would be supercharged by a compressor. After the takeover by TVS the chances increase again that the motorcycle will really be built. Additionally some patent drawings have been published.

The basic motorcycle, the Superlight, was first shown in 2018 and was to be powered by the new 650cc parallel twin with 105 PS. The dry weight was stated at 158 kg and the price was to be 19,950 pounds. The double was planned as the price for the SS version.

175 HP should move a dry weight of only 153 kg. The weight saving, not forgetting the extra weight due to the compressor, was achieved by using a chassis, a single-sided swingarm and wheels made of carbon.

In addition, the Superlight SS should be equipped with a NIX30 fork, TTX-GP shock absorbers, Brembo M50 brakes, quickshifter including blipper function and IMU-supported electronics.

The patent drawings show how the air is captured at the nose. However, the two lateral inlets, which are located next to the headlight, have different functions. The left inlet supplies the compressor with the necessary air.

Since compressing the air also generates heat, supercharged engines are usually equipped with an intercooler. This is to cool the compressed air before it reaches the engine’s intakes. Norton uses a sample here between the supercharger and the intake, using the air collected by the right-hand intake.

In addition, cool air is also routed through a duct that runs along the right side of the fairing. The warm air in turn is then directed back to an outlet opening under the seat. Here they use the same principle that rare motorcycles with a cooler under the seat use. However, using it to cool a compressor is new.

When the model will come is still open. There is also no official confirmation from the “new Norton” yet. But the patent drawings give hope. 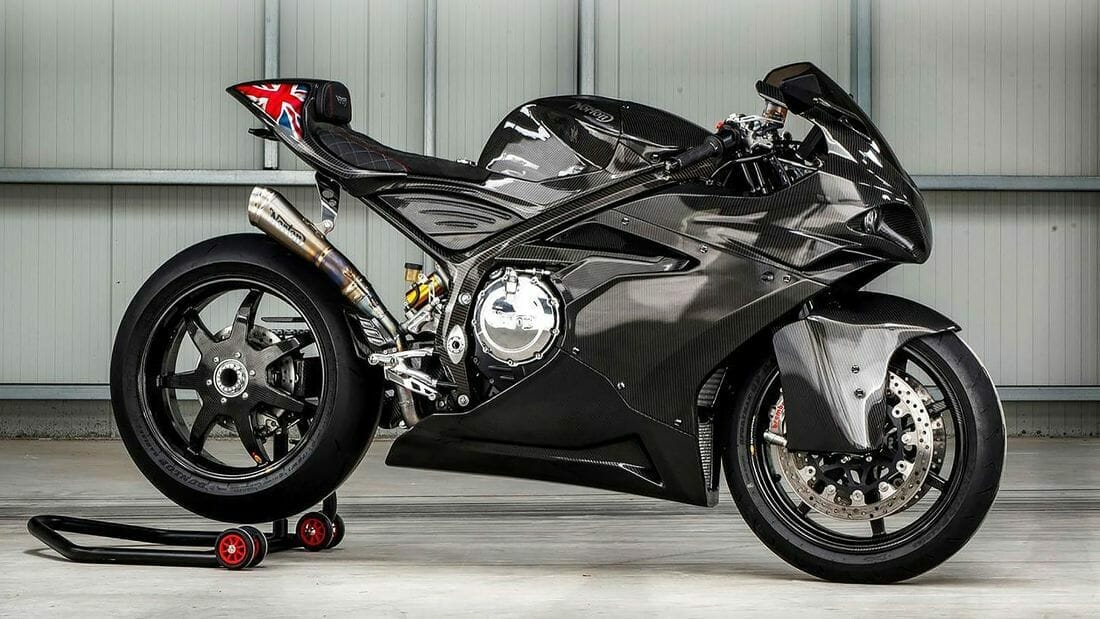