Mini Harley with 338cc will be produced

Since Harley relocated part of the production to China, rumors have been voiced about a smaller-capacity Harley. A corresponding model is now being built.

It’s actually just a logical step for a company that produces in China to also include smaller-displacement motorcycles. If you not only want to produce in China, but also sell motorcycles, this is absolutely necessary.

A drawing of the concept XR250 was introduced some time ago (picture). Now, however, a motorcycle should be built with a slightly larger engine. Harley-Davidson and its Chinese partner Qianjiang have agreed on the design of the HD350 (project name) and therefore it can now be built.

How the Mini-Harley will look like has not been shown yet. Drawings indicate that the frame of the Benelli 302S could be used. Since Quianjiang also oversees the production of Benelli, this would be quite possible. So also the 338cc twin of the Benelli is to be used in the mini-Harley.

The HD350 is expected to be launched in China in late 2020. It should be ready on the Indian market in 2021. Whether other markets are served is not yet clear. 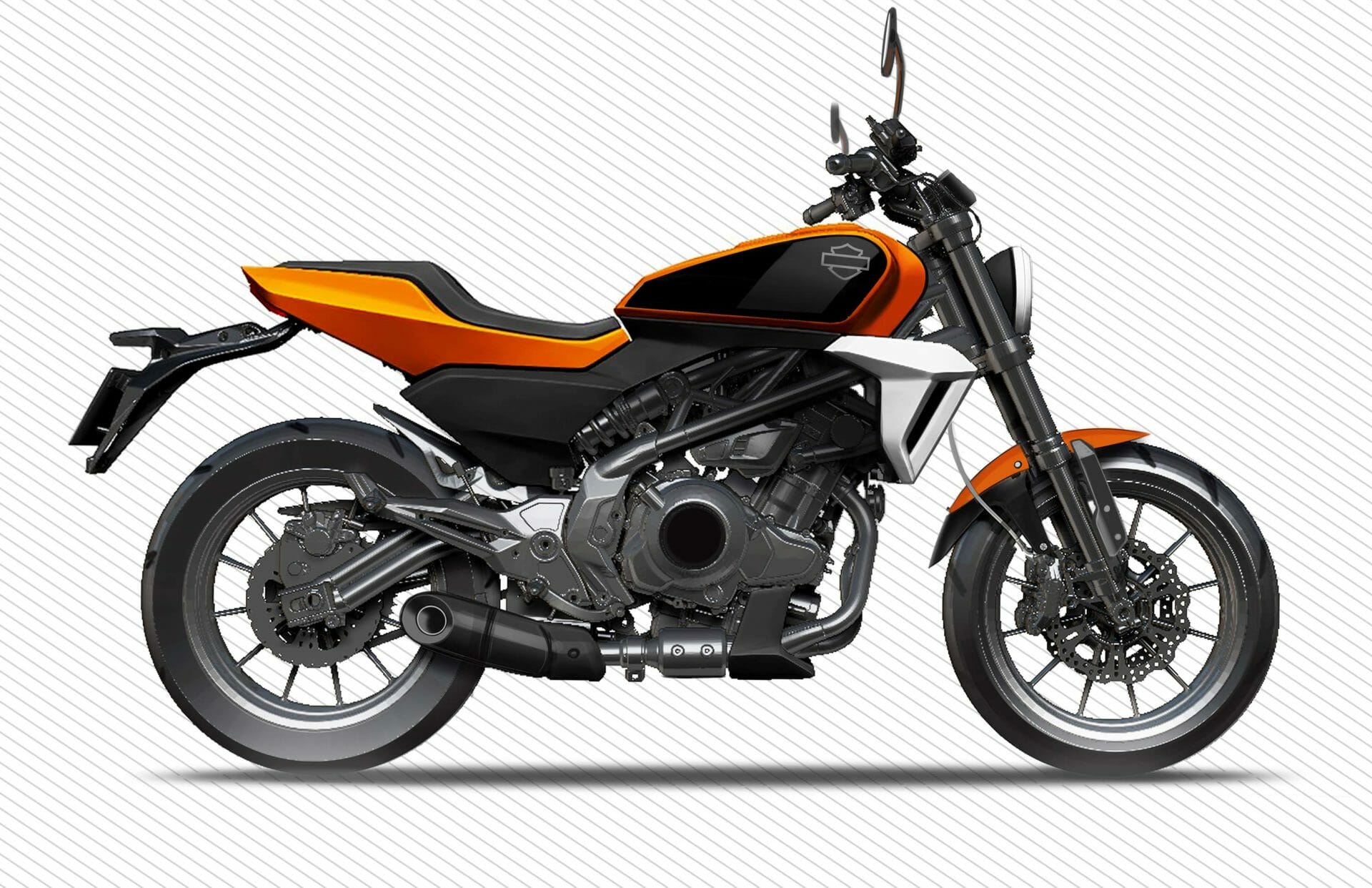