According to a supposedly official design registry, the footage is said to be from CFMoto, who are also said to produce the engine.  It is likely that CFMoto may also use the engine in their own models in the future.

The 990 Duke was already spotted at test rides a year ago, and then the upcoming RC 990 at the end of 2022. Both motorcycles are powered by the new two-cylinder engine with around 990 cubic capacity.

The extra 100cc will certainly have some impact on performance, though increasingly stringent emissions regulations are also likely to nibble away at volume somewhat.  It’s still unclear when the second stage of Euro5 will be introduced and how that will affect emissions regulations. However, KTM seems to already be preparing for the changes.

It should be noted that the 790 Duke was tuned according to European regulations to be throttleable to 48 hp (the maximum output power can not exceed 95 hp).  Before that, it still made 105 hp, which puts the 26 hp increase in power into perspective at 16 hp.

The future Duke could therefore produce around 140 hp, although this is currently still speculation and we will ultimately have to wait for the final data from KTM.

Which KTM 990 models are coming?

The pictures show that the engine mounts are arranged in the same places as before.  So, theoretically, it would be possible for the engine to also be used in all models that currently feature the 890cc twin.  The engine will probably have a longer stroke, but the necessary higher build has apparently been compensated for by a cylinder head that is not as high and a lower oil pan.

Even though the original design and dimensions have been retained, there are extensive changes to the engine.  New is the cylinder head, the housing, the oil pan and also the covers were changed.

The oil pan has not only been made lower, but also moved to one side, making room for the catalytic converter and exhaust system.  The oil cooler has also been made larger, which is a sign of some extra power.

Of course, we can currently only guess how this will affect the inside of the engine.

One can expect KTM to unveil the engine and announce all the data about it this year.  The new models equipped with the 990cc Twin are expected to be launched in 2024. 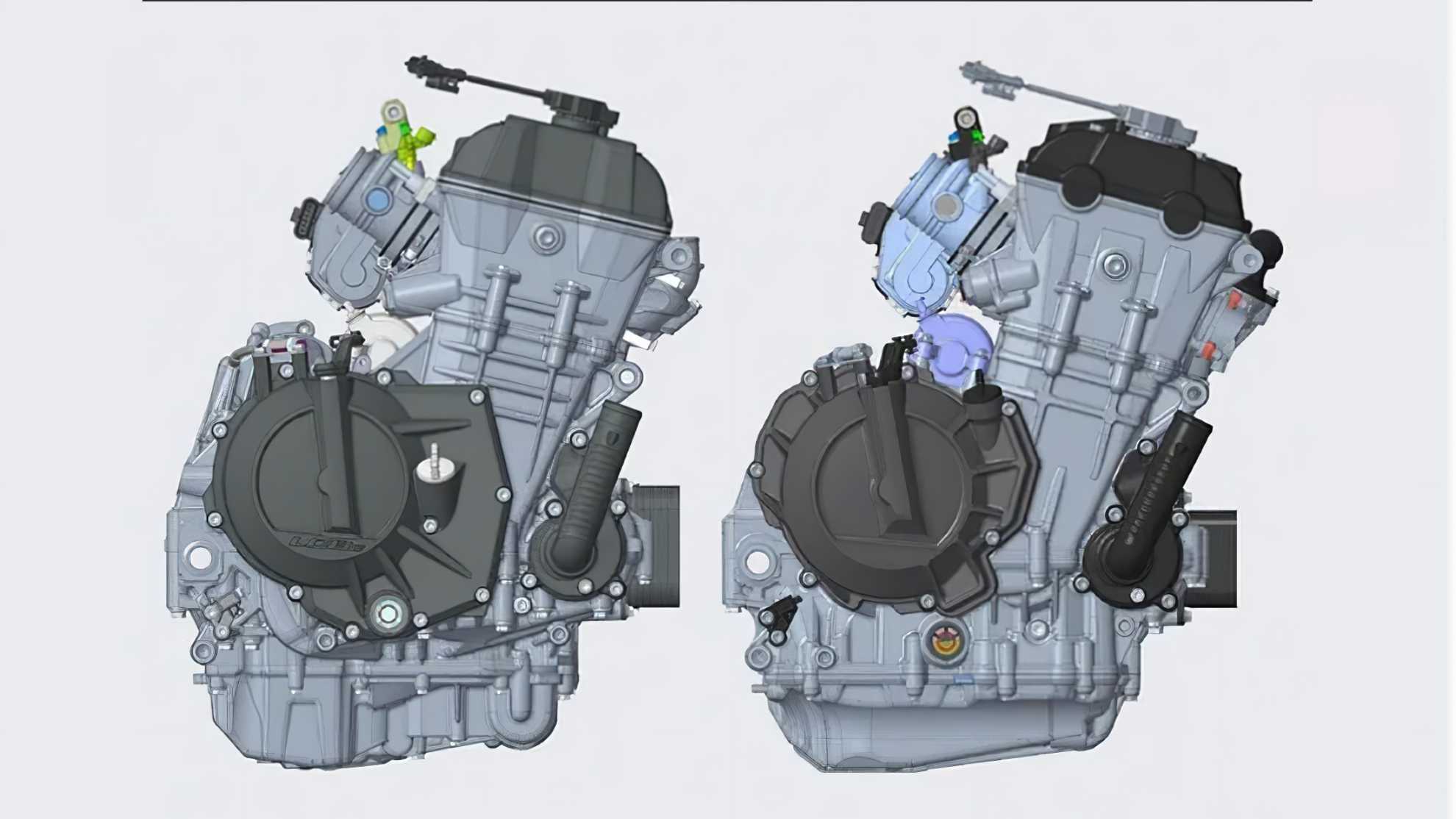