That a new Benelli TRK702 is coming was already revealed in April through type approvals in China.  Design filings now give more detailed insight as far as the technology is concerned.

The frame is similar to that of the TRK502, which will then have a new engine transplanted into it, which in turn resembles the twin-cylinder of the CFMoto 700CL.  It has 693cc and an identical bore and stroke to the CFMoto specimen.  Accordingly, the power output should be 75 PS.

From the pictures of the design application, it can be seen that the Benelli TRK702 will be equipped with a front as well as rear camera.  A similar system is already used on the 1200GT, which was unveiled in 2020.  At the front, the cam is mounted just below the headlight, while at the rear it is mounted above the license plate light.

Basically, these are dashcams, which are becoming increasingly popular in China.  The image can be transmitted live to the TFT screen, or of course recorded. 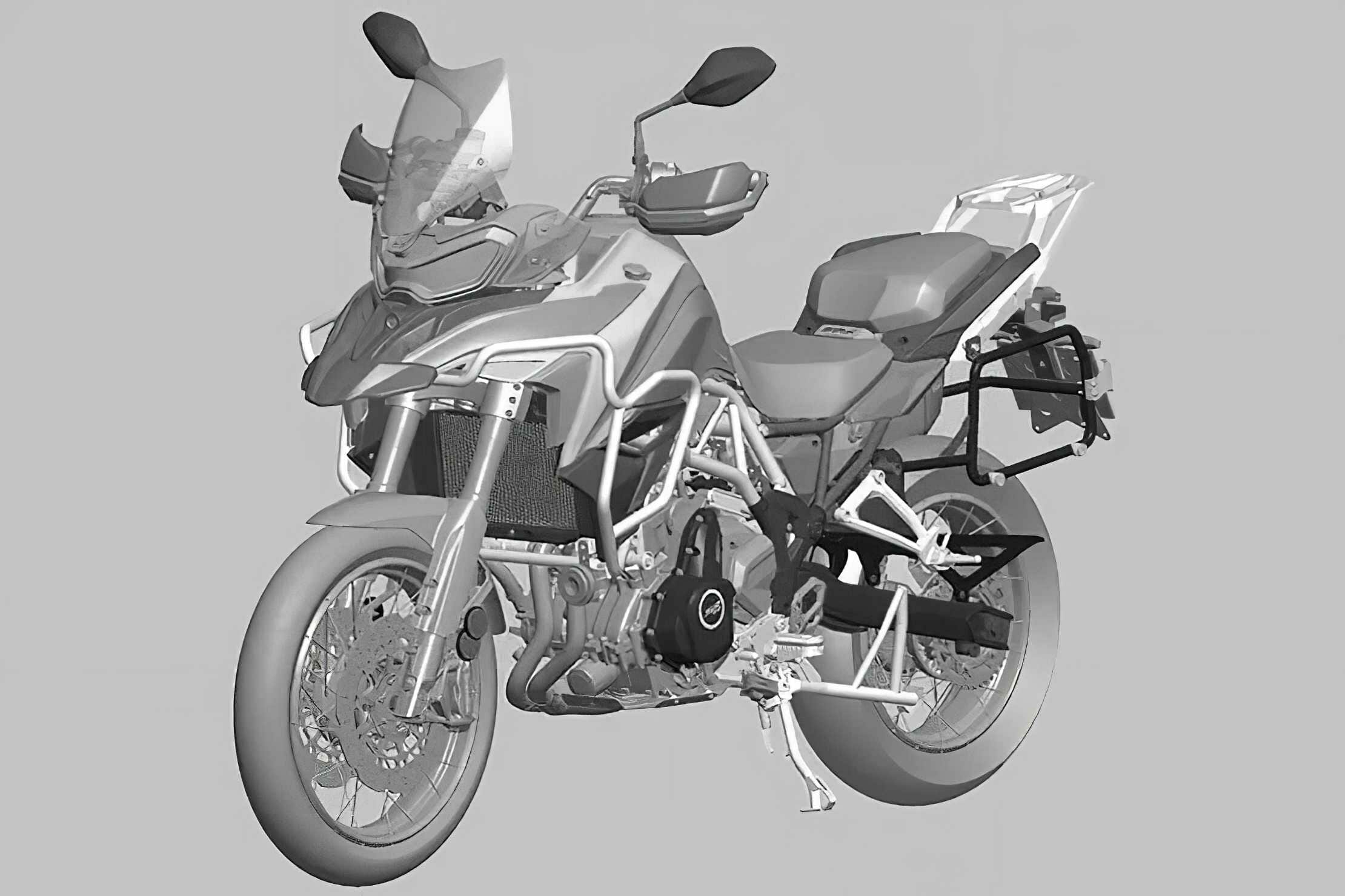