6 min read
Kawasaki has announced that the contract between the six-time WorldSBK champion Jonathan Rea and the Kawasaki Racing Team has been extended for another two years.

Kawasaki has announced that the contract between the six-time WorldSBK champion Jonathan Rea and the Kawasaki Racing Team has been extended for another two years.

Rea has been riding for KRT since 2015 and has won six world championships since then.  One reason for him to agree to the contract extension was that the Ninja ZX-10RR program is to be further developed.  Kawasaki wants to use it to showcase its technical strengths and development capabilities on a world stage.

Jonathan Rea: “I am really happy and excited to renew my contract with Kawasaki, to roll on for another two more years. It has been an incredible partnership, we have enjoyed so much success together that it is almost a natural progression. There was not much negotiation needed to continue together from both sides. It was more a case of how much more motivation I had to keep racing at the highest level in the WorldSBK championship. It has been an incredible few seasons; more competitive than ever. I have realised how motivated I am to continue and to continue fighting to win. Kawasaki gave me the opportunity back in 2015 to realise a childhood dream when I won the WorldSBK championship in the first year together. As a partnership we are so solid, and I am looking forward to continue making memories and representing an incredible manufacturer and brand. My team is my racing family. I love everyone inside the team like my own family and relationships like that count for a lot in racing. Huge credit goes to every single person in the staff, from Provec Racing, all the engineers in Japan, and everyone in the Kawasaki family. I am excited to see what we can do over the next two seasons.”

Guim Roda, KRT Team Manager: “Since we signed Johnny for the 2015 season, and until now, we have written a nice part of WorldSBK’s history. We are so proud to be part of this Rea success story, which also means, Kawasaki’s success story. It’s going on eight seasons together now, and Johnny has been performing at the maximum, always. Nowadays, and at the age of 35, he is in his best shape, and we know there’s still a lot of dancing left to be done. We have been working hard to define, with KMC, which kind of project we could create for Johnny to allow him to keep pushing at 110%. I think we gave him the motivation he needed to go for it for two years more. We can never rest on the laurels of our successful past, so we will have a hard job to cover JR’s expectations. We are ready for that. We guarantee it will be a real show for at least two more years…”

Shigemi Tanaka, General Manager of Marketing & Sales Division at Kawasaki Motors Corporation, Japan: “Since Jonathan joined KRT in 2015, we have achieved a number of significant feats together with the incredible combination of his riding talent and our Ninja ZX-10RR. We are delighted that he will take the next step together with us again for another two years aiming to reach further unprecedented heights for all Kawasaki fans across the world”.

Steve Guttridge, Kawasaki Europe Race Planning Manager: “Jonathan has been fundamental in creating an incredible relationship and a firm bond between the wider Kawasaki brand and the Ninja ZX-10RR in particular. Our six-time World Champion is undeniably part of the Kawasaki family and a history maker in his own right. Now, he has a chance to create another record-breaking chapter and we are eager to play a part in the next important phase of his racing journey.” 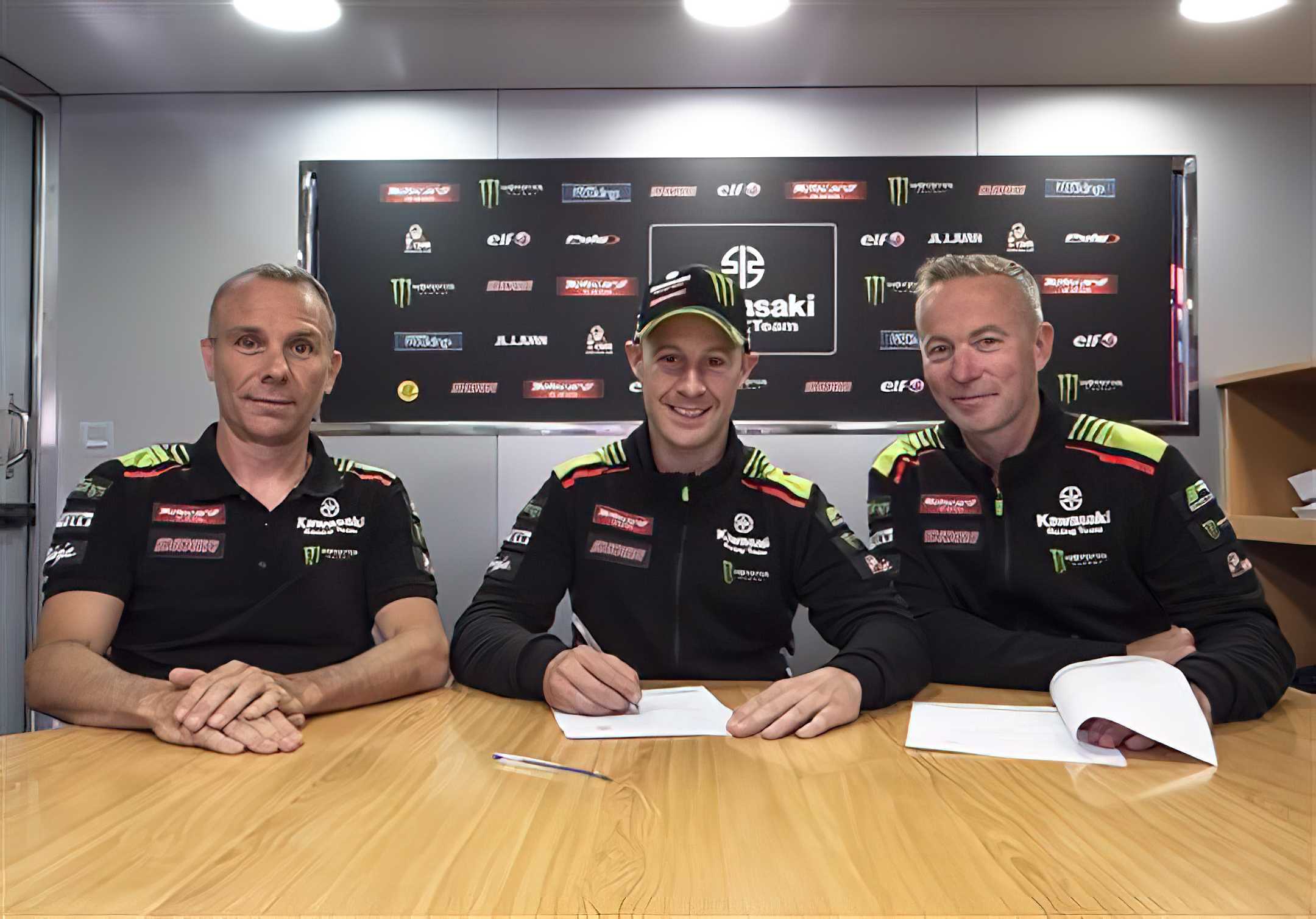