As reported, the cooperation of the four major Japanese motorcycle manufacturers was already decided last year. It looks like the agreement is being honored, as the “e-Yan Osaka” trial was started at Osaka University.

The trial will provide the university with electric bikes and scooters from all four manufacturers. The trial is intended to show how the cooperation and the resulting standardization could revolutionize the coming electric market.

All vehicles use the common battery standard based on Honda’s “Mobile Power Pack” system. The batteries fit in all provided vehicles of the four manufacturers. Battery changing stations will be set up throughout the campus and in local grocery stores.

This means that “the vehicle” does not need to be recharged after use, you can simply change the battery at one of the stations. This saves time and also the battery packs can be made smaller and therefore lighter, since a long range is no longer so important.

The trial is planned over a period of 12 months. The aim is to find out which advantages and disadvantages are associated with the use of a standardized battery. 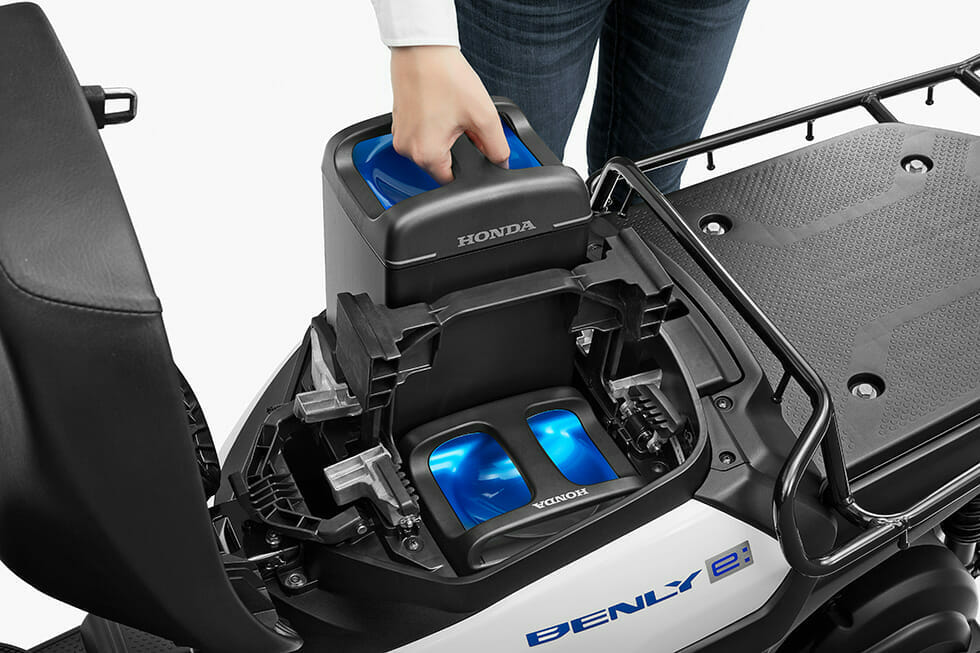