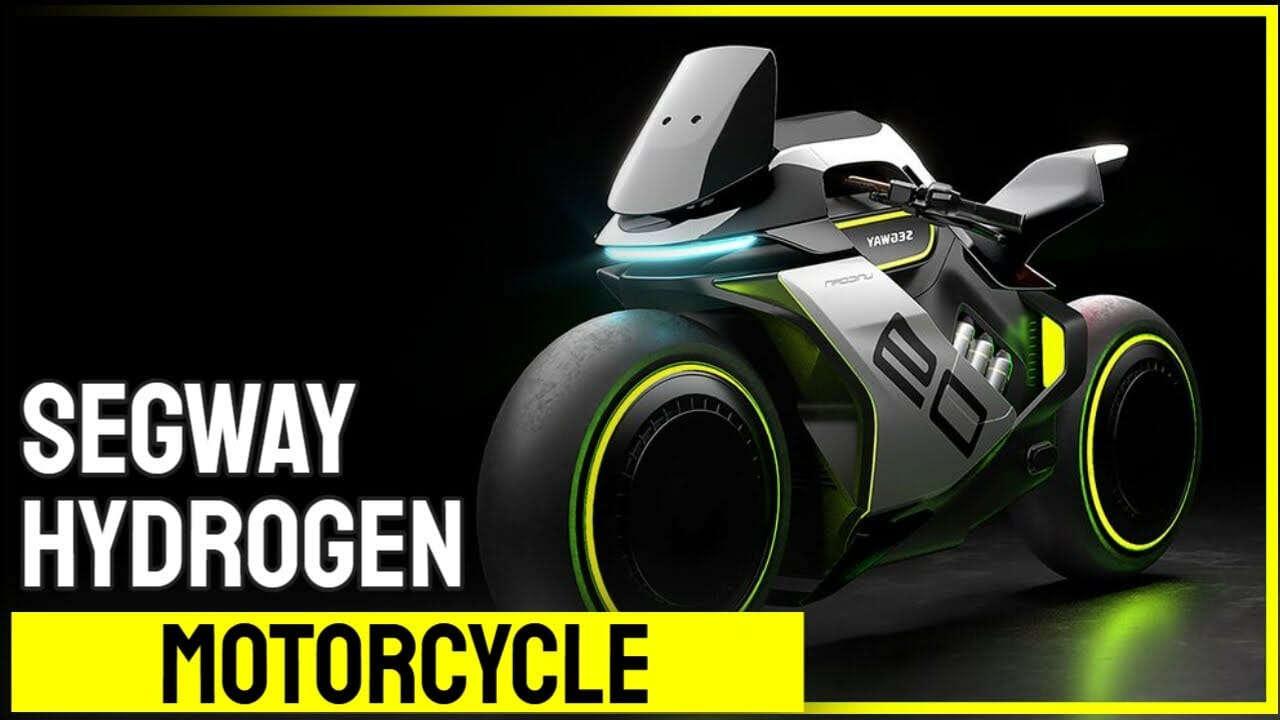 Money is currently being raised via crowdfunding for the Segway Apex H2. It is an electric motorcycle that generates the energy for the electric motor via hydrogen.

In the pictures published so far, the hydrogen motorcycle looks extremely futuristic. The headlight comes in the form of a simple line that goes around the front. The dummy tank builds up extremely, so that even the handlebar stubs protrude from the side of it. At the rear and also at the front, the wheels are guided by a single-sided swingarm. Therefore, a steer axle would also have to be used at the front. Details are not to be seen, however.

In principle, it is a further development of the Segway Apex electric motorcycle, which, however, was still equipped with a classic swing arm and an upside-down fork.

The hydrogen is to be refilled via special bottles that are simply replaced “when refueling.” Consumption is said to be 1 gram of hydrogen per kilometer. It is unclear, however, how this value is to be estimated. How far one can get on a tankful, or how large it would be, was not disclosed.

The release is planned for 2023 and prices are to start at the equivalent of 9,000 euros.