Home from the racetrack Racetrack-Motorcycle – is also low

Racing is expensive, entry into the racing unfortunately also. This keeps many of them from start on the race track. But it also works different as you can read here!

[sam id=”2″ codes=”true”]Will you to the race track with the street-legal motorcycle that is connected to the effort to have much to dismantle (mirrors, number plate holder …) and or taping. Added to this is the fear of a fall, which is quite expensive even at a small sliders.

A scratch in the panel can only significant cost for painting devour. So at least one racing fairing recommended.

Why 65 hp for the racetrack can be ideal! 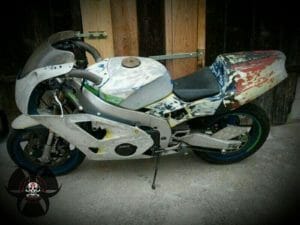 Why I want to be on the track with the 400cc with “incredible” 65 hp. I’ve already told in the previous articles. Thus I am forced to work harder and pay attention to the line. A small mistake with 65 hp and the lap time is messed up. A small mistake with a 1000cc and you realize it might not at the lap time. So you don`t think about it and have no reason to avoid possible errors …

Once you become accustomed to a bad line or driving, it is extremely difficult to change it back! Also, I’m man enough to be slow on the track

In some racetrack that can also annoy the big ones, since the small ZXR 400 is a real cornering machine. I had always liked Underdogs

Of course, nothing against the 600cc, 750cc or even 1000cc! Here it comes as possible Inexpensive on the track to enter!

I was just looking for a cheap racing fairing … 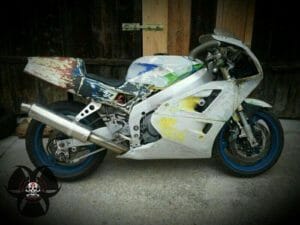 Since I was infected with the virus racetrack, as you can read in the report on the Getting Started, the instructor training, or tourist trip, I wanted to search only one racing fairing for my ZXR-400.

I, among others, driving the Kawasaki on the road, and it is registered throughout the year, I simply wanted to protect the fairing. So I searched the internet and found in the classifieds a complete ZXR400 from the circuit. The machine was already about 5 years in a barn and the fairing was prepared for painting (according to indication). The see here are pictures were taken of the advert!

My taste has always been something special … I do not stand so on colorful, mine is more of a friendly black, but I stand on run down. And that was the disguise. You must already have been painted X times and was abraded for the new paint. She told me as she had been born right, and I had to have it.

[sam id=”25″ codes=”true”]The whole bike should cost € 550 and I was able to bargain down to 500 €. I bought the machine unseen! The fairing was just too cool, and for a used racing fairing 500 € also quite ok. I still got the motorcycle. For spare parts for my road ZXR400 would already be useful, especially because I had one or the other part indeed been wrecked on the track.

I came out of the worst. Rusted tanks, leaking fork, brakes at the end, chain kit over … But everything was in top condition! Only the screws for the fairing, tank, seat and a few things were missing. So the idea came quickly on, prepare the girl for the Run.

Why do I look 65 hp on the racetrack as sufficient (at least for the start on the track) I’ve already written above. The ZXR 400, despite her age and despite the “missing” horsepower an absolute super sports Motorcycle! It was designed for the race track and it shows her also. 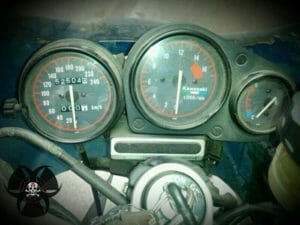 What makes them cheap is the price once. OK, for € 500, there is not a lot, but for about 1000 € one gets a good basis for the race track. Optical defects you have to take into account here. But it is really cheap by the simple technique. You can really do everything yourself! If you buy the workshop manual and check it in ZXR 400 – the forum past even a beginner to do everything yourself, as long as you do not have two left hands.

The forum anyway I can highly recommend it! Great people without posers, the one always happy to help. There are also enough with the little one on the track. Experience relates to what tuning or weight saving is enough available. That alone extremely Saves money!

Many think the ZXR 400 is only for small people. But it has a height adjustment so that it is also suitable for Larger. For the reverse shift schedule needs to solve only one screw …

What still needs to be made to the Little and whether the 50,000 km are not too much?

The engine holds out even more, it only needs to be changed sometimes the head gasket. If one builds out the thermostat and thus always has great water cycle, it needs a little longer to warm up, but the head gasket also makes then no more problems.

The missing screws I’ve been ordered and carburetor needs to be cleaned. With the tires of the previous owner had his fun, and he completely blown away with a burnout. New tires need so forth. I will also change the brake levers and cables so that the pressure point of the brake constant and clearer. A racing windshield is nor built in and that’s it for now.

Reports on the renovations will follow as soon as I start it. Over the winter I was just too cold in the garage. The only thing I’ve done is treat the fairing and the tank with a clear coat. I just wanted to protect the “work of art” because I find it just too cool! 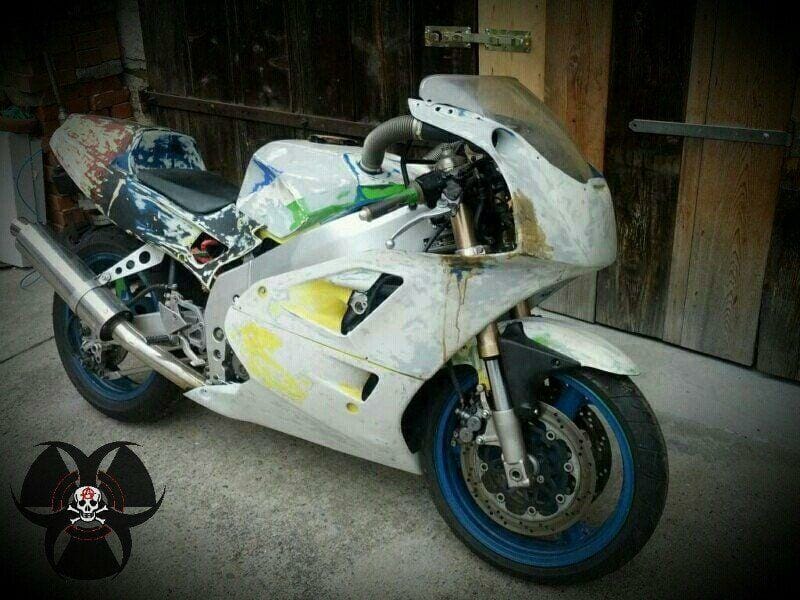 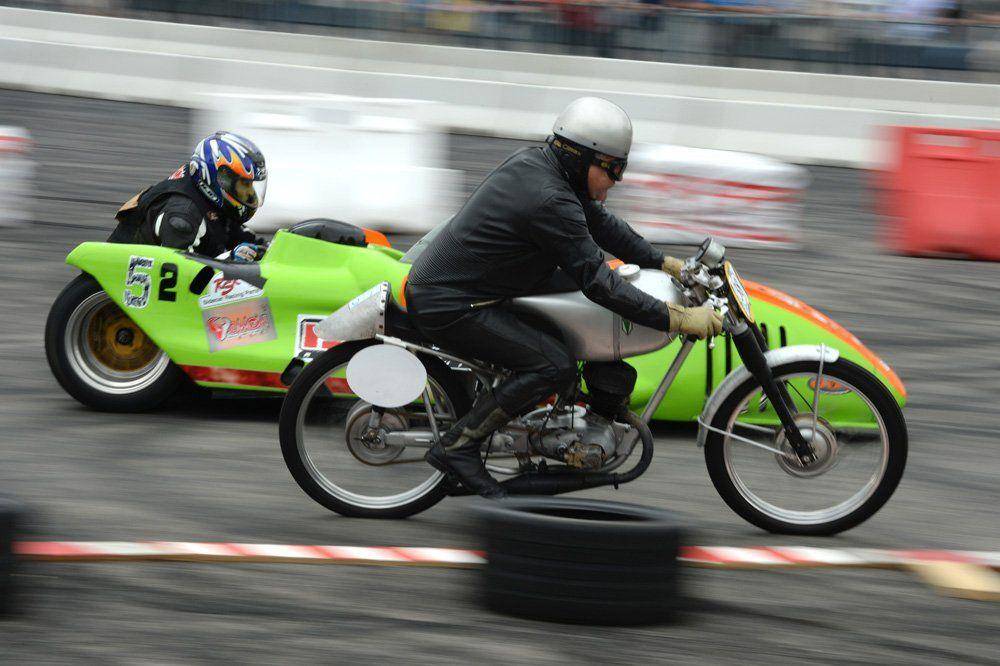