At the 2021 Beijing Motor Show, Quianjiang Motors showed its QJ7000D electric sports bike for the first time. Now patent applications have surfaced about the bike.

The 7000 in the name hints to the available kilowatt-hours. Now images have surfaced from the patent application for the electric motorcycle, revealing some details.

It looks like there will be a cavity underneath the ” fuel tank” where a kind of tank bag has been incorporated. To allow for a cleaner rear end, the license plate holder including lights has been attached to the swingarm and routed behind the rear wheel. The footrests for the pillion passenger are also not attached to the rear.

The motorcycle has a very sporty appearance, which is also underlined by the upside-down fork. However, the brakes are applied with a single brake disc at the front. For the power of about 13 hp, however, this is also quite sufficient. The top speed is said to be around 65 miles (just under 105 km/h), the range around 60 miles (just under 100 km).

In the Chinese market, the motorcycle is expected to be released under the QJMotor branding. In other markets, a release as Benelli would be possible. 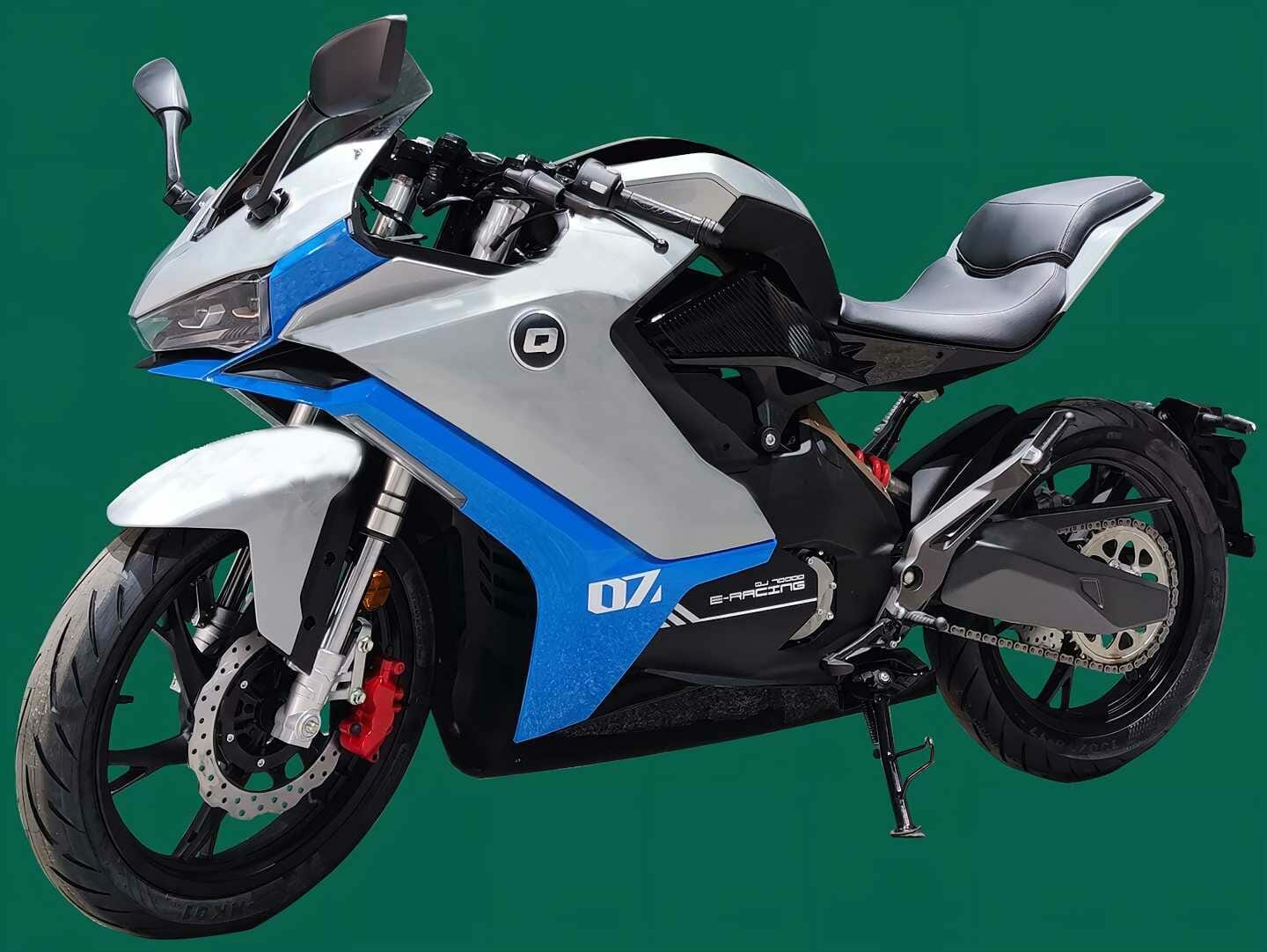