KTM has refined the original Scalpel, the 790 Duke, for 2022 and aims to deliver a stunning package for the global market for the new model year.

Europe has to do without 10 PS

In order to offer the possibility of being throttled in Europe in conformity with A2, the European version gets the maximum permitted 95 PS for it (in unthrottled condition). The rest of the world market gets a 105 PS version.

According to KTM, the 105 PS version has the most compact inline 2-cylinder in its class. The engine produces a maximum of 87 Nm and has been specifically designed for torque. It is said to offer easily controllable power. Even at high revs, KTM aims to offer excellent performance that should guarantee pure driving pleasure.

Lightness, agility and sportiness – particular emphasis has been placed on these. The geometry was designed for a sporty driving style on the road. The suspension elements are of course from WP, the APEX range was used.

The KTM 790 Duke is equipped with lean angle-dependent traction control, cornering ABS (including Supermoto mode) and three standard riding modes. Settings are made via the color 5-inch TFT display. LEDs are used for the lighting.

The KTM 790 Duke will be offered in traditional orange or gray-black. The new Scalpel will be in dealerships starting this summer. 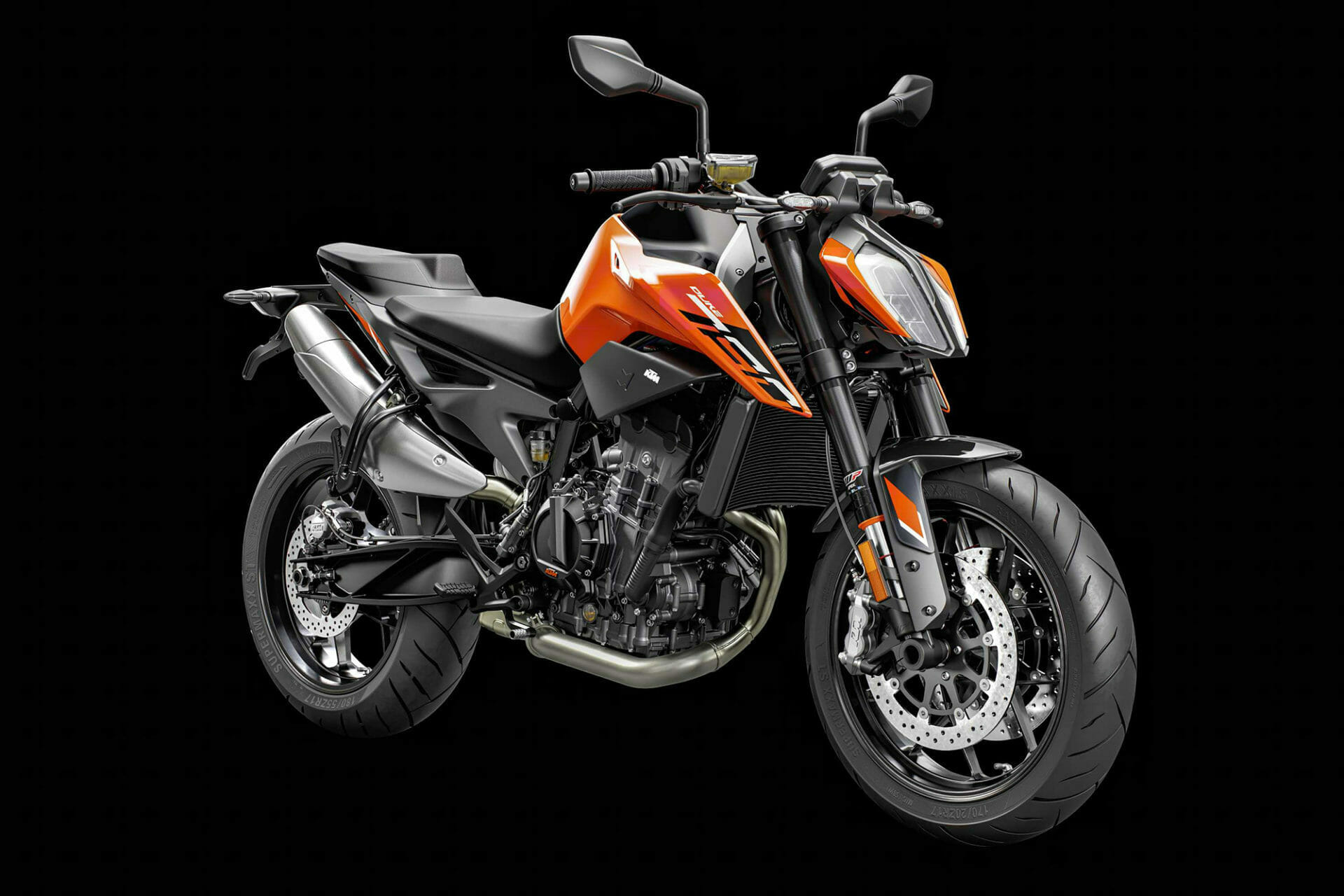