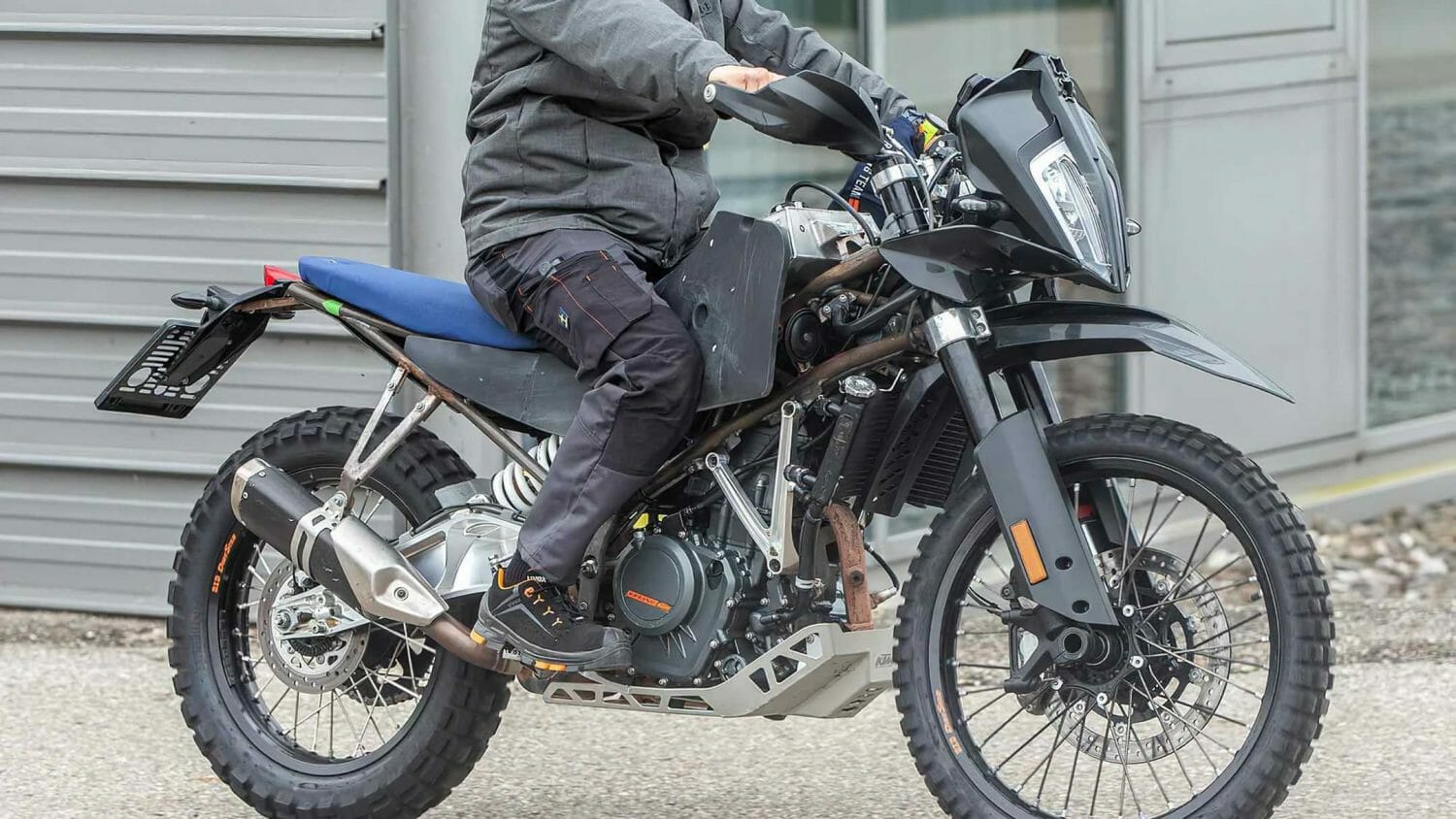 A possible new KTM 390 Adventure was spotted on test rides. The Adventure bike was much more trimmed for off-road capability than the familiar model.

Going by the pictures, it seems that the trellis tube and subframe have been modified. Presumably they are still experimenting with it, as the steel lattice tube has only been welded into a frame and they have even dispensed with a paint job. All in all, the bike looks like they just used a bunch of parts that were available.

The swingarm was also changed, which does not match the rest of the bike, as it looks really clean and new.

The wheels have been changed to spoked wheels. At the front they seem to have changed to 21-inch and at the rear to 18-inch. The wheels are covered with chunky tires.

The bike looks like an early prototype, so a lot can still change. 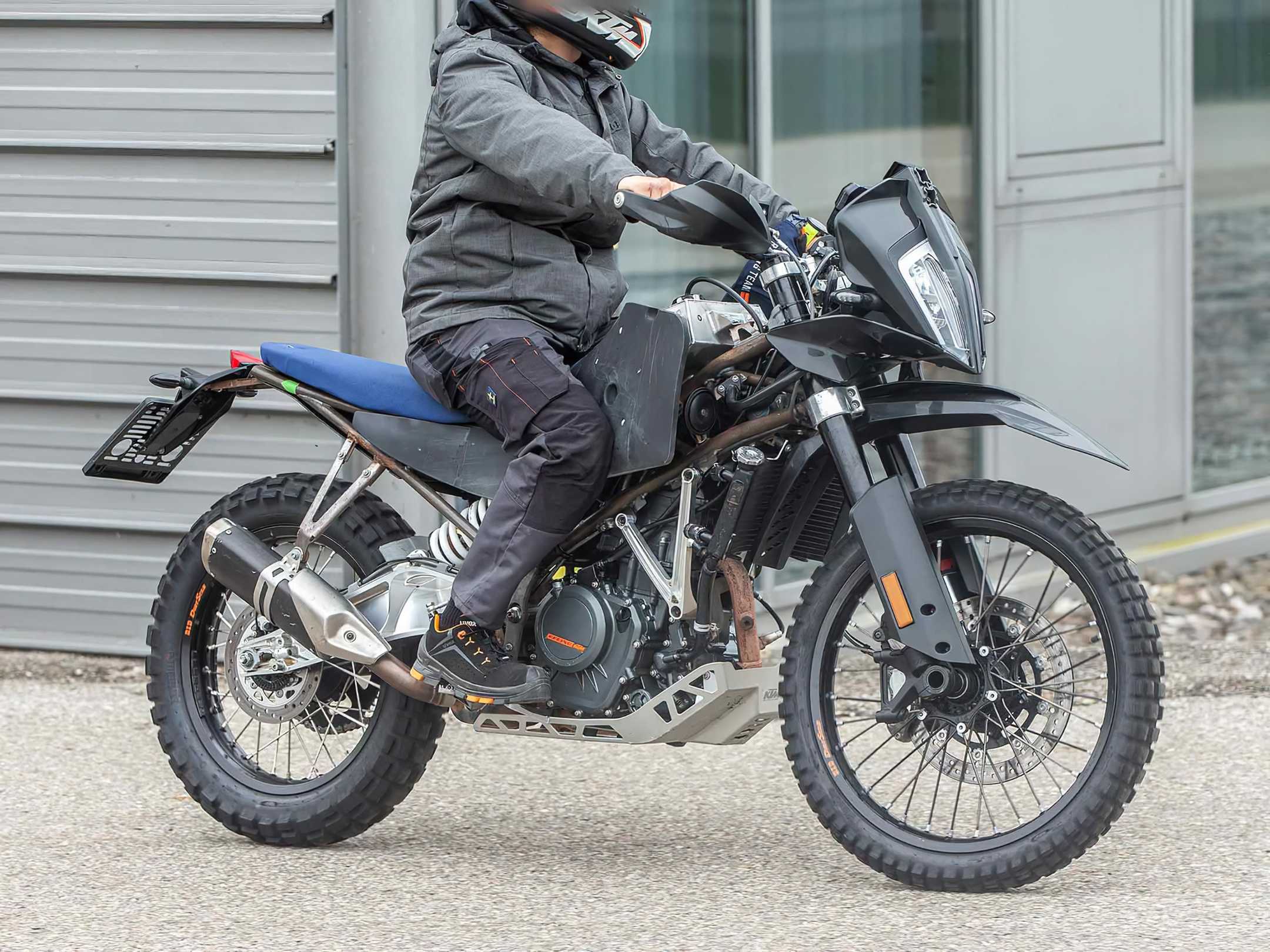