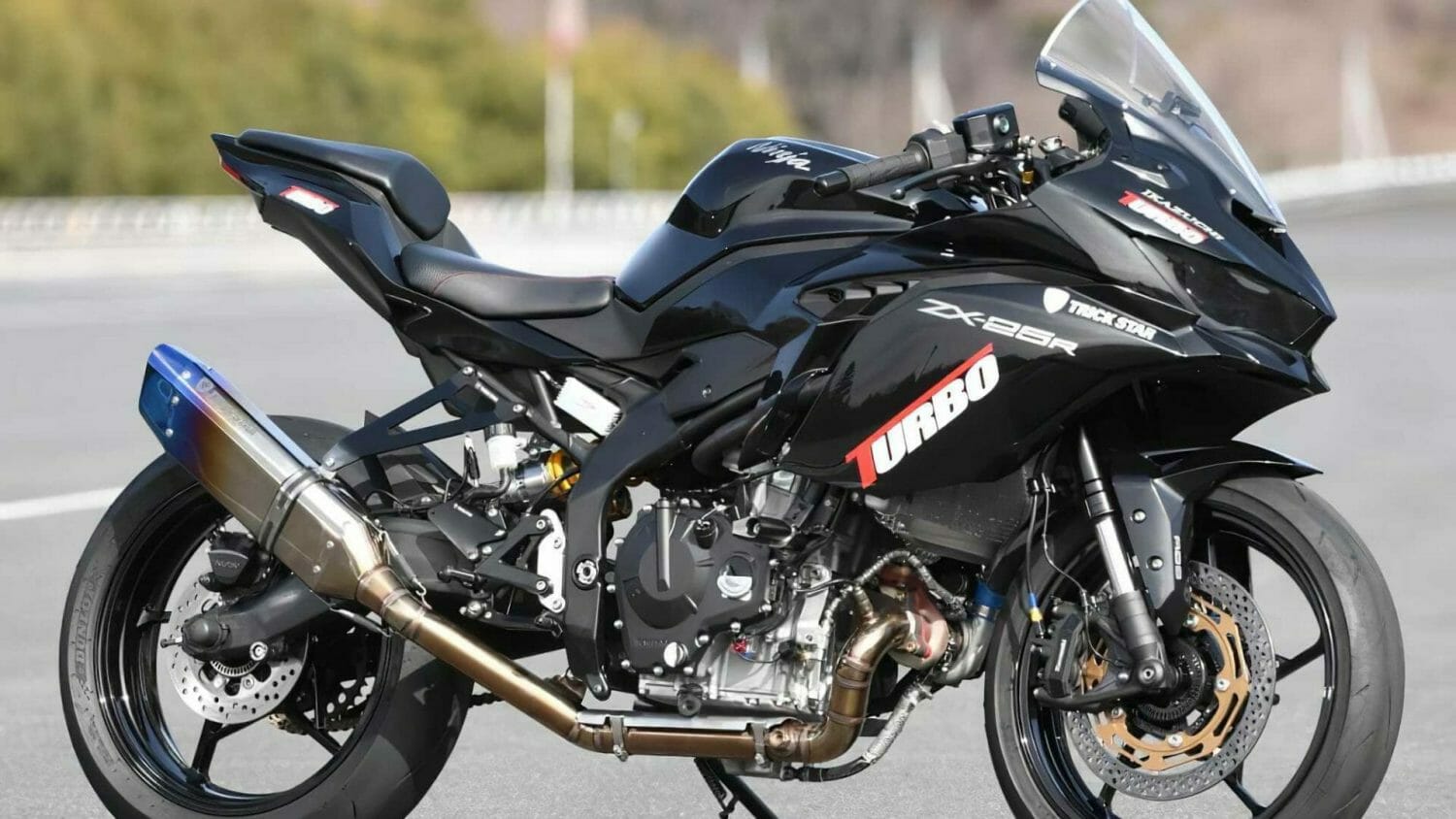 Unfortunately, the quarter-liter machine ZX-25R is offered only on the Asian market and in New Zealand.  However, it becomes extremely popular there, so that now even a turbo kit has been developed for the little racing bike.

Racing machine for the road

Basically, the Kawasaki ZX-25R was developed as a racing machine, which was then licensed for road use.  Since then, many racing series have been established in Asia, some of which rely solely on the ZX-25R.

Trick-Star has now developed a turbo kit for the small sports bike, which again significantly increases the power.  In standard condition, 50 hp at 15,500 rpm is specified, with Ram-Air it is even 51 hp.  For a 250cc engine, this is quite remarkable, especially since the red zone only starts at 17,500 rpm.

But with the turbo kit this power can be increased significantly.  Up to 100 hp is possible, double the power compared to the stock version.  However, one may assume that this also comes at the cost of premature wear.  However, it is also possible to drive with a boost pressure of only 0.6 bar, which then increases the power “only” to 60 hp, but raises the power and torque in a very balanced way.

However, the turbo kit does not have road approval. 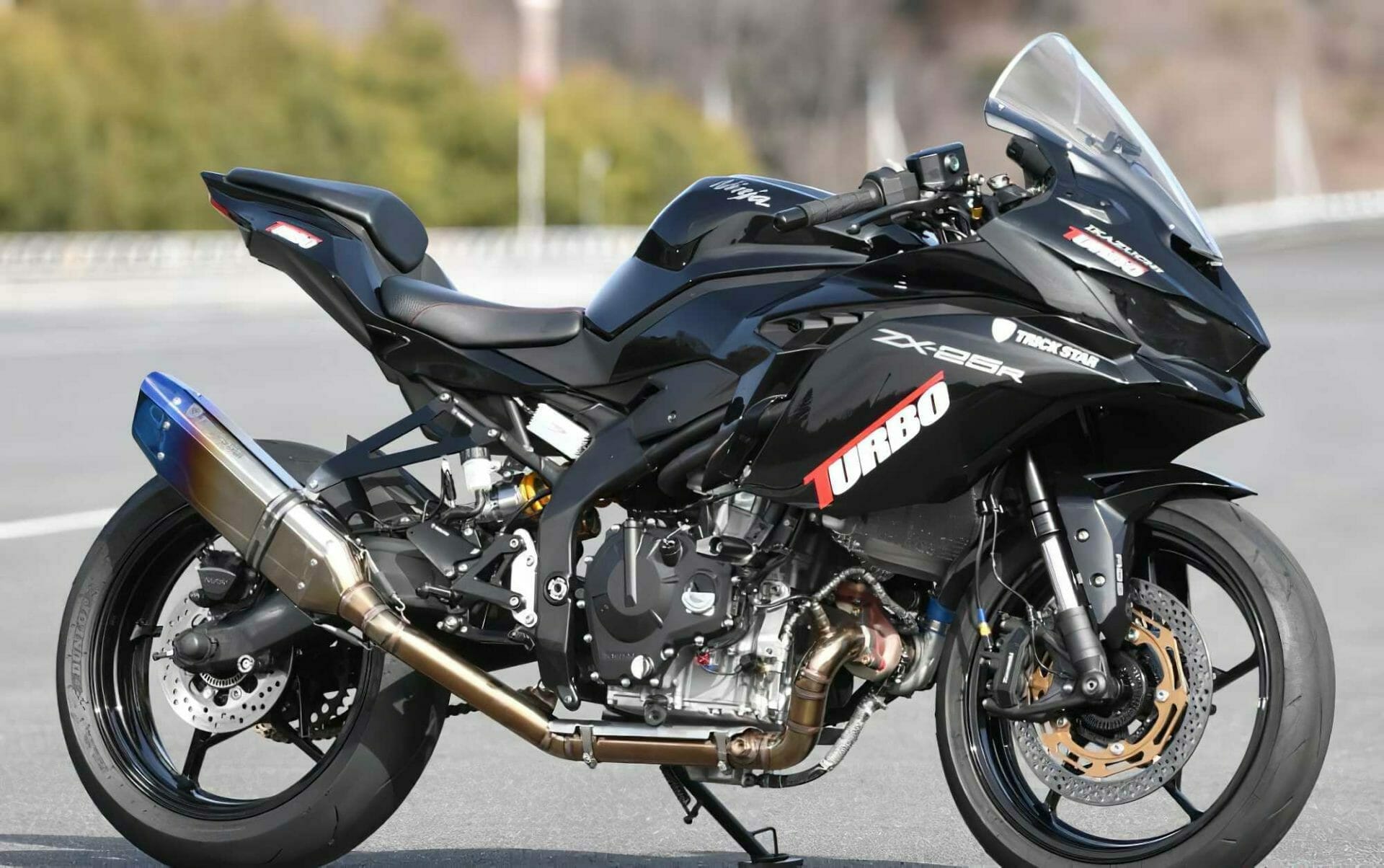