The IMOT in Munich is over. To see there was all innovations of the sector, whether motorcycles or accessories.  [sam id=”2″ codes=”true”]On the IMOT Motorcycle Show in Munich I missed nothing new. From the new S1000RR BMW over the Ninja H2 to the new R1 Yamaha everything was available. There were over 300 exhibitors on site. Super sport bikes, tourers, dirt bikes, choppers, Street Fighter, there was something for everyone. In the accessories sector there was nothing to miss. Helmets, leathers, boots … it been just like brake lever, frame sliders, stands and polishes …

The exhibition halls in Munich were opened at 9 clock. I was from about 9.30 clock on the spot and it was a lot going on. In front of the ticket counters and entrances are snakes have been formed. 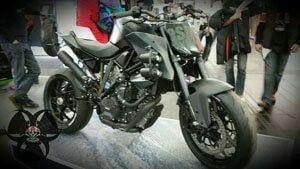 Arrived in the first hall was already a lot going on here. But you still came through well and could still good look at the motorcycles. However, this has changed in the course of the day.

The new motorcycles on the IMOT – Motorcycle Exhibition

In the novelties of the major manufacturers that was different. Represented were of course all known manufacturers such as BMW, Kawasaki, Yamaha, KTM, Honda, Triumph … 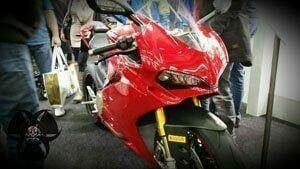 Here you had been working almost elbow to catch a little look at the motorcycles by 2015. To take photos or videos without anyone sitting on the machine or running through the picture, was almost impossible (what you see on the many pictures in the gallery).

At the Yamaha booth I first discovered only the new R1. As the show was now so well attended, I have the R1M totally overlooked. Who knows what I’ve missed all. 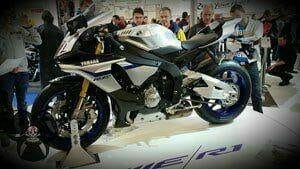 Grapes were also at the Kawasaki Ninja H2 / H2R, at the BMW S1000RR and the Panigale 1299. Clearly other novelties were just as popular, but the new super sport bikes I had primarily focused. Well, that was probably others too.

That was the motto of the IMOT, so it made at least the impression. There was not really a machine on the not someone was sitting. Sure, if you’re on the think about to buy something new, this is a first to probe the workpiece whether the seating Position etc. is fine too. 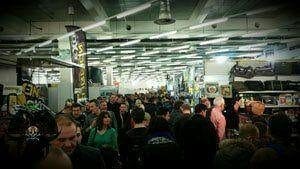 Many simply want to be able to say “on this machine I’ve was sitting” or would even have 200 hp between the legs.

No, it’s sometimes even interesting how it feels and how to sit on it, to see if it fits, or simply even dream short. That Many jumped from bike to bike I do not understand quite. In certain bikes like the R1, H2, S1000RR, 1299 Panigale S and the Fireblade even formed queues.

Criticism of the motorcycle show !?

[sam id=”41″ codes=”true”]It was great to see all the new bikes live, and for most people to feel them sometimes. Many bargains you could make, because there was very good fair discounts. Helmets with the decor of 2014 you could get hold of the part for half the price …

On the negative side, however, that the show was crowded! Through the crowds could see the bikes no longer look closely or photograph. OK, I was there on Saturday. On Friday, it would have been a little quieter, but unfortunately it did not work on Friday. It has certainly heard from many that they no longer want to come on a Saturday. 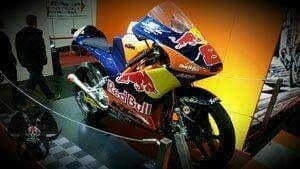 Of shows I have nothing hardly noticed. On the stage of “Rock Antenne” a few motorcycles were presented. I’ve noticed but only marginally, since I happened to come by. A plan when all runs, I have never found. Whether or when something else was still offered, I can not say. Although every now and then there was an announcement that was because the masses but usually difficult to understand. But those who have noted only in different halls or manufacturer (as far as I’ve noticed it).

The motorcycle Youtuber Meddes was for a time in the prior of his sponsor. There was also a coincidence I‘ve seen it. In the run but I‘ve already read it on Facebook. Vecci87 and Teng84 would have been there.

Perhaps the fair management should Flyer unhook when where what is required to ensure you do not miss anything !?

Interestingly, the fair was in any case. It’s just a pure fair without big shows, but this does not have to be so bad. Here, the products are the focus. Represented was all the big names missing and I have nothing …

To the gallery, it goes here 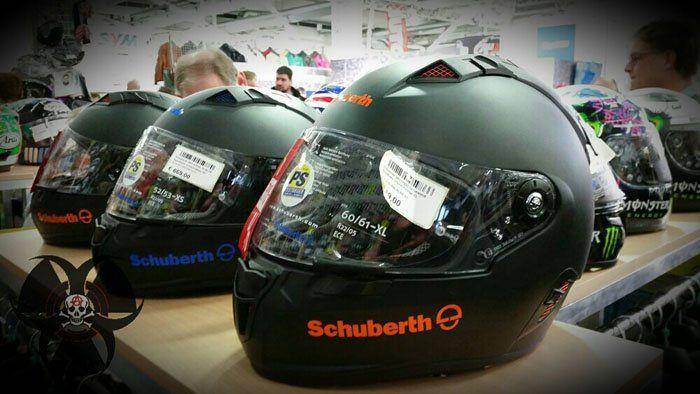