On Easter Saturday, there were a motorcycle race for touching at Hockenheim. When first round of the German Endurance Cup 2015 it was not just a spectator, it was the middle of it and got so much on offer …

The first run of the DLC fell into the water. Rain and cold made for spectators and participants for a not so great start to the season. Despite all adversities, the Hockenheimring was well attended, and rightly so! You got so much on offer for the small admission!

Spectators, and yet in the heart

[sam id=”2″ codes=”true”]Here it was not confined to his seat on the tribune. You could in each box, and even in the pit lane. Here you had racing to touch. You could see how it really goes in racing. Not only the coated hands of technicians with white gloves of technicians at the MotoGP or Formula 1. Here one saw how honest racing is, with blood, sweat and emotion!

The classification and rules of the DLC 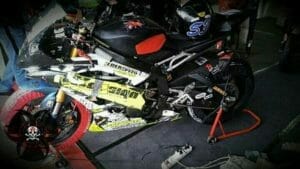 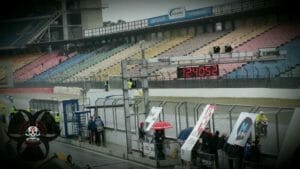 For each team 2-3 Drivers and 2-3 motorcycles may compete. May only be driven with a motorcycle only in class Endurance. The driver of a team must therefore share a motorcycle.

The technique of motorcycles is free, only the security must be taken into account and a large series come from. For tuning has thus largely free hand.

It all went a bit different than planned! 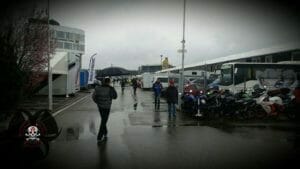 Because of the rain the start was delayed by one hour. It has dispensed with the start at Le Mans style, as this would have been too dangerous in these conditions. It was decided to start behind the safety car. 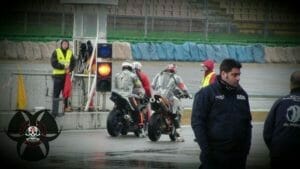 For a few laps the safety car was out, and then let the racers themselves. Under these conditions, not an easy thing. The first falls in the race were not long in coming and already passed behind the safety car.

As it turned out, was probably in some places oil on the track, which was not visible through the rain.

Wolfi #53 and the Chaoten Dreamteam

The name can be seen before, here drive people like you and me. It should be fun, without taking all the beer–seriously. Serious Racing, it was definitely. 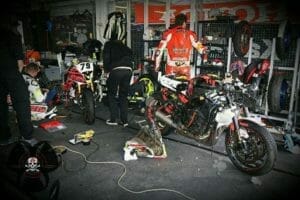 The bad weather was decisive on this day. Also Wolfi # 53 did not remain unscathed and fell quite early. Apart from the lining of the steering damper and the footrest was still broken. Immediately there were helping hands to all repaired again. Missing parts were willingly supplied by other teams. The cohesion on the race track is just a dream.

Of course, the team fell back by far, because dragged on the repair. But the chaotic dream team was not only one fall. One was made of two damaged machines. At least spare parts were no longer a problem…

Fall festival in the rain at the 1000km Hockenheim 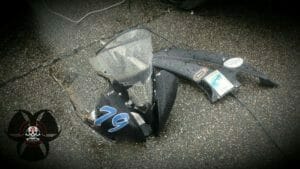 But the falls were not limited to one team. With 77 teams you came to about 110 falls! Very often, the safety car was out and at least once the ambulance. As Dennis crashed for the second time it got also another driver who Dennis even touched. For Dennis all right (not only for his machine) went unscathed from. The other driver was taken away by ambulance, not so nice to look at. I hope he is now fit again!

The whole can also be seen in the video. Some was thrown on gravel on the track by the two falls. The safety car led the Racer around it and a sweeper removed the gravel.

The whole from the perspective of Wolfi # 53 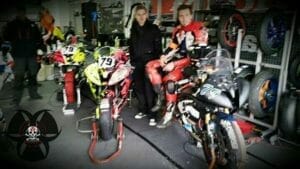 Wolfi # 53 and the chaotic dream team gave me the video footage (driving shots). At this point a big thank for it!

Who more about Wolfi # 53, his experiences would on racetracks and road races (including the Isle of Man), to know can find out more about it in his 50s Club.

Here is an excerpt from his Report:

Who wants to learn more about the DLC or ultimately want to see the results of the race should be on the Homepage of DLC gaze over. 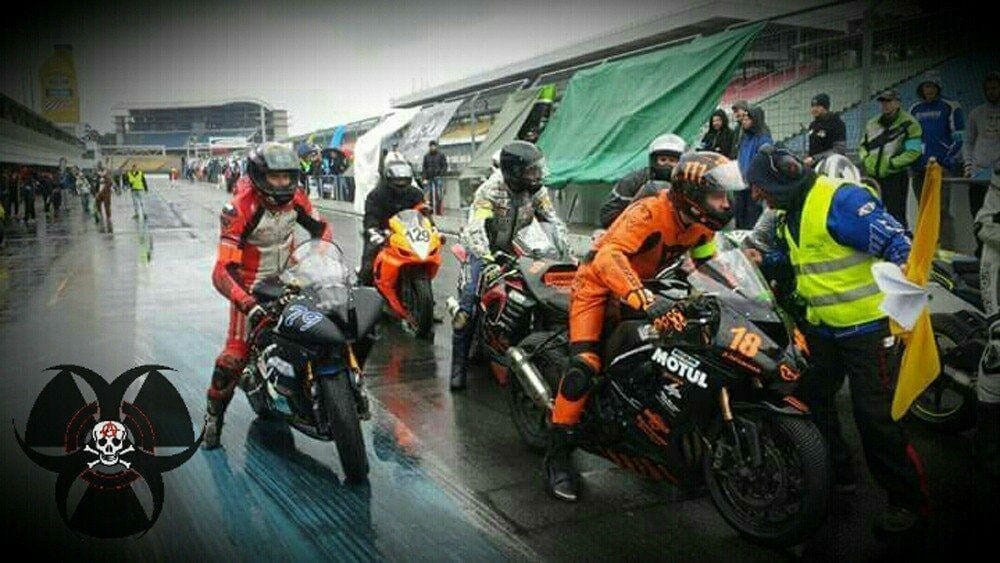 Marc Marquez is training on the motorcycle again