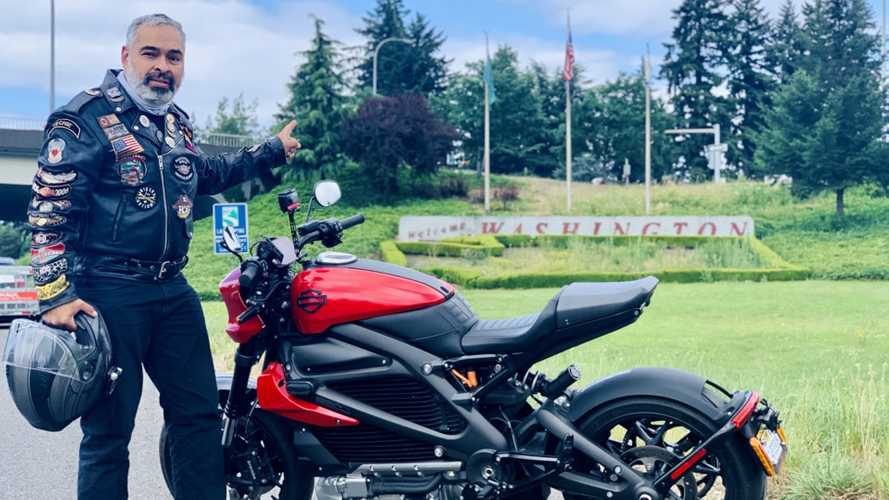 With a LiveWire from Mexico to Canada

To celebrate his 50th birthday, Diego Cardenas rode the electric motorcycle from Mexico to Canada, a distance of 1,400 miles.

He drove along the west coast of the USA, through California, Oregon and Washington. One challenge was the limited range of an electric motorcycle, combined with the long charging times.

The LiveWire covers a distance of approximately 150 km on the highway or 95 miles. Charging the battery with a level 2 charger takes around an hour (40 minutes up to 80%). That means one drive about 1.5 hours and then have to recharge the motorcycle for an hour, but only if a level 2 charger is available, otherwise it takes even longer.

Cardenas planned his trip taking into account available charging stations. He chose it so that he could cover the longest possible distance between charging cycles. But he also took the risk that the trip would have failed if a charging station had not been in operation. He planned five days for the trip and his family followed him for an emergency.

Some difficulties also occurred along the way, among other things he lost his key in between. In the end, it took him almost twice the time for the route instead of the planned five days. But he was still able to enjoy his tour.

In the video he tells about it: