2 min read
The French motorcycle manufacturer Voxan Motors presented the Wattmann electric superbike back in 2013. Now it gets a worthy successor.

The French motorcycle manufacturer Voxan Motors presented the Wattmann electric superbike back in 2013. Now it gets a worthy successor.

The motorcycle at that time produced 203 PS and a torque of 203 Nm. The top speed was 170 km / h and the acceleration from 0 to 100 km / h made it in 3.4 seconds. The Voxan Wattman was advertised as the most powerful electric motorcycle ever built. It is now out of date.

In 2019, Voxan teamed up with superbike rider and champion Max Biaggi to set a new speed record for electric motorcycles. At the moment it is still held by Ryuji Tsuruta with the Mobitec EV-02A. Tsuruta reached 204.48 mph (329 km / h) with his electric bike in 2019.

Biaggi originally beat this record on the Uyuni Salt Flats in Bolivia in June 2020, but due to the Corona crisis, the date had to be postponed and is now scheduled for July 2021.

The attempt to record will then be tackled with a new Wattman, which has now been presented.

According to Voxan, the Wattman prepared for the record run should deliver 367 PS (270 kW) and easily break the 300 km / h mark. Strictly speaking, even 330 km / h are stated, but the motorcycle may not have really driven the speed yet, although there was already a first test in March. 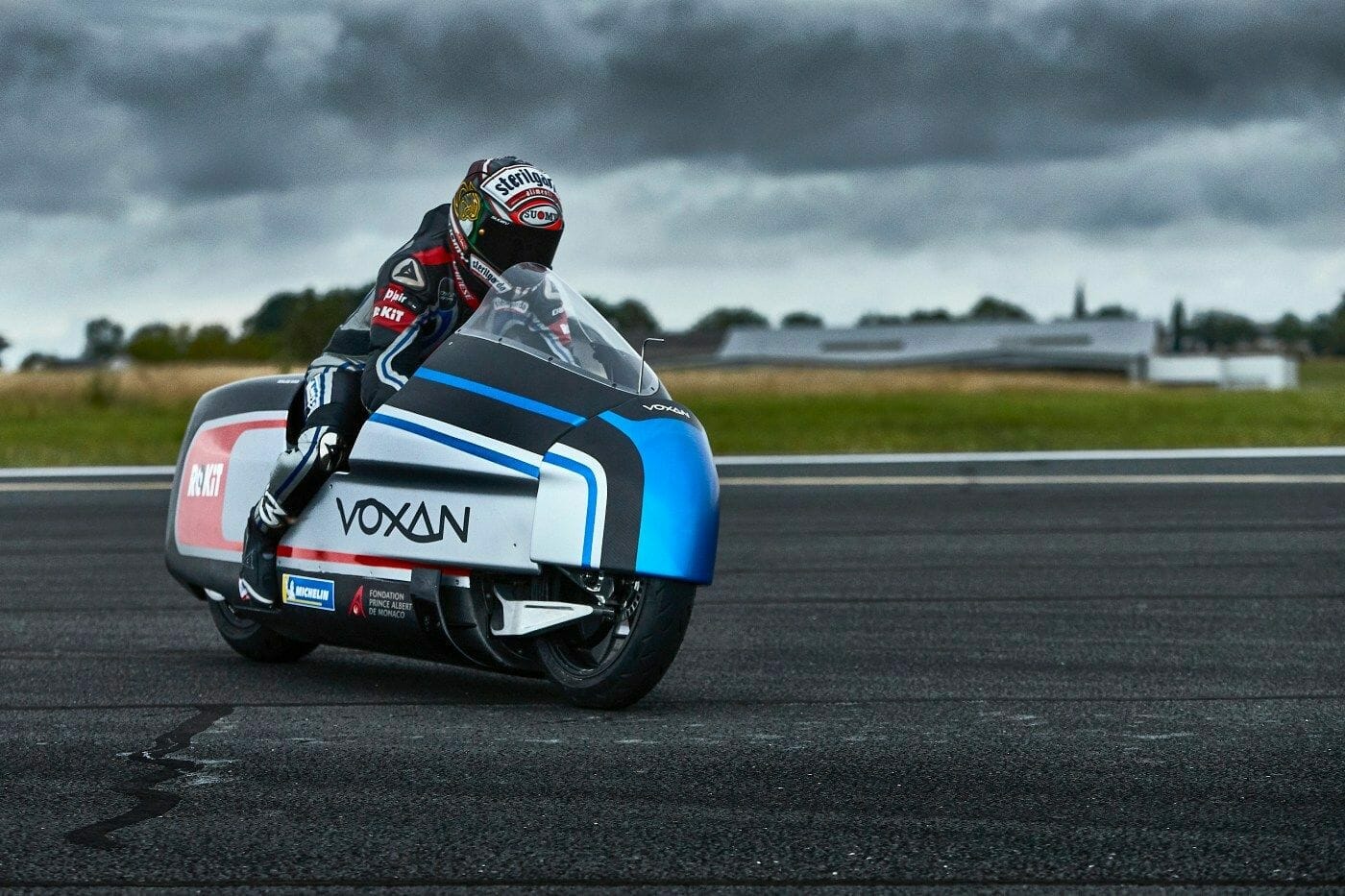