Home New Motorcycles Video of the electric cross of Honda

Video of the electric cross of Honda

So far, it was quiet around plans for an electric-powered motorcycle from Honda. At the Motorcycle Show in Tokyo in March, they suddenly showed the prototype Honda CR Electric.

The bike is developed in collaboration with Mugen. An almost identical bike (the T.Rex) was also introduced by Mugen, including the strong collaboration on electric motorcycles. Mugen has a lot of experience in this regard. At the Zero TT on the Isle of Man, their motorcycles have been winning for years, as evidenced by their know-how in this area.

In the net, the first video has surfaced showing the Honda CR in action (to be found in the video section). The video was made at the All Japan Motocross Championships where a few demo laps were driven.

A little timid you have been in the drive, however, so you can not really judge what the CR can really afford and if they would be an alternative to the gasoline. Of course, the question of whether the restraint was possibly also at the development stage of the machine remains open. The fact that the bike will find its way into the salesrooms is considered safe. 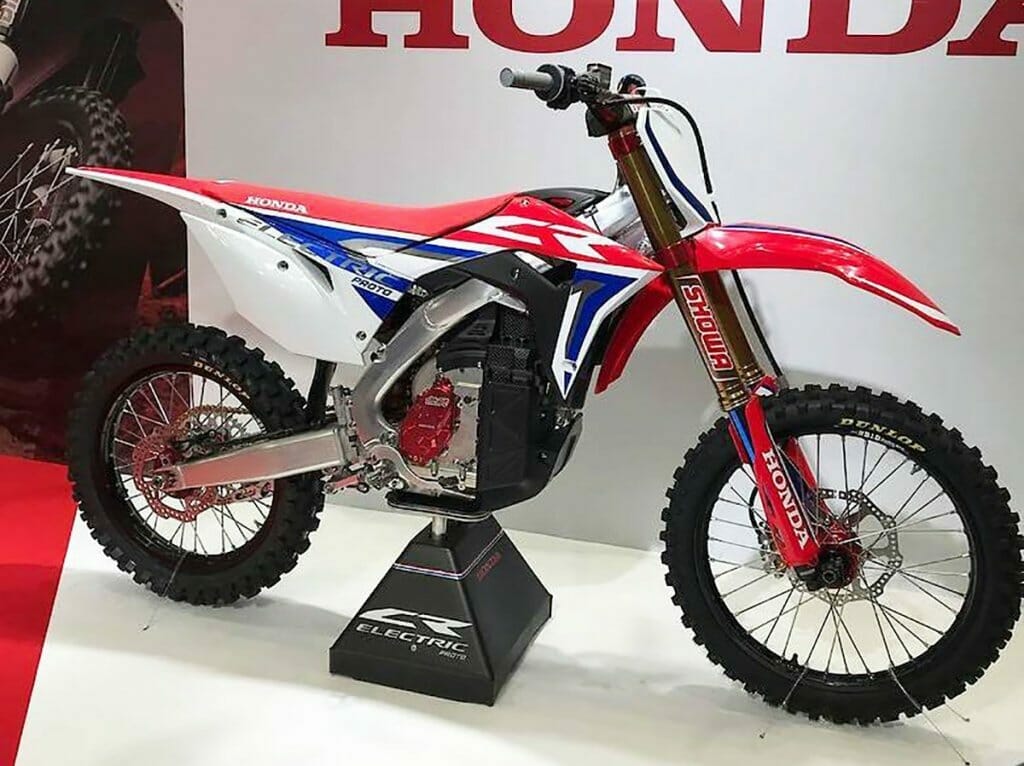