7 min read
Cinema Mode
Triumph has announced the test results and specs of their first electric motorcycle.  However, it remains a prototype that will not go into production like in this form, but it should give a strong indication of what is to come in the future....

Triumph has announced the test results and specs of their first electric motorcycle.  However, it remains a prototype that will not go into production like in this form, but it should give a strong indication of what is to come in the future….

On one charge, the TE-1 is able to travel 161 km or 100 miles.  The figure refers to a mix of city, country road and highway driving.  The battery can then be charged from 0 to 80% within 20 minutes.  This is a standardized value that is stated this way by most manufacturers.  How long it takes to reach 100 percent is accordingly not revealed.

According to Triumph, the TE-1 charges faster than comparable electric motorcycles today.  This also applies to the real range of the e-bike.  Staying with the comparisons, one can also mention the 25% saving in weight.  The TE-1 prototype weighs 220 kg.

Triumph’s first electric motorcycle has even exceeded its own expectations, the motorcycle manufacturer proudly proclaims.

Basically, you could compare the TE-1 with the Speed Triple in terms of ergonomics, geometry and weight distribution.  Visually, however, it is more reminiscent of the Street Triple.  It should offer a typical Triumph riding experience.  The throttle response and torque curve should correspond to the Speed Triple 1200 RS.  Apparently one oriented oneself here very strongly, in order to produce a comparable driving feeling.

A sound was also specially created for the prototype, which is produced by the primary gearbox with helical gearing.  Triumph describes it as a pure, unique and characterful new electric Triumph soundtrack that builds to a hair-raising crescendo.

Not a production model but a strong hint of one

Racer Brandon Paasch: “The throttle response on the TE-1 is kind of incredible, it’s very torquey and when you first touch the throttle it’s instant power, which is obviously what I love as a motorcycle racer – I love when it’s super-torquey and picks up right away, so for me it was a really great experience” said Brandon. “I got to peg this thing all the way from zero to 100% throttle and it’s unbelievably quick, it pulls like crazy.”

“I wish I’d had this at Daytona, that acceleration in this chassis, and how it corners – wow!” said Brandon Paasch. “I think this would be a really nice motorcycle to ride on the street, just based on how nimble and agile it is, and how light it feels.”

Steve Sargent, Chief Product Officer, Triumph Motorcycles: “We have already seen an incredibly positive reaction to the TE-1 prototype from motorcyclists all around the world, where many people are telling us that for the first time, they are seeing an electric motorcycle as desirable, and something that they would genuinely want to own. Being the first step in our journey towards developing our future approach to electric powertrain technology, the TE-1 prototype and the incredible results it has achieved in its intensive testing programme has provided crucial insights and capabilities that will ultimately guide our future development. Of course, the final production motorcycle will not be exactly what you see here today, but rest assured, the models we do develop will encompass all of its learnings and its exciting dynamic spirit.”

“We are incredibly proud to be able to share such positive outcomes from the completion of Project Triumph TE‑1, where the prototype demonstrator has exceeded many of our initial targets and expectations. Everyone on the team is thrilled with the results we have achieved with our partners, and how the outcomes of the project will feed into the electric future to come from Triumph.” Nick Bloor, CEO, Triumph Motorcycles.

“We’re delighted to see the final TE-1 motorcycle testing phase completed and with that, further validation of the performance and efficiency of our Scalable Ultra-Integrated Motor and Inverter.

For the TE-1 application, the motor has achieved peak and continuous power densities of 13kW/kg and 9kW/kg respectively; 60% higher than APC technology roadmap targets for 2025. All this has been achieved using materials and processes compatible with volume automotive production and on a length scalable motor platform. The motor scalability concept deployed on TE-1 has provided a springboard for a new scalable motor architecture, to be announced later this year, which will provide similar performance levels but much greater manufacturing scale than previously.

The ultra-integrated inverter concept, also scalable such that the number of Silicon-Carbide power stages increases for larger diameter motors has really delivered on performance (capable of >500kW) and gives us the opportunity to optimise for production or meet much higher power requirements.

We’re really proud to have been a key part of this exciting project which has been a landmark for electric motorcycles and British industry.” 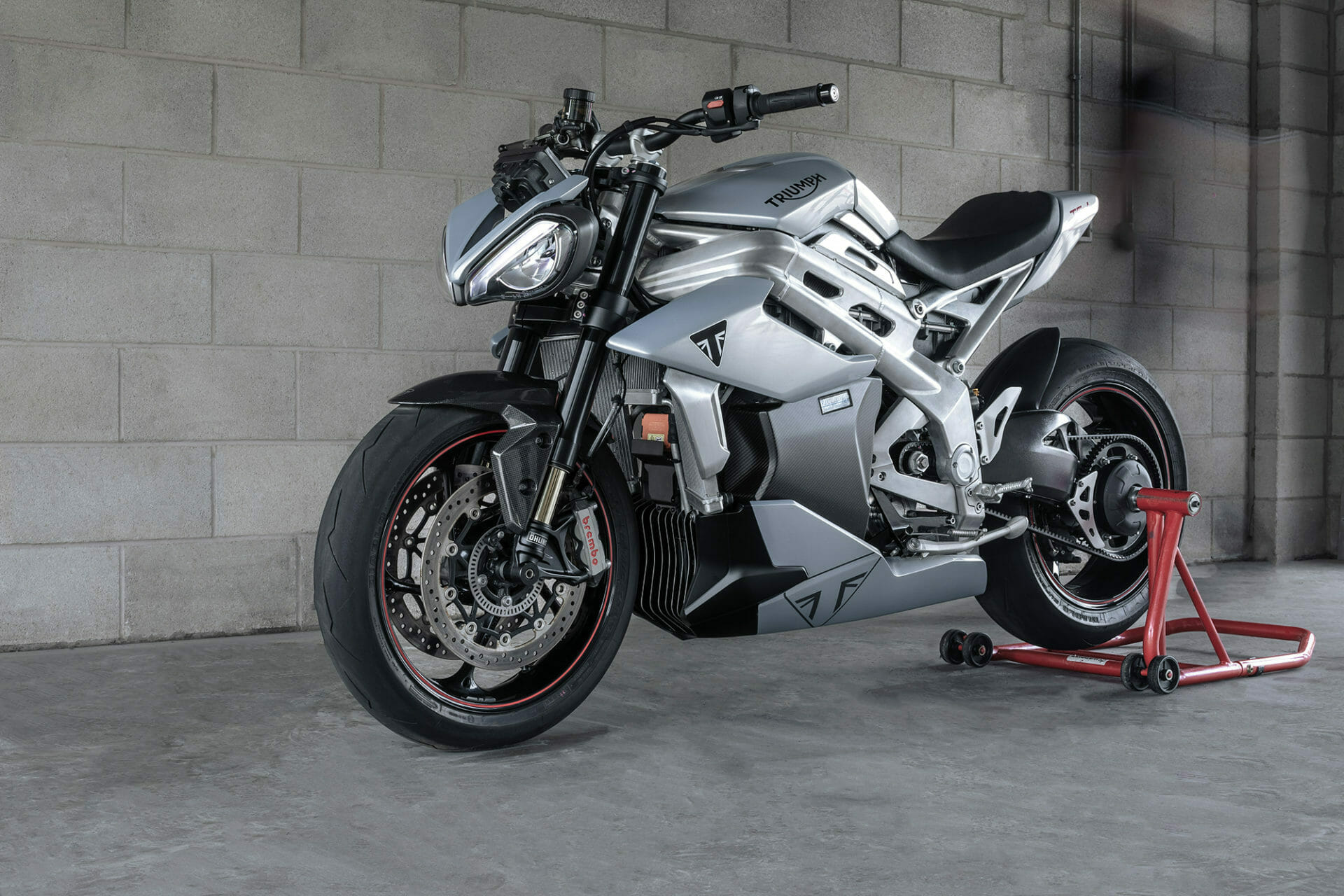