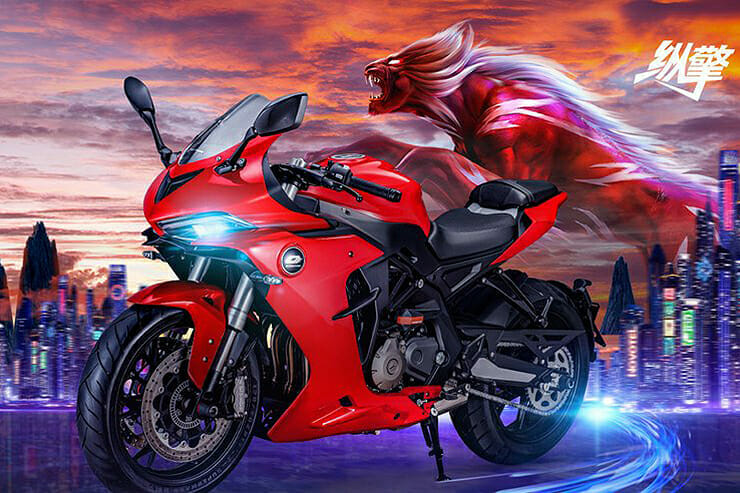 5 min read
Cinema Mode
QJMotor was founded only recently and has already been able to present a number of models that are in production. The company serves a wide range of segments.

QJMotor was founded only recently and has already been able to present a number of models that are in production. The company serves a wide range of segments.

QJMotor belongs to the parent company Qianjiang, to which Benelli also belongs. Therefore, they could fall back on a variety of components of existing motorcycles. With their models they want to serve the new market for top class Chinese motorcycles.

It is equipped with LED lighting, quickshifter and slipper clutch. The buttons on the handlebars have backlighting.

The SRT 750 is the largest motorcycle from QJMotor to date. It is equipped with the 754cc parallel twin, which is also used in the Benelli 752S and Leoncino 800. It is said to be closely related to the Benelli TRK 800, which has not yet been presented.

There will be two versions, one with 17-inch light-alloy wheels and a second version with wire wheels in 19-inch front and 17-inch rear.

The SRT 750 is also equipped with LED lighting, Keyless Go and TFT display. However, the display here is 7 inches in size.

The SRV 500 is QJMotors interpretation of the Benelli 502c and has a Diavel style with oval LED headlight. The Benelli 500cc Twin is used as the power unit, which delivers 48 HP at 8,500 rpm and 47 Nm at 5,500 rpm. It has been transplanted into a tubular steel frame. A traditional fork and a Monoshock shock absorber are used for damping. The weight is stated as 198 kg. The tank holds 14 liters.

Here too there is LED lighting, ABS from Bosch, a TFT display and backlit controls. The weight is 176 kg, with the center of gravity of the motorcycle being quite low. The seat height is 800mm.

The Turismo Sport 250 is equipped with the smallest QJMotor they have in the program, whereas the 250cc engine for Chinese models is actually already considered big. It produces 17.4 HP, which is not very much for 250cc.