More than 110000 Multistrada models have been produced so far. For 2021 the new Multistrada V4 will be launched and the production has already started. Some data have already been announced, the official presentation will follow on November 4th.

The Multistrada V4 is the first motorcycle to use new radar technology at the front and rear. Ducati promises a real revolution through this technology and new standards of comfort and driving assistance.

The motorcycle’s surroundings are constantly monitored by the radar units at the front and rear. The radar unit, measuring 70x60x28 mm, is quite compact and weighs only 190 grams. The radar has an influence on the adaptive cruise control. Based on the data from the system, the motorcycle accelerates or brakes automatically to adjust the distance to other vehicles. There are four different control levels and it works at speeds from 30 to 160 km/h.

The rear radar detects vehicles in the blind spot or vehicles approaching at high speed from behind.

The system was derived from the car and adapted to the dynamics and ergonomics of a motorcycle. Ducati and Politecnico de Milano experimented with this type of technology as early as 2016. It was then developed within four years in collaboration with Bosch.

For the fourth Multistrada generation, a new, light and compact V4 engine was developed to meet the requirements of “adventure use”. According to Ducati, neither emotions nor sportiness are neglected. Record breaking maintenance intervals are said to have been realized for the two-wheeler sector. Further information or performance data will only be announced when the engine is presented on October the 15th. 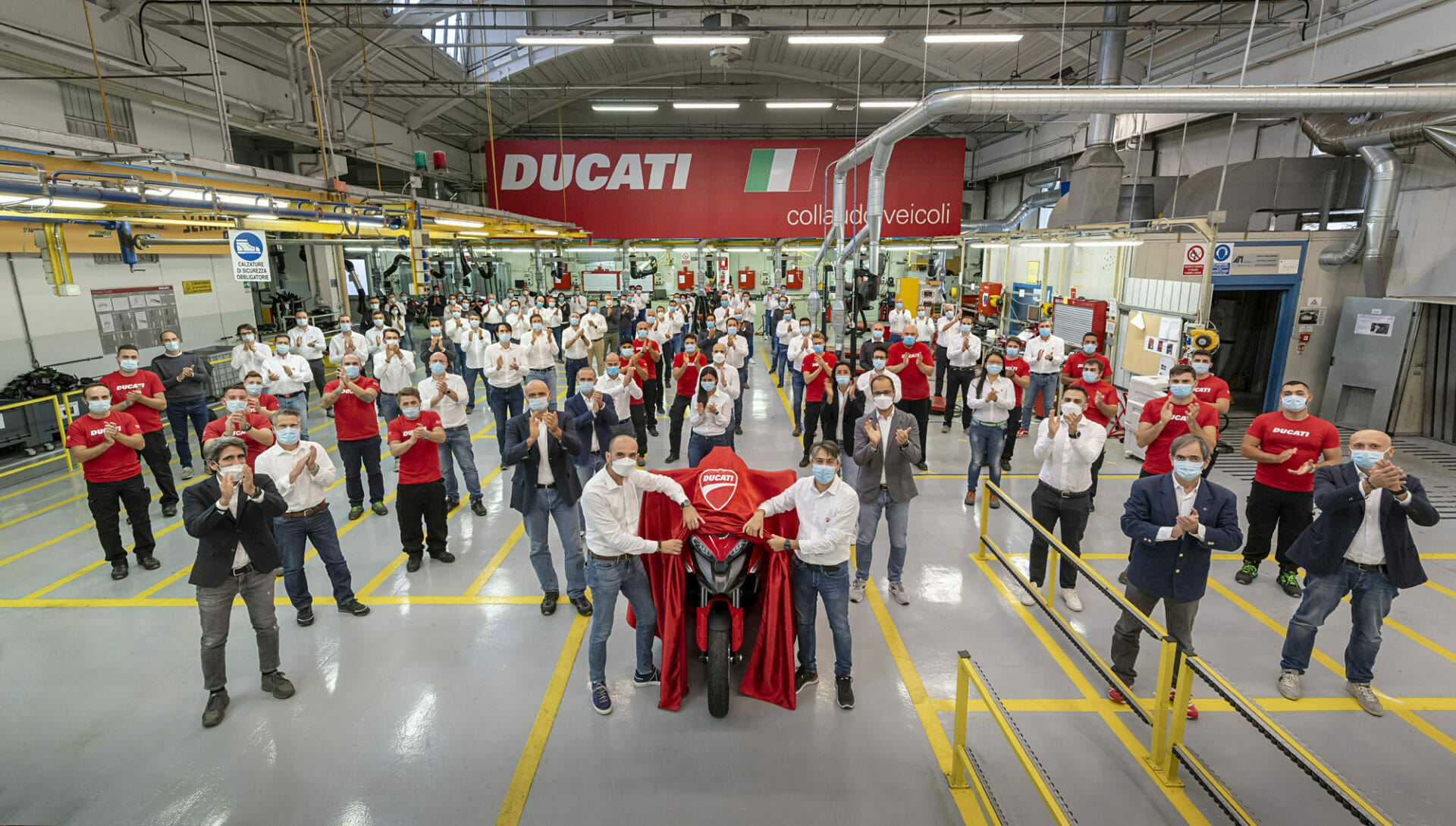