Until now, motorcycle driving simulators were usually only found in arcades, so the reality content was usually not very high. Driving simulator specialist Vi-Grade could change that in the future, at least they have filed a patent to that effect.

According to the patent, a motorcycle in a stable frame is attached to six hydraulic arms, which allow the motorcycle to be tilted in a safe manner. To secure the rider and provide a realistic experience, he will also be secured with straps.

The simulator is said to be able to realistically replicate all the forces that can affect the rider and motorcycle. When accelerating, for example, the rider is pulled backwards, or when braking he has to counter the centrifugal force, which actually still pushes him forward, with his arms and knees.

Since the system is likely to be too expensive to be used only for video games, its use will probably be limited to professional applications. Racing drivers could also train away from the race track with an appropriate simulator. It would thus be possible to “train on a race track” without actually being there. This is already standard in Formula 1, and motorcycle racing could certainly benefit from it as well.

It should be noted, however, that this is only a patent so far. Whether or when it will become a finished product is still written in the stars. 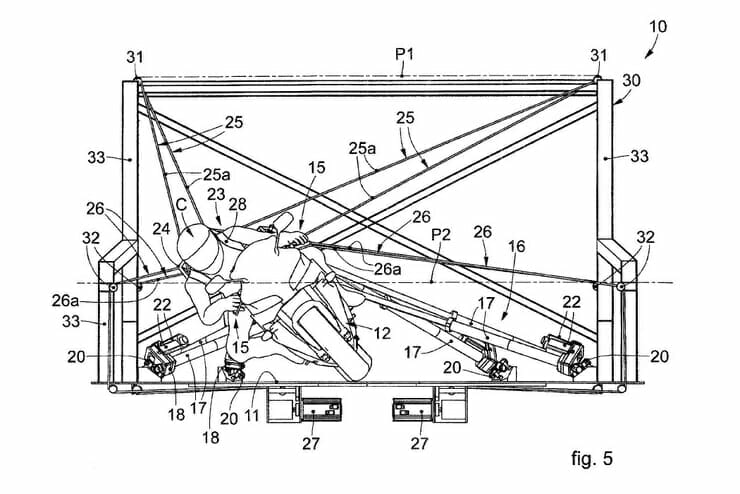