Most of the accidents between motorcycles and cars probably happen at intersections. For this reason, a new system is being tested in Auckland that consists of road markings, flashing smart studs on the road, electronic signs and video analysis. The system will be installed on Dominion Road, as there were 29 accidents involving motorcycles between 2014 and 2018.

However, the reason for the many accidents are not raging bikers, but a special feature of New Zealand’s city traffic. Motorcyclists use the bus lane. Between the bus lane and the normal traffic lanes, however, there is a parking strip that separates the bus lane from the lanes open for oncoming traffic next to it. Due to the parked vehicles, motorcyclists are often poorly seen or overlooked by turning vehicles.

How the system works

The system will be tested this year. One hopes to drastically reduce serious motorcycle accidents. 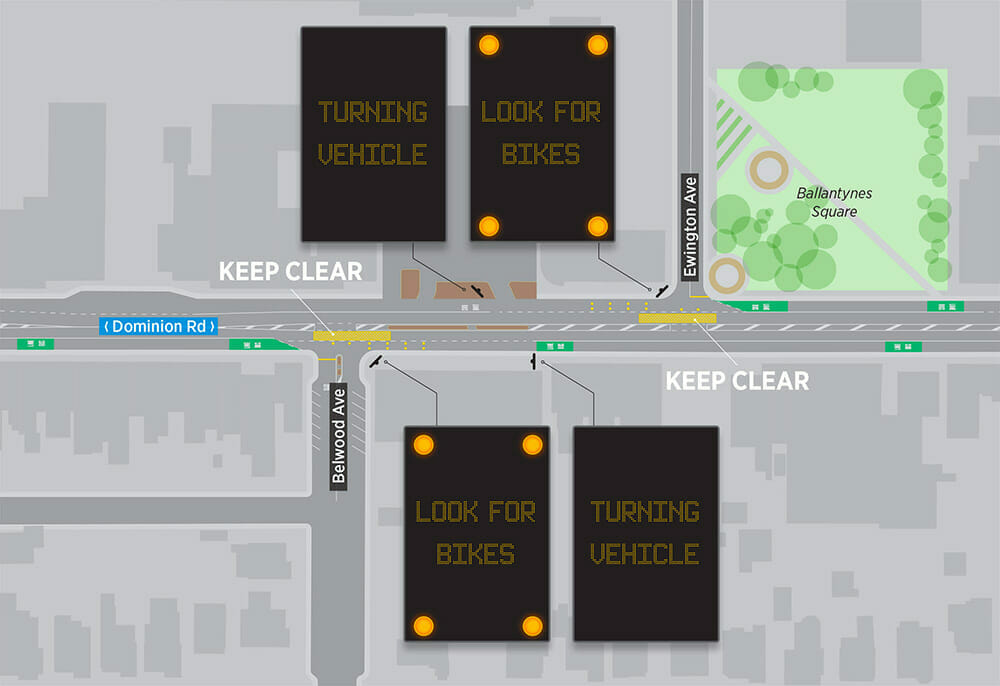