2 min read
Cinema Mode
Norton has unveiled a prototype of a new cafe racer based on the full fairing V4SV.

Norton has unveiled a prototype of a new cafe racer based on the full fairing V4SV.

After the acquisition by TVS, Norton already announced a new V4SV. Apparently they also want to build a Cafe Racer from the super sports bike, at least they now presented a corresponding prototype.

Also in the Cafe Racer version the well-known 1,200 cc V4 engine was installed. In the V4SS it produces 185 PS at 12,500 rpm and 125 Nm at 9,000 rpm. If and how it will be reworked or adjusted differently for the Cafe Racer remains of course open. It was mounted in the familiar polished aluminum frame. The aluminum swingarm is also polished.

To lower the center of gravity, the tank was installed under the seat. Öhlins was used for the damping components and Brembo for the brakes. So nothing has changed in terms of the high-quality components.

The prototype is currently on view at Motorcycle Live. Whether the Norton V4CR will also go into series production is not yet known. On the homepage Norton writes “The V4CR is a prototype, so some details may still change. Specifications will be posted on this page as soon as they are finalized.” – which already sounds a lot like a planned series production. 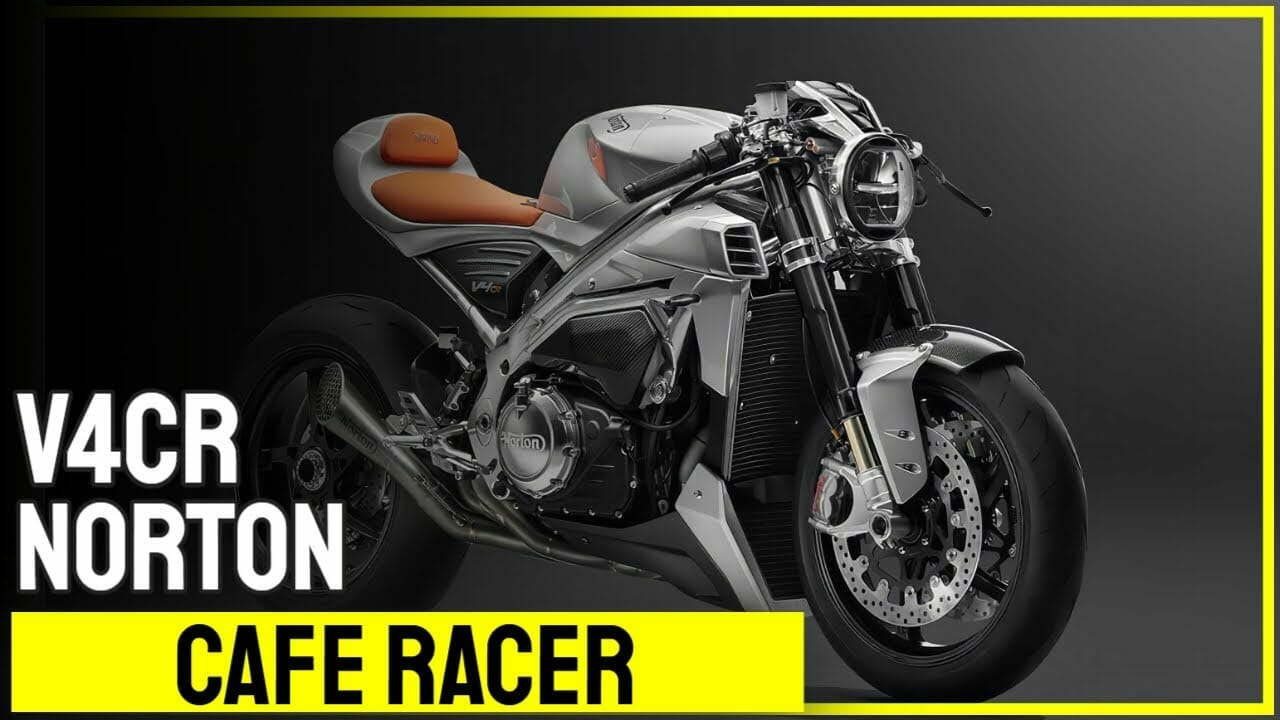