The engine has 1,769 cc and will first propel the new Indian Challenger, an all-new, fixed-fairing bagger that utilises Indian Motorcycle’s state-of-the-art technology to become the highest-performing American V-twin ever developed.

With the name PowerPlus, one would like to pay tribute to the legendary Indian PowerPlus (1916-1924).

“We challenge our engineers with the notion that anything less than best-in-class design and performance will simply not get it done, and it’s clear with this new engine that they have delivered on that high standard,” said Steve Menneto, Indian Motorcycle President. “Countless hours were spent in design, development and testing to ensure this is the best liquid-cooled V-twin ever developed, and I could not be prouder of our team and this incredible motor.”

The PowerPlus has features of the liquid-cooled 1,133cc Scout engine, with overhead camshafts and four valves per cylinder. The newer engine, however, put more emphasis on a huge torque and maximum power output over the entire speed range.

It also got a six-speed gearbox with overdrive, an assist clutch, and three driving modes.

“You simply cannot deliver the ultimate bagger without an engine that stands head and shoulders above anything else in its class, and that was the motivation behind the PowerPlus,” said John Callahan, Indian Motorcycle Vice President, Engineering. “We developed the most sophisticated V-twin powerplant in the industry, and then we spent month after month, hour upon hour, putting it through the most intense paces to ensure it could take whatever we threw at it. The end result is something truly special.” 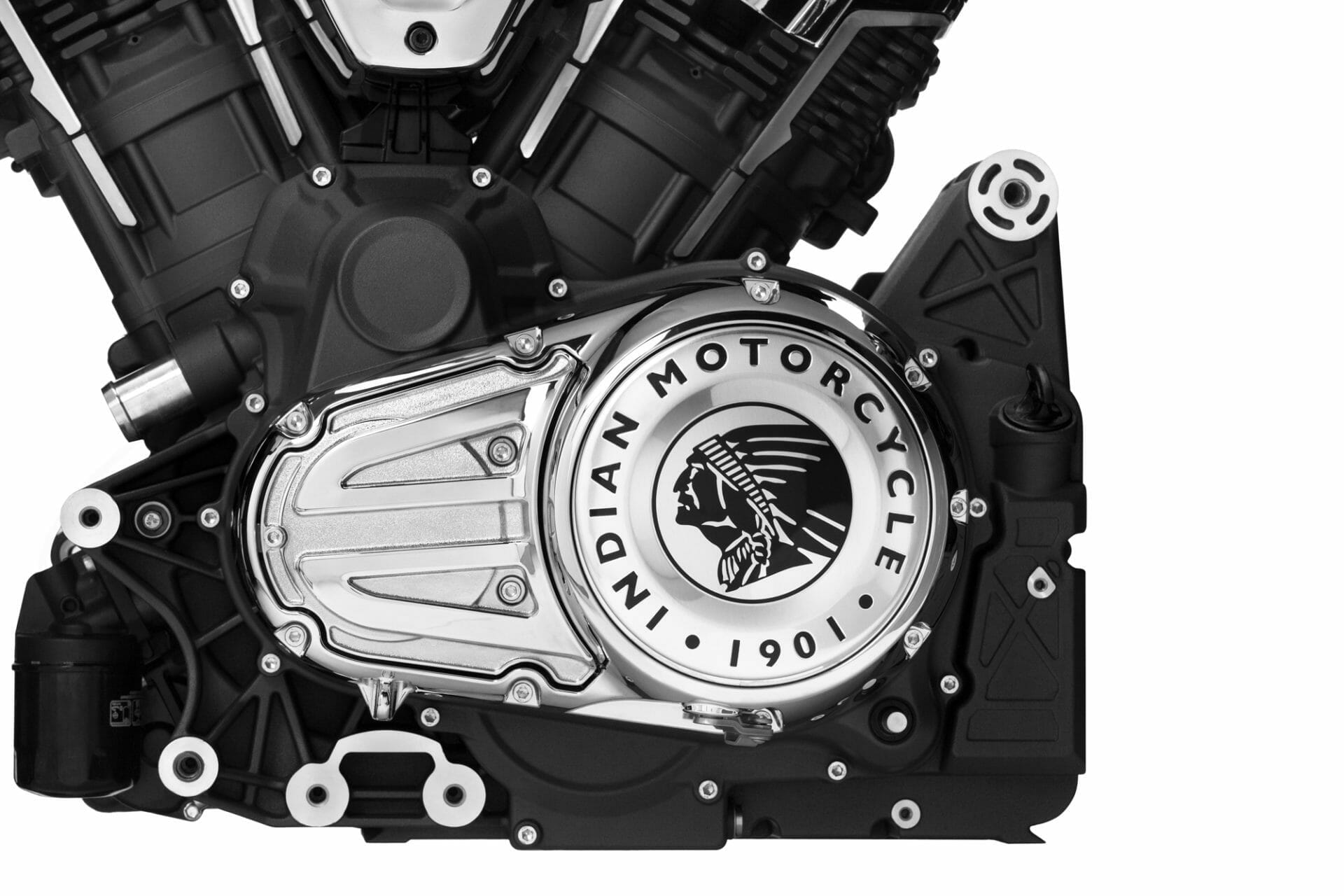