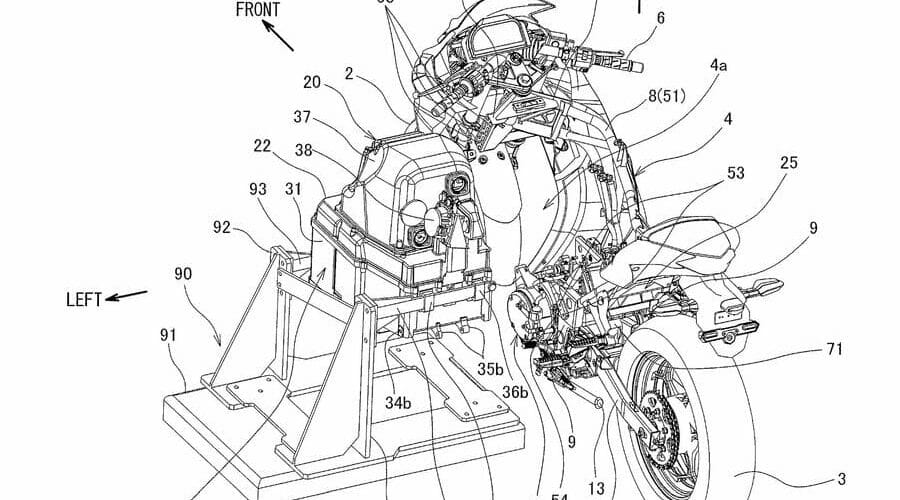 Is an electric mid-range bike from Kawa coming?

On the patent drawings you can see a motorcycle with a tubular frame, which can be opened to exchange the necessary for the electric drive battery. The heavy battery can be lifted over a carriage, removed and thus easily and quickly exchanged for a full battery unit. Long load times are bypassed in this way.

Since electric motors also need a specific temperature window to work optimally, Kawasaki has filed two more patents. Once it is a kind of RamAir, which directs the cooling wind on the battery. The second patent shows the engine / transmission unit which is cooled with oil. To keep the oil at temperature it runs through a large oil cooler.

Whether this will really come on the market is still open. 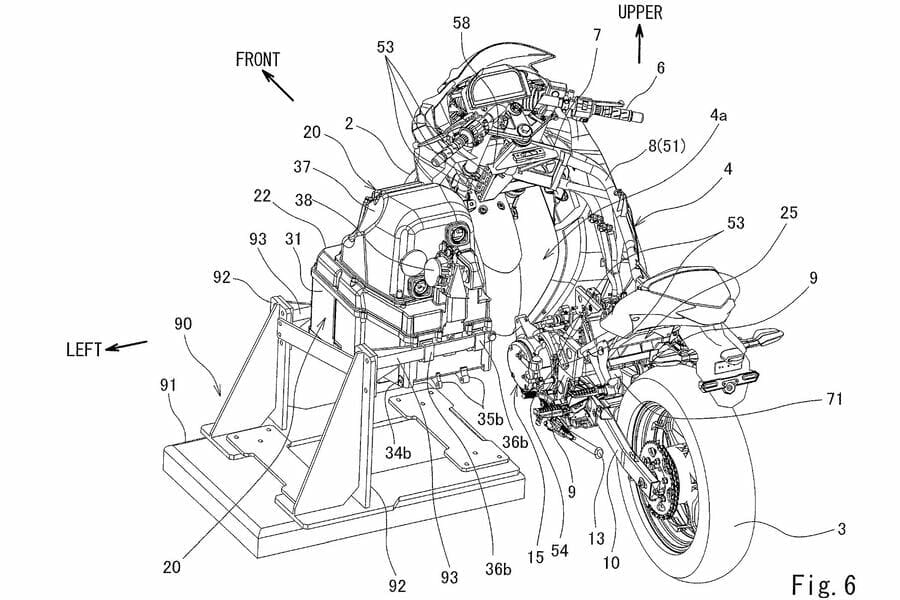