Is this Kawasaki’s electric future? 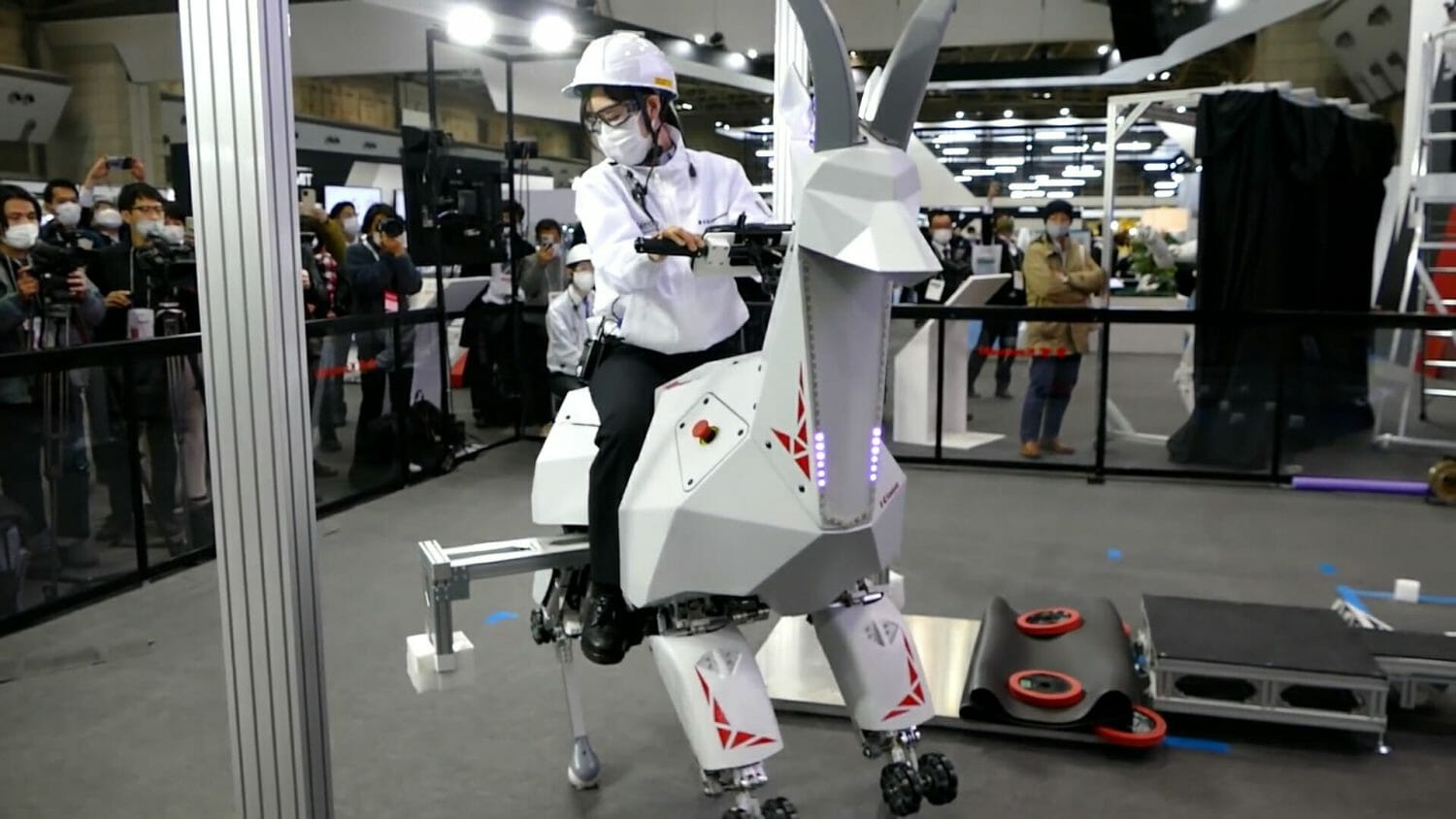 It is well known that Kawasaki also wants to build electric motorcycles in the future and is already working on them. However, the fact that they are working on a modern, electric version of Rudolph the Red-Nosed Reindeer is surprising.

What at first glance looks like a premature April Fool’s joke is Kawasaki’s contribution to the International Robot Exhibition 2022. No, it’s not meant to represent Kawasaki’s future in terms of motorcycles, but the fact that the “vehicle” is equipped with handlebars and you can also “ride” on it almost forces one to make this comparison.

Soberly, this is a robot ibex called Bex (ibex in English). Like Honda, Kawasaki is also working in the field of robotics and at the show Bex showcased its capabilities. It is able to carry loads up to 100 kg. A human can also sit on its back and then steer Bex via a handlebar. However, it is also possible for him to be equipped with a kind of luggage carrier to carry loads over rough terrain. Bex can also “kneel down” in which case he sits on wheels with which he can then also “drive”.