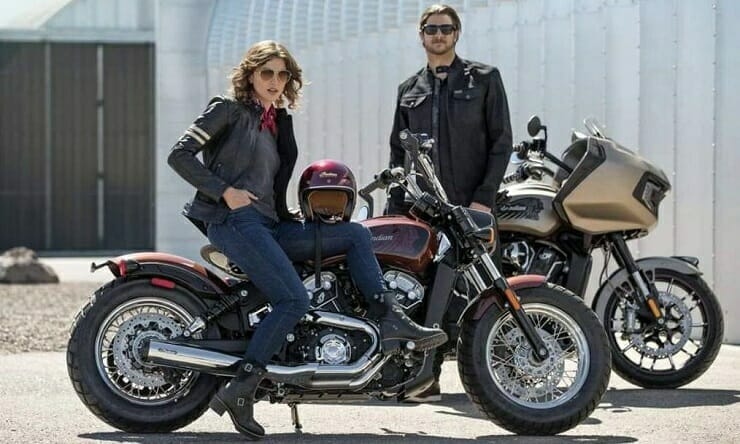 Indian Motorcycles has already unveiled a new engine, a water-cooled 1769cc V-Twin. It should drive at first the Indian Challenger. But there will be three versions of the Challenger.

The engine is called PowerPlus and makes 120,6 hp and 178 Nm. The Indian Challenger will be presented in the next few days, but has already been leaked by Indian. In a press release for the 2020 Scout models is a picture in which the Challenger is already visible in the background (it is the golden motorcycle).

In addition to the first picture, emissions documents from the California Air Resources Board (CARB) have emerged, showing that the Challenger will be available in three different versions:

Since all three versions are specified with the same engine and the same weight, they will probably differ only slightly, which is probably synonymous mainly confined to the optics.

As with other Dark Horse models, it can be assumed that it will come in a dark design, in which all chrome surfaces were blackened.