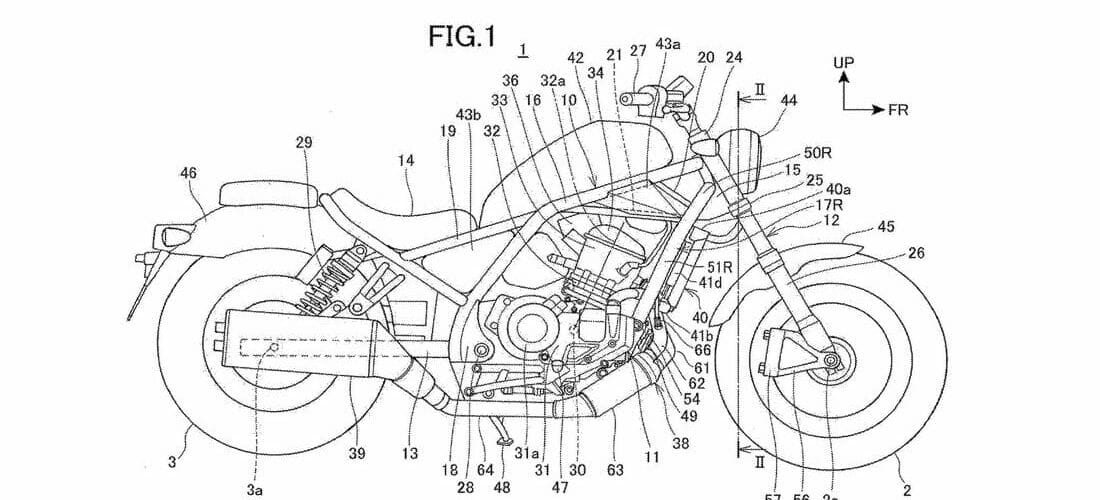 2 min read
Cinema Mode
Rumors about a bigger Honda Rebel 1100 have been around for quite some time. Patent applications appearing on the Internet confirmed these rumors.

Rumors about a bigger Honda Rebel 1100 have been around for quite some time. Patent applications appearing on the Internet confirmed these rumors.

The Rebel 1100 gets the engine of the CRF 1100 L Africa Twin. The 270 degree two-cylinder with 1.084cc meets the Euro5 norm and should deliver about 100 HP in the big Rebel. One may assume that the engine will be tuned for a little more torque in the lower speed range. Should one stay below the 70 kW limit (95 hp) then even an A2-compliant reduction would be possible and the Rebel 1100 could be introduced on the European market as an entry model.

The double clutch transmission of the Africa Twin is also used in the new Rebel. The frame from the sketch is mostly the same as the frame of the small Rebel 500, but adjustments are necessary to integrate the 1084cc twin cylinder. All in all the upcoming model looks bigger and more beefy.

The two Rebel siblings share the use of a traditional telescopic fork, stereo shock absorbers and a 2-in-1 exhaust on the right side.

The suspension struts of the large Rebel models, however, have an expansion tank.

An announcement of the new model should not be too long in coming. 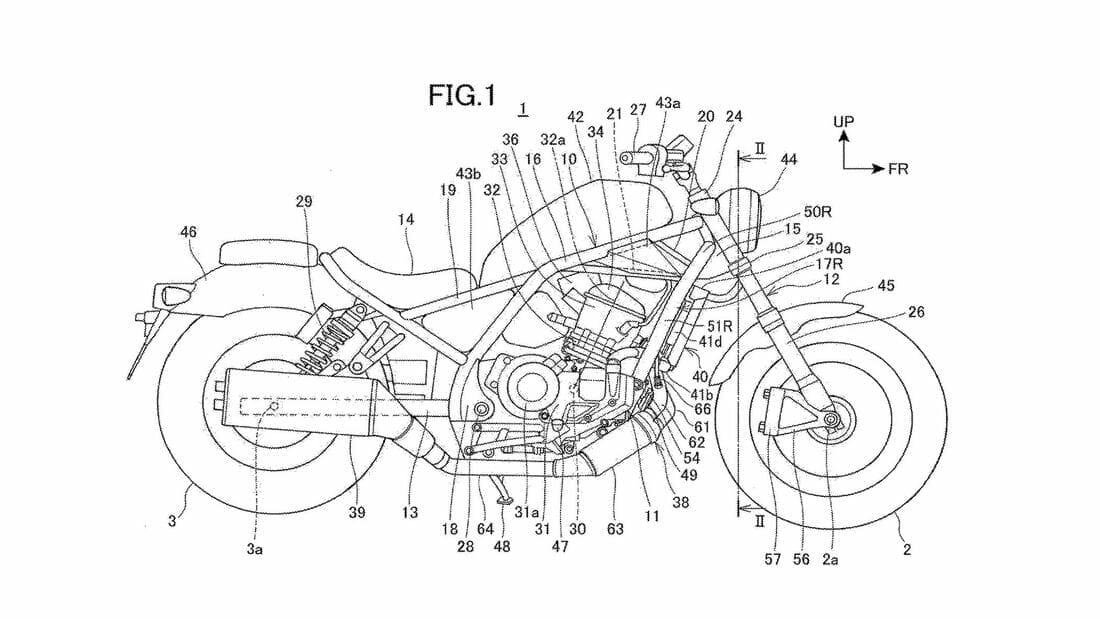