3 min read
Cinema Mode
It has been no secret for a long time that Honda will launch a new Hornet on the market.  Now Honda has revealed details of the engine concept that will provide propulsion in the upcoming Hornet.

It has been no secret for a long time that Honda will launch a new Hornet on the market.  Now Honda has revealed details of the engine concept that will provide propulsion in the upcoming Hornet.

Honda describes the engine as light and compact, plus it is said to have a rev-happy character and plenty of top-end power.  A rich amount of mid-range torque is said to provide effortless acceleration.  The combination of a 270° crankshaft and uneven ignition interval, along with a carefully tuned exhaust system, is said to be responsible for a distinctive pulsation and an entertaining sound.

“The Hornet has always been regarded by Honda as a special motorcycle that combines exciting looks with exhilarating performance and smooth handling. Before we embarked on the new project, we racked our brains long and hard over what kind of performance potential buyers would want. On the one hand, it was clear to hold on to the legendary punch; on the other hand, it was important to design a new-generation Hornet for modern times, in which the engine also shines with strong torque and offers a pleasingly pulsating running culture. Convincingly agile handling was also one of the objectives, in order to make every ride – in the city, on country roads and during dedicated cornering enjoyment – as appealing and fulfilling as possible.

That’s why we developed an all-new short-stroke two-cylinder engine with a 270° crankshaft to combine the best possible sporty performance with likeable character and light-footed handling, just as we had in mind. This made possible not only the typical Hornet kick, but also powerful pull from the rev range, which is crucial for riding pleasure in city traffic as well as powering out of nice country road curves.” 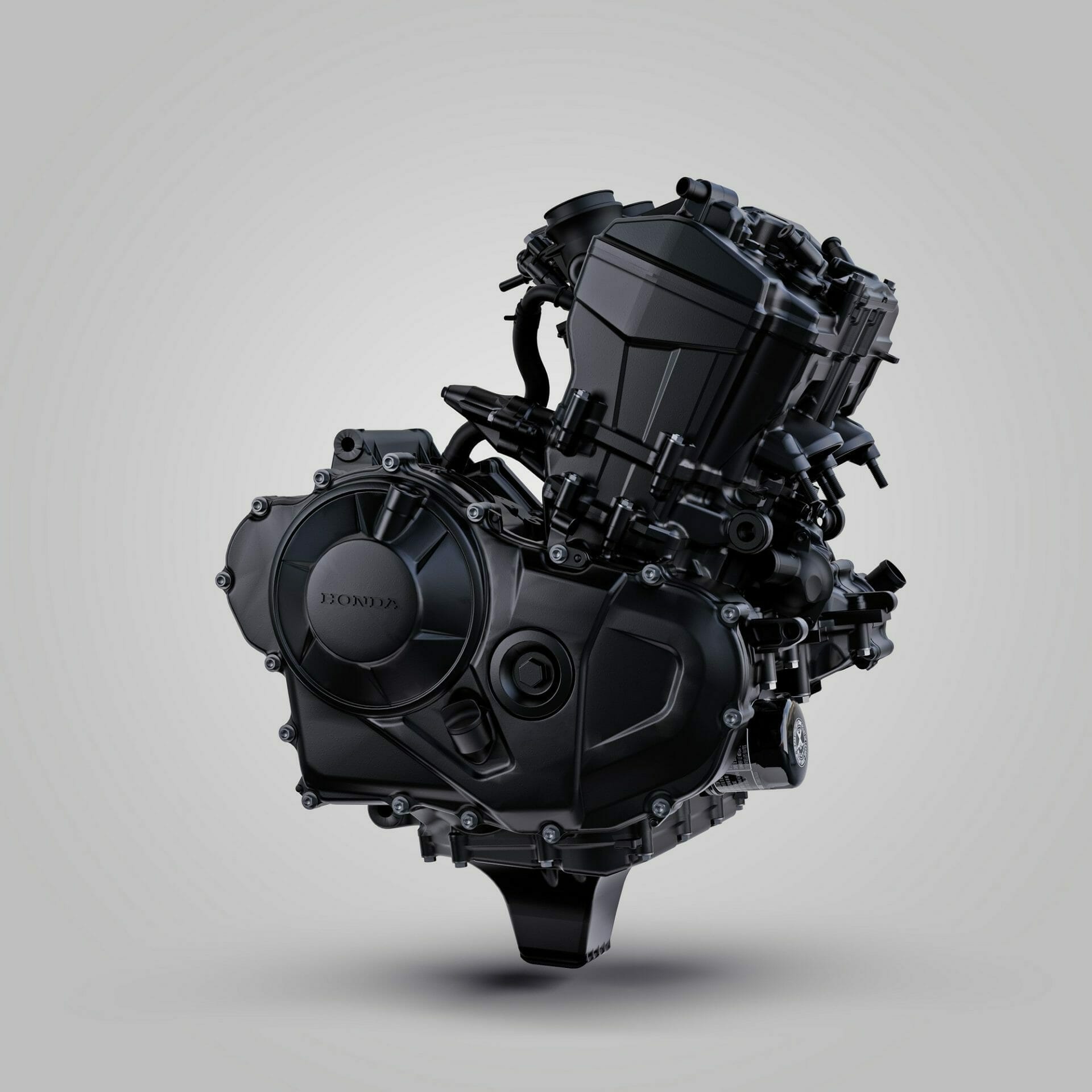