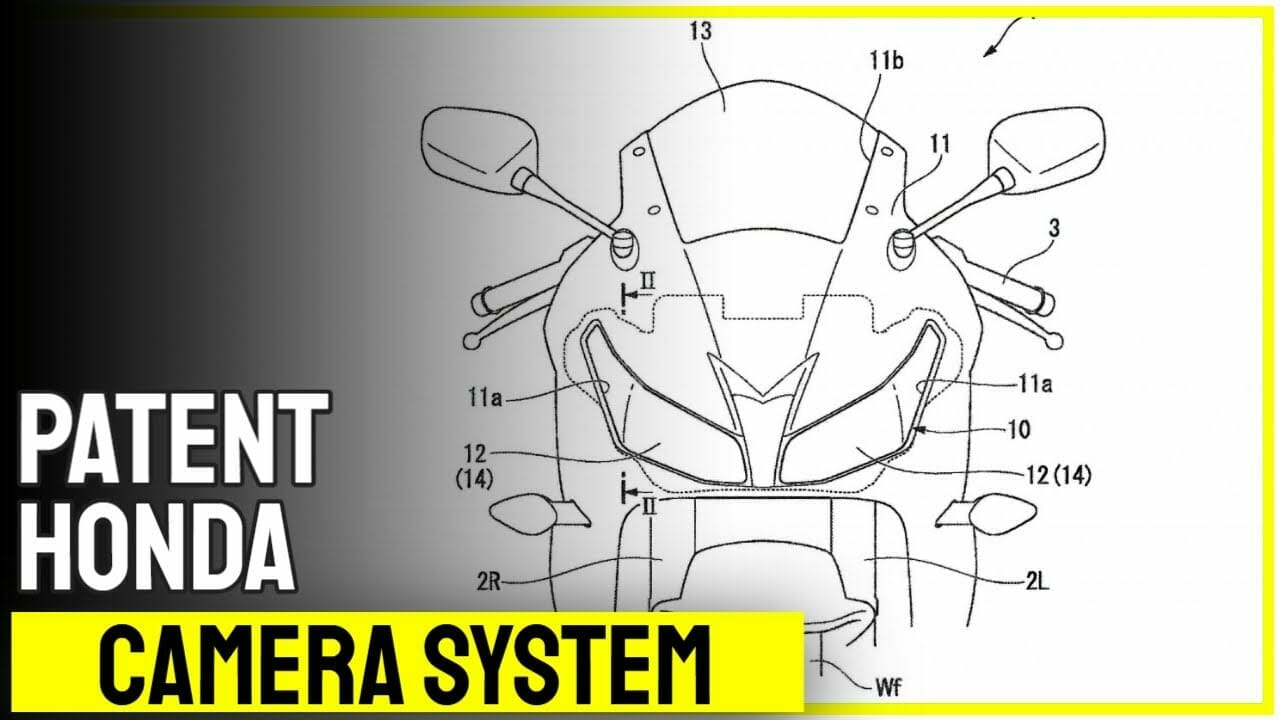 After radar systems are already used in several motorcycles, manufacturers are also working on an alternative or extension, a camera system. Kawasaki has already filed patents for this, and now patents from Honda have also appeared on the web.

Radar systems to enable automatic cruise control, which also adjusts the speed depending on traffic and distance to the “car in front”, already exist. Honda has also announced a corresponding technology for the Gold Wing and Africa Twin. But they are also working on camera systems that can collect data on the road and traffic.

This data could also flow into an automatic cruise control system, opening up further possibilities. Radar systems offer good and reliable technology when it comes to estimating distances, even in poor visibility conditions. However, they cannot estimate road conditions or even read traffic signs. However, this is possible with a camera system and the appropriate software.

With a corresponding system, the cruise control could therefore automatically adjust the speed according to the traffic signs. So if one comes into an 80 limit on a country road, the system would automatically slow the motorcycle down to 80 km/h and accelerate again to 100 km/h after the limit is lifted.

Brake lights or turn signals could also be taken into account, which could not be detected by a radar system.

Integrated in the headlamp

Honda wants to integrate the cameras into the headlights. This gives the sensors an unobstructed “view” of the conditions in front of the motorcycle and also protects them from the weather.

The patent does not mean that Honda will rely on cameras instead of radar in the future. It doesn’t have to be an “either, or” situation. The two technologies can complement each other wonderfully, as both systems have their advantages.