The two-cylinder engines dominate in the adventure area. Only Kawasaki and BMW equip their models with four-cylinder, but the Versys 1000 and the S1000XR are only partially suitable for off-road use and are more intended for the road.
Honda now seems to want to equip an ADV motorcycle with a four-cylinder, as patent drawings show.

Four-cylinder are usually not particularly well suited for adventure motorcycles, as they are usually larger than other engine configurations with a similar displacement. ADVs are designed narrow and a wide engine does not fit, or contradicts the concept.
In addition, in-line four-cylinder engines were originally developed for sporty street motorcycles and power and torque are achieved through high engine speeds. This, in turn, does not fit an adventure bike that rather requires high torque at low speeds.

If you look at Honda’s engineering drawings, the model seems to be more for the road than serious off-road trips. The body looks rather sporty and spoke wheels, which are preferred off-road, are not shown.
Honda could use their existing 650cc in-line four-cylinder that could still best fit to an ADV motorcycle. 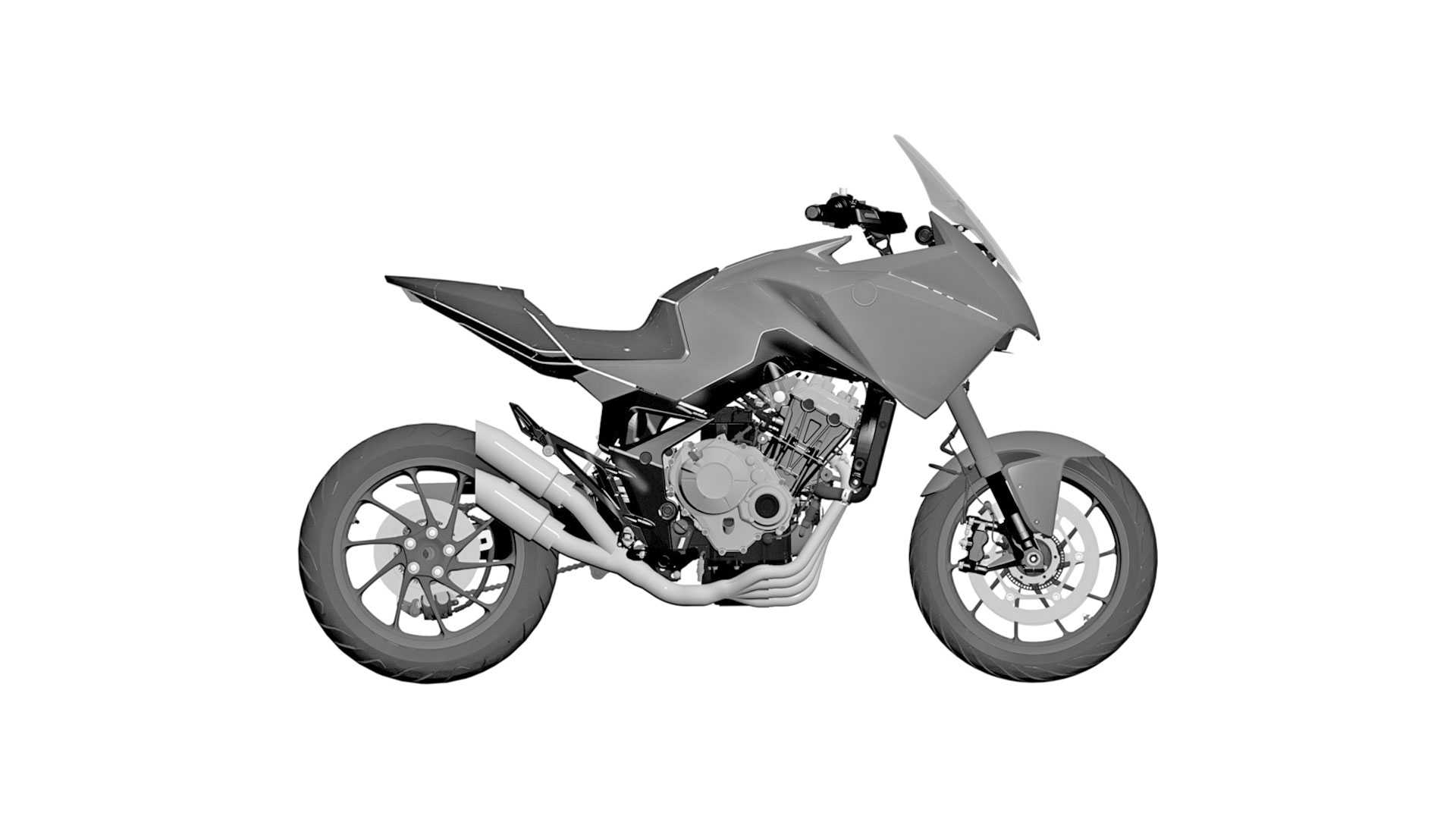